Tensions are believed to be growing between Princess Mary and her sister-in-law Princess Marie – with the bitterness slowly threatening to expose cracks in the Danish Royal family.

The relationship between the Australian-born Mary – who married Prince Frederik of Denmark in 2004 – and her sister-in-law is believed to have gone rapidly downhill in recent months.

The frosty attitude towards each is thought to have begun when French-born Marie – the wife of Frederik’s younger brother Prince Joachim – aired her complaints about having to move her family to Paris permanently this year.

Joachim suffered a life-threatening health scare in July while studying at a military school in France when doctors found a deadly blood clot on his brain.

But eyebrows were raised after Frederik visited his brother at his French residence Château de Cayx with Mary nowhere to be seen.

Princess Mary meanwhile celebrated Christmas with just her husband and children – with royals suggesting the decision had little to do with COVID-19 rules on small gatherings.

The recent tensions follow speculation first reported by Daily Mail Australia in 2015 Princess Mary had become estranged from her own family back Down Under.

A Danish Royal House spokesman at the time denied any rift had taken place.

Prince Joachim’s family temporarily had moved to Paris at the start of 2019 as the royal took part in the highly intensive six-day-a-week military training program.

He was due to return to Denmark by the end of 2020 but after his health scare he decided to stay on and took up the role of defence attache at the Danish embassy in Paris.

Princess Marie said in July the decision to stay in France wasn’t entirely theirs.

‘No. It is not always us who decide. I think that’s important to know,’ the French princess told Danish magazine See and Hear.

‘I loved living in Denmark. Denmark is just such a wonderful country to be in. Everything works well and there are not many problems.’

Princess Marie’s comments have since been likened to Meghan Markle’s bombshell interview in South Africa when she said she was not coping with royal life. The relationship is believed to have gone downhill after Princess Marie, who is married to Prince Joachim, aired her complaints about having to move her family to Paris (pictured Princess Mary, and Princess Marie with Queen Margrethe of Denmark and children) The Hobart-born princess married Prince Frederik, the next in line for the Danish throne, in 2004 after a chance encounter at a Sydney pub in 2000 Marie, who is French, became Joachim’s second wife in 2008

‘They are very different people, one is European and not only European, she is French, where Mary is the Princess of Denmark and this makes her number one,’ she said.

More questions were raised after the two princesses were seen at clashing events in recent months.

Princess Marie returned to Denmark in September for a charity opening in Copenhagen.

Just two hours earlier, her sister-in-law had been in the city to present the annual DI Prize to a company that had made sustainable and eco-friendly construction panels.

The pair have also been spotted several times in outfits that are near identical to ones the other had earlier worn.

Because Joachim is the younger brother to Prince Frederik he will not take on the throne – meaning unlike Mary, Marie will never be queen.

Red hot: Mary turned heads in this layered gown for a water pageant in 2013 (left) while Marie wore a similar dress to Amalienborg Palace in 2014 (right)

Princess Mary married Frederik in 2004 and the pair have four children together.

Speculation arose of a rift between Mary and her family after a series of posts that appeared to be written by her brother John Donaldson surfaced in 2015.

A spokesperson for the Danish Royal House suggested the posts referring to Mary as ‘she who shall not be named’ were false.

‘We believe that this is a case of obvious abuse,’ Royal House press officer Lene Balleby told Danish publication BT.dk. Princess Mary is seen with her four children and husband Frederik. Frederik is the next in line to the Danish throne

‘It is all too easy to make false profile pages, and in this case it is [Mary’s] brother’s identity that has been misused.’

Speculation about a family feud between Mary and the Donaldson family were aired in weekly magazine New Idea, which highlighted a Facebook post from August 2014 on a profile belonging to a John Stuart Donaldson.

‘Holiday with the sisters in Rome. Not sure if I’ll be keeping the scruff this way… Happy to see my sisters again, having a great time,’ the post read, alongside a photo of John Donaldson, 45, in colourful holiday wear.

In a comment below the picture, a Facebook profile belonging to ‘John Dalgleish Donaldson’, the name of Princess Mary’s father, remarked: ‘I hope the 3 of you have a great time. Take lots of pictures. Enjoy it, you’ve deserved it. Lots of love from Susan and I. ‘She who shall not be named’: A Facebook post from 2014 on a profile appearing to belong to John Stuart Donaldson sparked the speculation – but the royal family has suggested it is fake

They added: ‘Has she who shall not be named refuse to go with you or you did not extend her the offer [sic]?’

‘Did not bother to ask, dad. Trish isn’t speaking to her right now and we wanted to enjoy ourselves. Will do on everything else!’ was the reply.

While it is unclear who the woman the Facebook users are referring to is, it was speculated that they were discussing Crown Princess Mary, and that ‘Trish’ refers to their sister Patricia Bailey.

The posts were eventually made private or removed from the Facebook profile.

Mr Donaldson, Mrs Bailey and their sister Jane Stephens grew up very close to Mary, with Mr Donaldson, as godfather of Mary’s son Prince Vincent, attending his christening in 2011. Vaccine approval is finally cut from TWENTY days to five 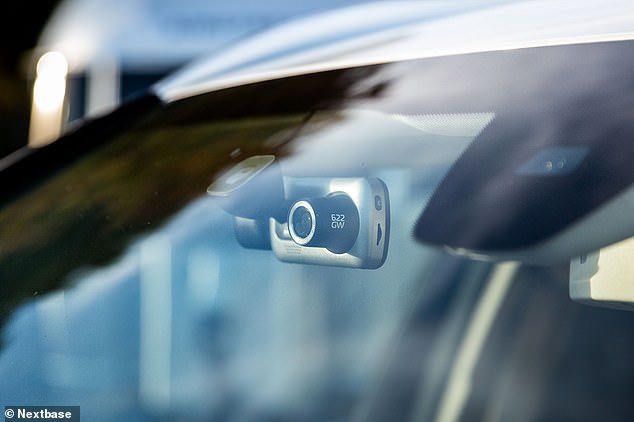 Is it worth buying a dashcam? How footage could help insurance claim