Sophie Turner is making the last day of 2020 a bright one for her fans. She’s sharing never before seen photos from every month of the year, including several while holding her baby bump.

Sophie Turner is looking back fondly at her 2020, sharing a never before seen snapshots taken during every month of the year to her Instagram stories. The 24-year-old became a first time mom on July 27, when she and husband Joe Jonas welcomed their daughter Willa, and included some photos on her Dec. 31 share while holding her baby bump. That’s big news for her fans, as Sophie didn’t share any bump pics of her own while pregnant. In fact, she and Joe never even confirmed they were expecting. But by early May, her growing belly was becoming impossible to hide, as paparazzi photos documented Sophie’s pregnancy.

For the month of January 2020, Sophie shared a photo wearing a plunging green dress while cradling her burgeoning bump. Hubby Joe, 31, stood behind her and had one of his hands on her belly as well. The Game of Thrones star showed her much larger baby bump in a selfie that marked the month of May.

Sophie wore a tight grey skirt with a long sleeve button-up shirt pulled up and tied just above her belly. She took the photo in front of of a mirror inside of her huge closet inside the couple’s Encino, CA estate. By then she was just a few months away from giving birth.

Sophie included one more baby related photo for 2020 to represent the month of July, where she was seen wearing an oversized grey sweatshirt and pants. She didn’t have a visible, large bump like she should have for being nine months along that month — as evidenced in the photo below where she was carrying a heavy belly on July 6. Instead, it appeared that Sophie had already had her baby and was back home in the baby’s nursery. She seemed to have large, wet looking stain on the front of her sweatshirt that she was pointing to, which could have been courtesy of her newborn.

Some of the other photos marking Sophie’s year were so cute, including one for the month of April showing the couple’s adorable pet corgi dressed in a cute GOT themed white doggie shirt that had “The North Remembers” written on it. August and September were devoted to Sophie’s oral surgery, as she apparently had her wisdom teeth removed after she gave birth.

For Aug. 2020, Sophie was seen in a video while still seemingly drugged up from surgery with bloody gauze balls in her mouth. “You feel good?” someone asked as she sat in a wheelchair making pointing motions with her hand as she smiled and have a half-hearted “yeah.” Her Sept. 2020 photo showed Sophie with ice packs on either side of her cheeks, kept in place by ace bandages wrapped around her head.  She ended the year with a sweet photo of her playing in the snow with their corgi as her December 2020 snapshot. 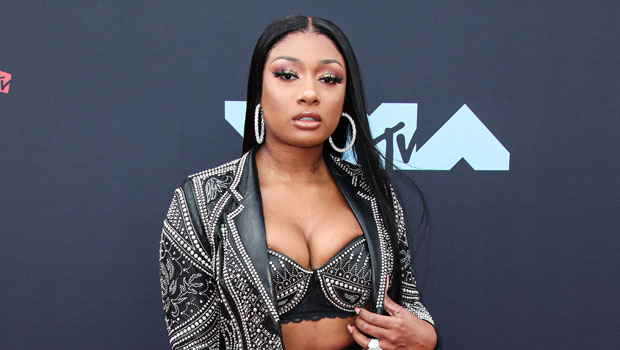