Sydneysiders have marked the start of 2021 with a very early morning dip at the city’s most iconic beach after a night of restricted celebrations.

Revellers splashed their way into the New Year at Bondi Beach, in the eastern suburbs, at 6am on Friday morning after the city rung in January 1 with a shortened fireworks display on a vacated harbour.

The enthusiastic beachgoers stripped down to their underwear and made a dash across the famous golden sand, before bracing the chilly water.

Two women pose from the water at Sydney’s Bondi Beach during the early hours of New Year’s Day shortly after sun rise, enjoying a refreshing dip after a wild night of partying The group were not fazed by the brisk morning conditions, and were instead full of smiles as they played in the waves and danced on the shore.

Couples embraced in the water and on the sand, with some marking the start of the day with a kiss.

Sydney largely banned crowds for its world-renowned pyrotechnic display on New Year’s Eve, while Melbourne’s fireworks were cancelled weeks ago.

The restrictions ensured the Sydney foreshore, including popular vantage points such as the Opera House and The Rocks, were on Thursday night deserted, with no revellers or firework-watchers in sight.

The lively seven-minute fireworks display at midnight carried themes of love and solidarity amid COVID-19, which has killed 909 Australians to date. A couple share a kiss on Bondi Beach after Sydney rung in the beginning of 2021 on Friday, with revellers flooding to the iconic beach for sunrise A couple hold onto each other as they watch the waves roll in at Sydney’s Bondi Beach on New Year’s day, after a subdued celebration across the city

Fireworks forming the shape of a heart were set off on the stroke of midnight.

Sydneysiders mostly watched the display on television, with a permit system established for the CBD only for those with pre-existing hospitality bookings.

Boats were permitted on Sydney Harbour with strict guidelines, while the children-friendly fireworks at 9pm did not go ahead.

Residents in Greater Sydney, including Wollongong, the Central Coast and Blue Mountains, were restricted to hosting five visitors in their homes, including children. The limit for outdoor gatherings was reduced to 30.

Central Melbourne was also mostly vacated on Thursday night, with a smattering of people in restaurants but parks and public spaces deserted.

The Victorian government urged people not to head into the Melbourne CBD on Thursday night unless they had a hospitality booking. A man and a woman, joined by their friends, danced on the sand as they marked the start of January 1, 2021 A couple embrace as they splash in the water at Bondi Beach on Friday morning, after ringing in the New Year The city’s new eight-person outbreak prompted authorities to cut indoor gatherings from 30 people to 15 from 5pm on New Year’s Eve.

South Australians were allowed no more than 50 people at their house – indoors or outdoors – for New Year’s Eve celebrations. A maximum of 200 people were permitted at private outdoor gatherings.

Fireworks in Hobart went ahead but, like in Sydney, people were urged not to gather on the waterfront. Darwin residents needed to register and wear wristbands to attend the city’s two fireworks displays.

In marked contrast to the rest of the country, Perth planned celebrations that were close to normal, with two fireworks displays. Federation Square was much livelier on New Year’s Eve with Melbourne residents waving goodbye to a year from hell, which saw them in Stage Four lockdown restrictions for three months A young couple share an intimate kiss as they welcome in the New Year at Melbourne’s Federation Square, as hundreds gathered after a horror year in lockdown

With residents barred from the foreshore around the Sydney Harbour Bridge under government restrictions, the city’s festivities paled compared to those enjoyed by Melburnians living under much more relaxed rules.

Large crowds made up of hundreds of revellers partied the night away in Federation Square in Melbourne – punctuated by one loved-up couple enjoying a passionate kiss to see in the New Year.

One woman in leopard print enjoyed the party in style at St Kilda as she treated the pavement like her cat walk, while others ended a year to forget by packing along the foreshore.

At a party event in the bayside suburb, revellers were shoulder to shoulder as they danced the night away – with the pain of lockdowns that have blighted the city this year seemingly miles away. In Sydney, groups of friends dressed to impress as they headed into Circular Quay with some donning sombreros and ‘Happy New Year’ headpieces.

Young women were spotted wobbling their way into the harbour in sky-high heels while the men took advantage of the occasion to showcase their best suits.

The CBD on the other hand was eerily quiet compared to earlier years, as countless police officers patrolled the streets ensuring everyone in the city had a permit.

Only residents and those with existing bookings at restaurants and pubs were let into the no-go zone with a relevant permit but venues have been hit with mass cancellations.

Vantage points across the harbour were blocked off from the public with fences and signage turning prospective visitors away for the first time. 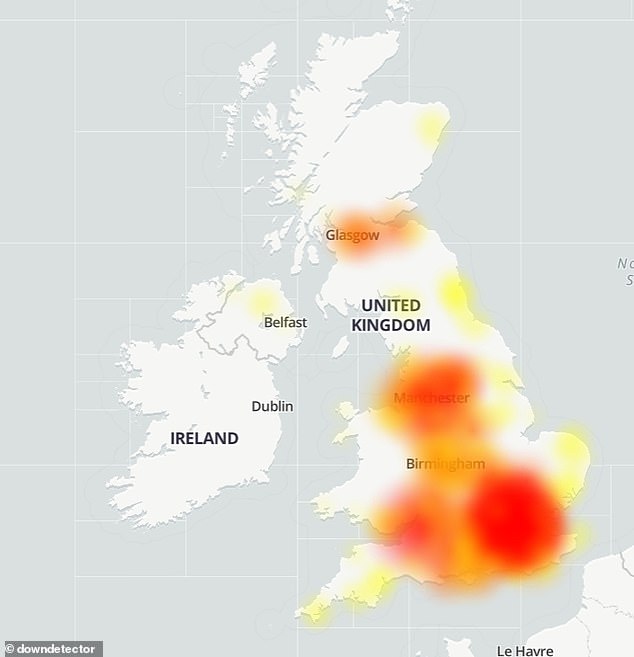 Woman, 26, with eczema praises £8 natural cream made from cow’s udders