Costco COVID ‘superspreader’ outbreak: At least 145 workers at a Washington megastore contract the virus and health officials warn even more could be infected

By Marlene Lenthang For Dailymail.com

At least 145 employees at a Costco store in Washington state have contracted COVID-19 in a massive outbreak that officials say is similar to a ‘superspreader event.’

The infections at the Union Gap location, which employs 383 people, were first reported Tuesday after store-wide testing.

Yakima County Health officials said the surge of cases ‘mimics the type of activity that happens after some sort of superspreader event where multiple people are infected at the same time.’

Now officials are trying to figure out how the outbreak began.

A COVID-19 outbreak at a Costco store in Washington state has led at least 145 employees to contract the virus and the sudden surge of infections is similar to a ‘superspreader event’, officials said Tuesday. A view of the Union Gap, Washington Costco where the oubreak took  place above The Union Gap location employs 383 people and will remain open with coronavirus prevention measures. Costco is one of the stores that’s kept busy with shoppers throughout the pandemic as it sells food and basic essentials. A view of shoppers at a Costco in Vermont in August above

Officials say the number of infections surged rapidly from 68 on Thursday to 145 by Monday, and they say more cases could emerge.

‘As Costco continues its site-wide testing, we anticipate the number of cases to continue to go up over the next few days as results are received,’ Melissa Sixberry, Yakima County’s director of disease control said, as per KOMO News.

The store is allowed to remain open despite the outbreak and all 145 workers who tested positive are in isolation. However, officials say that the outbreak is not an isolated incident, but is reflective of a state-wide increase in cases.

‘COVID-19 activity levels continue to increase throughout the entire county. We need the help of the community to also follow the COVID-19 safety recommendations so we can keep work places safe, so we can keep schools safe, so we can keep each other safe by not overwhelming our health system,’ Dr. Larry Jecha, interim health officer for Yakima County, said.

Nationwide there have been more than 19million cases of COVID-19 and more than 342,000 deaths reported since the start of the pandemic. 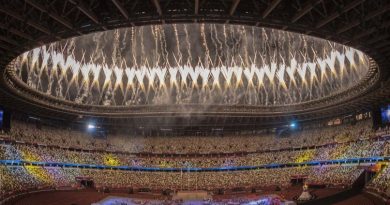 Sol Pérez, the Argentine Yanet García, shows a lot of skin with bikini flossing | The State