When Paola Betancourt was traveling for a month in Spain with a small backpack, she realized that she did not need many things to live.

Upon returning home, she set herself the challenge of not buying for 365 days, although strictly speaking, the challenge she set for herself was not to acquire anything that was not absolutely “essential”.

That’s where the question comes into play: What is really indispensable?

Each of the people who have set themselves the challenge of not buying for a year has set their own rules.

Some are more radical than others, but since there is no judge, it is about testing yourself in relation to the limits that you have set yourself.

Betancourt set himself an anti-consumer challenge focused on not getting unnecessary clothes or items and decided to tell about his experience in some YouTube videos.

At the end of the year he declared in front of the camera: “I have met the challenge and I am super happy with it.”

“I love going through the shops and not feeling the urge to buy anything“. It was May 2019.

But… didn’t he really buy anything? Well, just a few clothes because she moved to live in a colder place.

“One pants, two sweaters, a jersey-type shirt and two other normal shirts,” he says.

“I had to do it out of absolute necessity and I didn’t feel bad because I was getting cold.”

A good time has passed since that experience and currently, according to what he tells BBC Mundo, he has continued trying to consume as little as possible to decrease environmental pollution and practice detachment from material things.

For example, she makes her own coconut oil and baking soda toothpaste and has found eco-friendly alternatives to replace cleaning supplies.

“I learned how strong we can become when we open our eyes and face reality,” he explains, referring to how important it is for the environment to reduce consumption.

Different was the experience of the American Hannah Louise Poston. His challenge was to put an end to the purchase of beauty products, clothing and appliances that he acquired almost compulsively for a year.

He bought even when he had no money.

“I didn’t have a shopping addiction that completely disabled me,” he says, although I could easily spend $ 3,000 or $ 4,000 on items I didn’t need and then panic.

This is how in 2018 he adopted the challenge of not buying, known in English as no-buy year, and recorded the experience in videos that brought him close to 20,000 subscribers to his YouTube channel.

According to consumer psychologist Kit Yarrow, “in the last 20 years or so, we’ve been filled with cheap merchandise.”

For her, the challenge of not buying works as “An antidote to gluttony.”

The most common challenge is stopping shopping for clothes for a year. However, there are those who, like the German Greta Taubert, took him to the limit: not acquiring anything in all that time. And he achieve it.

But let’s be clear about Taubert’s challenge: nothing to eat, nothing to drink, nothing at all.

She lived off what she produced in a garden and even learned to make her own shampoo, driven by the motivation to experience what life would be like if the economic system collapsed.

Others have followed much less strict challenges such as Project 33 (wear only 33 items of clothing for three months), abandon the cell phone for 40 days or eliminate television.

And since the rules are invented by oneself, the variants are endless.

Joshua Becker, founder of the blog Becoming Minimalist, a website that promotes minimalism, set himself the challenge of not buying for three months… and he succeeded.

Although the really important challenge for Becker is to maintain a minimalist way of life, which, in short, means living with less.

“Minimalism is living intentionally with the things I really need”, he tells BBC Mundo.

“The idea is to remove the distraction of having too many belongings and focus on the things that matter most.”

Author of several books on this subject, he is currently dedicated to writing and giving talks on minimalism as a full-time job.

According to her experience, a year without superfluous purchases brings many benefits, among which are: saving money, reducing your carbon footprint, eliminating compulsive purchases and having more time for the things that really are important in your life.

The question that many ask is how it can be achieved. These are the steps Becker proposes, in his own words:

1. Set your goal for the year without purchases

As with minimalism, the reasons for consuming less and owning less are different for each person.

The first thing is to set your own goal and ask yourself why you are deciding it. Is it to save, to show yourself that you can meet a goal, to pollute less?

No matter what the reason is, the important thing is to be clear about it.

Although it’s called the “no-buy” challenge, that doesn’t mean you can’t buy anything.

It is more about what you want to stop buying.

To set the rules, it is best to write a list with the things that you can buy and another with what you don’t want to buy.

When you are clear about your goal and your rules, there are certain things you can do to prepare.

For example, make a list of the things you usually buy and see how well they respect or don’t respect your new rules.

Also think about how you will use your time, since one of the benefits of a year without buying is that you will have more free time.

And if you don’t have plans, it’s easier to fall back into old consumer habits.

4. Start small with a “month without buying”

You don’t have to commit to 365 days in one go. Like any other new habit, it is best to move forward step by step.

For that, a recommendation is to start with a month without buying and implement a longer period of time when you already know what it is about.

Becker cautions that If you fail along the way, don’t give up. You can try again as many times as you want. The important thing, he says, is to analyze why it happened and better prepare for the next time.

Just as Becker promotes minimalism as a lifestyle, others promote similar concepts, but under different names.

There is an international movement called Buy Nothing Project (“Project to buy nothing”), which began in the United States in July 2013 when two friends, Rebeca Rockefeller and Liesl Clark, created a small group on Bainbridge Island, Washington, where people exchanged things without using money.

A practice that is part of the call gift economy (“Gift economy” or “free economy”).

The idea quickly spread through Facebook and groups organized according to geographic areas began to emerge with the support of volunteers.

According to the founders – who this year published the book “The Buy Nothing, Get Everything Plan” -, the movement has 1,5 million participants in 31 countries distributed in 4,650 groups that have the support of nearly 10,000 volunteers.

How does the project work? People post in the group the things they want to give or lend to their neighbors and ask for things they would like to receive. Thus, the useful life of the products is extended, polluting the planet less.

People exchange things so different that they range from furniture, clothes or appliances, to freshly prepared food, merchandise, or even trips in the same car.

“They don’t just share things. Neighbors get to know each other and build relationships of trust, “documentary maker and co-founder of the movement Liesl Clark tells BBC Mundo.

Asked what kinds of things he regularly buys, Clark says he only buys essential things like food and sometimes cleaning supplies because of the COVID-19 pandemic.

“If it weren’t for the pandemic, I would make my own cleaning products,” he explains.

Since you don’t like to buy, the idea of ​​“buying nothing” has become a lifestyle.

“I don’t need to buy clothes or household items, because everything comes to me for free.” 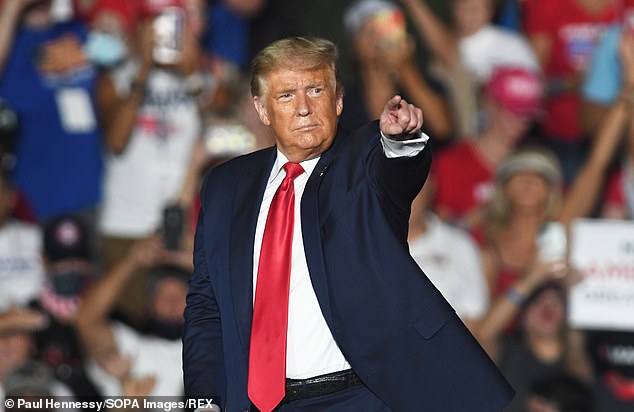