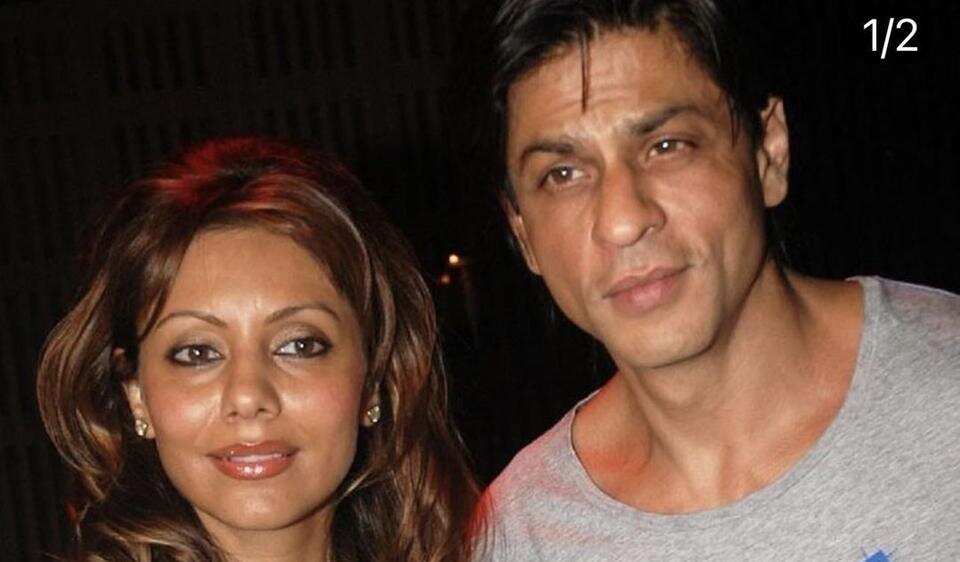 The year gone by has been a heavy one but Gauri Khan seems to be optimistic that 2021 will usher in a little more cheer. She gave fans an early New Year treat by sharing a picture with Shah Rukh Khan from the archives.

In the picture, Gauri was seen wearing a crisp white shirt, while Shah Rukh was casually dressed in a grey T-shirt. They had an arm around each other. “FINALLY…2021. Happy new year,” the Instagram post was captioned.

Maheep Kapoor, Bhavana Pandey, Neelam Kothari Soni and Manish Malhotra sent their love to the Khans. Fans also commented on the post. “Happy new year to my favorite power couple,” one wrote. “King and Queen,” another commented. “Superrr Hot Couple Forever, You Make the Best One. Happy 2021,” a third wrote.

Shah Rukh and Gauri recently made a special appearance in the finale of Fabulous Lives of Bollywood Wives, which gave a peek into the lives of Maheep, Bhavana, Neelam and Seema Khan. In an Instagram post, Gauri hinted that she might be a part of the second season of the Netflix reality series. She shared a poster of the show, featuring the four leads, and wrote, “Hey girls … I’m gate crashing season 2.”

Also see | Kareena Kapoor bids farewell to 2020 by ‘snuggling’ with Saif and Taimur. See the pictures she forced them to pose for

Shah Rukh, whose last release was the unsuccessful Zero alongside Anushka Sharma and Katrina Kaif, is yet to officially announce his next project as an actor. Reports suggest that he has given his nod to Siddharth Anand’s Pathan, which also stars John Abraham and Deepika Padukone. He has also reportedly finished shooting for the first schedule of the film.

Gauri, meanwhile, is set to turn author with a coffee-table book tentatively titled My Life in Design. The book, which will come out next year, will share details of her journey as an interior designer and feature never-seen-before pictures of her projects, family and residence. Maniesh Paul on people defaming Bollywood: Everyone is misusing their right to freedom of speech

Deepika Padukone was Imtiaz Ali’s first choice for Rockstar, but the role went to Nargis Fakhri