When we look back and 2020 is history, few of us who lived through it will doubt that it was among the most unusual years of our lives.

The scenes of empty and silent cities, the skies without airplanes, the animals taking the main avenues due to the lack of traffic or the global lack of toilet paper will always remain in memory.

But also the idea of ​​millions of people dying alone, in saturated hospitals, the exhausted faces of thousands of doctors, the last goodbye by Zoom, the sudden end of life projects, jobs or love affairs.

The list is immense and each person could add global, collective or personal tragedies.

But let’s go against the tide: is it possible to list the reasons for the hope that this year also left us, despite everything and so much? Did good things also happen that we might have missed?

To respond, at BBC Mundo we spoke with the American academic and writer Rebecca goldstein, one of the voices that, from the philosophy of science and philosophical rationalism, has searched over the years for reasons for optimism in the darkest aspects of the human condition.

Winner of the National Medal of Humanities, the highest award given by the United States government to intellectuals, Goldstein, also the author of a dozen books, says that 2020 has tested her limits not only as a philosopher, but also as a person.

But despite everything, he assures that the road has also left him reasons to believe in hhumanity, in the power of compassion and in science.

And that, although it is hard to think about it now, there are still reasons to have faith in the future. These are his reasons for remaining optimistic, and a synthesis of his interview with BBC Mundo.

In varitos of his reasons for optimism mentions the hope factor, which has formed the narrative of religions and societies for centuries. For many of us, hope is now is a vaccine, or a world aftertcovid. What has 2020 taught us about the human condition and on our need for hope?

Hope is a mild form of self-deception, but it can fuel our ambition to improve, urging us to improve our lives and those of others.

Without courageous hope, we would never undertake our long-term projects or build our life-changing relationships.

But I would like to distinguish between hope, which strengthens courage, on the one hand, and illusions, on the other.

One of the things 2020 has taught us, in a relentlessly advanced masterclass, is how important the distinction between the two is.

None of this is a hope that strengthens courage, but rather we are trying to discard reality. And reality in the end always wins. That is what makes it come true.

And speaking of reality, Spinoza, one of his favorite philosophers, repeatedly criticized the idea of conceive human reality as a “kingdom within a kingdom”, that is, a world that believes itself to be autonomous within the nnature. For many years, Western societies celebrated that they lived a relatively long and stable period in their histories. And then came the coronavirus. What do you think has been the biggest lesson from the pandemic this year about the place of humanity in nature?

Spinoza is a wonderful teacher who teaches us to adjust to reality instead of imagining that reality will accommodate us.

In his texts, he uses the term nature interchangeably with reality.

Nature is all that exists and we are part of nature, subject to its laws. And yet, while Spinoza casts off some of our most cherished personal illusions, his vision grants us a special privileged place within nature.

We are the part of nature that can achieve knowledge about it. In us, nature comes to know itself!

Spinoza, who lived in the seventeenth century, when the natural sciences were still in their infancy, had only a glimmer of hope from all the knowledge of nature that the centuries since his death have brought us.

What does this mean for what we have learned from 2020?

It means that we must value knowledge of nature, value it and use it.

Nature that knows itself — that is, we — can use its knowledge to improve nature.

We can use our privileged status as connoisseurs of nature to improve our own species, other species, and the heartbreakingly beautiful planet we are privileged to inhabit.

So here too there is hope: the hope that a species that allows nature to know itself and value itself by valuing that knowledge.

TThere is also the negative part of man’s action on this nature: climate change, death species, massive migrations, wars. SThey are threats to humanity as likely (or more) than the coronavirus was a year ago. How what we are experiencing in 2020 could help us face future threats from nature and future ways in which our species threatens itself and the planet?

In the shared pain and anxiety that 2020 has brought us there are hard-won lessons.

We also gain in the knowledge of how precious and fragile our life is, as well as that of the other species, also full of dignity and splendor and that they are hostages of our actions.

Then there is also the responsibility for generations to come, who now have no voice to defend their rights, but whose lives will matter as much to them as we care about ours.

With our illusions, we are making life intolerably difficult for them, at least as difficult as it has been for us this terrible year.

We have the knowledge of nature to give these future generations the opportunity to fight to prosper.

This has been a year that has made us not only know these difficult truths, but also feel them deep within.

2020, with all its horrors, could still be our salvation, if it manages to pull us out of our stupor of illusions. 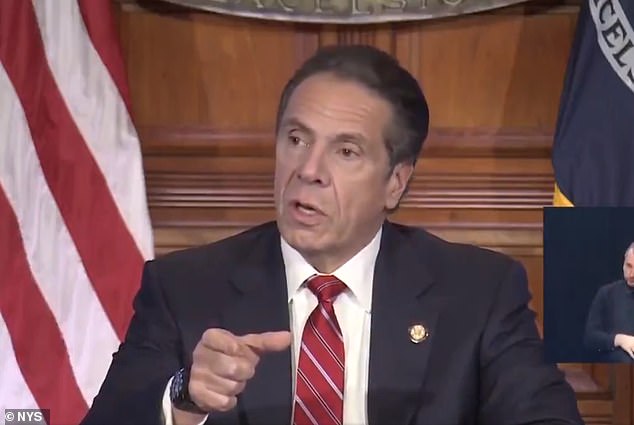