After Ranveer Singh-Deepika Padukone and Ranbir Kapoor-Alia Bhatt were seen leaving Mumbai to head out for their New Year vacation, it was the turn of Kiara Advani and Sidharth Malhotra to head out. Khalli Peeli co-stars Ananya Panday and Ishaan Khatter were also seen leaving town.

Kiara and Sidharth are yet to publicly acknowledge their relationship but are often seen spending time together. The couple arrived together at the airport as they headed to the Maldives for a vacation, as per reports. Dressed in orange pants and a black tee with silver jacket, Sidharth was with Kiara who chose sporty tracks and a tank top.

Wednesday morning also saw Ishaan and Ananya heading out. The two arrived one after the other at the airport, but met each other at the gates. Ananya was wearing a white top with pink track pants and sneakers. Ishaan wore white harem pants and tee with a brown jacket. They were both wearing masks. Ishaan and Ananya were recently seen at Katrina Kaif’s Christmas party. On the work front, Ishaan has Phone Bhoot with Katrina and Siddhant Chaturvedi while Ananya is a part of Shakun Batra’s untitled film with Siddhant and Deepika Padukone.

Kiara and Sidharth have, meanwhile, kept a low profile and refused to comment on their relationship status. When questioned about Sidharth on The Kapil Sharma Show, Kiara had said, “Whenever I talk about my personal life it will be when I’m married.” Kapil said, “Let’s clap for the guy who will get married to you. We can only send you good wishes for now.”

However, Akshay decided to give fans a little more than Kiara would have hoped for. “Ye badi Siddhanto wali ladki hai (She is a girl with principles),” he said. Hearing his words, Kiara was left red faced and gaping while others broke into a big laugh. 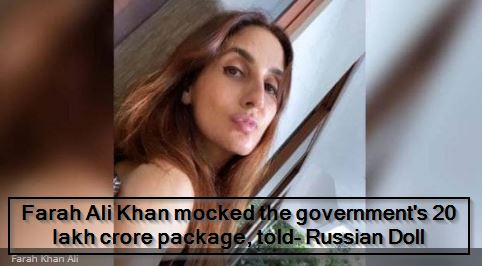 SEXY: Disha Patani flaunts her hot body after workouts, Have a look

Priyanka Chopra looks stunning as she enjoys the ‘last few days of summer’, sis-in-law Danielle is all hearts