Gogglebox star Tom Malone Jr has spoken out to blast vile trolls who have sent racist abuse to his girlfriend Bryony Briscoe.

The Channel 4 star opened up about the nasty slurs Bryony has received in a candid chat with his Instagram followers.

As he took part in a Q&A session, professional dancer Tom was asked what challenges he and Bryony face by being in an interracial couple.

Not holding back, Tom shared that both he and Bryony have both been sent nasty messages on social media.

Bryony, who is a model, then said sick trolls called her a ‘wannabe slave’.

“I also get people telling me not to date outside my race.

“But, they don’t realise that I am mixed race and then when they realise that it is “Well, you are what your father is” and I become white, so what is it?”

Tom then advised people who are in interracial relationships to just ‘be happy’ and ignore any criticism for other people.

“At the end of the day just be with who you wanna be with and be happy because these people aren’t even brave enough to have their own name or faces on their account, so just p**s them off even more by being happy because that’s the biggest middle finger,” he suggested.

Tom and Bryony made a huge step forward in their relationship this month by taking the plunge and moving in together.

The pair documented the milestone with a snap of them raising a glass of fizz in their new abode while clad in matching tracksuits.

While Tom has left his family home behind, it’s expected he will still stop at dad Tom Snr’s and mum Julie’s for Gogglebox filming when the show returns next year.

Explaining why Bryony had never been seen on their couch, Tom explained to fans: “Because of contracts and stuff, unfortunately, you won’t see my girlfriend on the show.

“I reckon because of contracts and stuff it won’t be able to happen, but you can always ask them.” 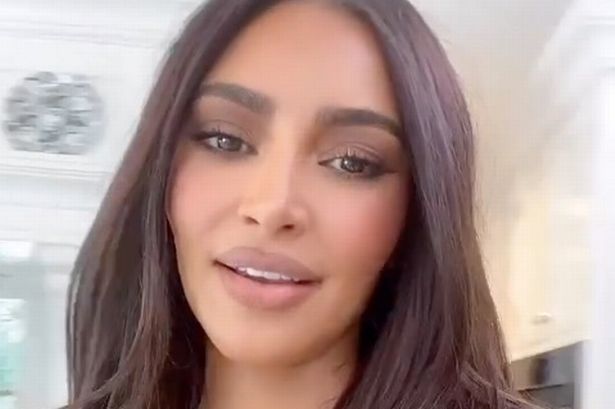