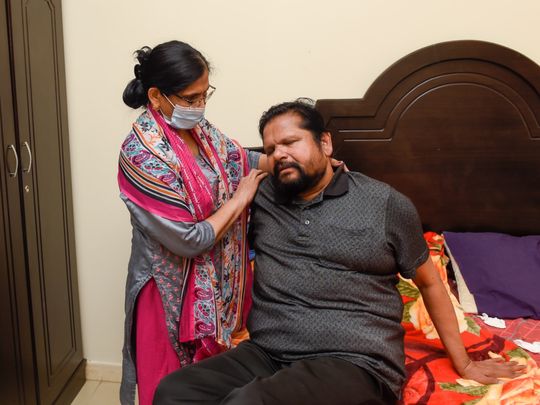 Sharjah: An Indian expat, who has lost his vision, survived four heart attacks and COVID-19, is seeking help to be repatriated during the UAE fine waiver scheme that ends on December 31. Mohandhas Aiyapillai, who will turn 59 on January 1, had helped several people in the UAE, where he had landed 32 years ago.

Today, the Tamil Nadu native said he has no money to even buy colostomy bags that collect his stool, let alone settle a rental case which is holding him back in this country.

Having undergone four life-saving surgeries and a colostomy that could not be closed due to a lack of funds, Mohandhas is also struggling with hypertension and diabetes among other ailments that have crippled his life.

Seeking help from philanthropists to settle the case for which he requires about Dh60,000, Mohandhas told Gulf News he would also be grateful to people who could help him regain his vision by doing surgeries that require Dh90,000 in total.

It was high blood sugar that led to proliferative diabetic retinopathy and loss of eyesight, said Mohandhas, who is being taken care of by his wife. He said he could not get proper treatment due to lack of money as he had lost his job as a technical manager with an insurance broker company in 2011.

“My plan to start a small restaurant in Sharjah was shattered because a friend’s relative who borrowed the entire money I kept for this purpose did not return it even after the one-month deadline he had given,” claimed Mohandhas, adding that he had sold his property and wife’s gold jewellery to raise Dh600,000 to start the restaurant.

To his bad luck, he said he could not encash the cheques that were given as guarantee against the money he had lent. “Two of the cheques were inside the apartment that was sealed due to the rental dispute case. Though I have another cheque worth Dh140,000 with me, I am unable to encash it as I don’t have a valid visa, Emirates ID or passport,” he added.

He said the apartment in Sharjah had been sealed in 2016. “We had to leave behind several things in the apartment. Once I owned more than 50 shirts and several suits. Now, I have only two shirts and a pair of track pants donated by social workers,” said Mohandhas.

Though he had managed to settle the overstay fines in 2016 with the help of some Good Samaritans, he said he could not fly home during the 2018 waiver period due to a travel ban imposed by the real estate firm over the rental dispute case.

Mohandhas said he and wife, who was brought to the UAE on a visit visa by some well-wishers, had been living out of charity and do not have money to buy colostomy bags that cost Dh1,000 per month and other medicines. “All thanks to the treatment and care I got here, I have survived four heart attacks and even COVID-19. Since God has saved my life many times, I have hope that he has some better plans for me,” said Mohandhas, who last visited India 10 years ago.

Mohandhas, who had helped several people in his hey days, said he wanted to specially thank Indian social workers Meena Kumari, Uma Shankari and Senthil Kumar who are currently supporting him. 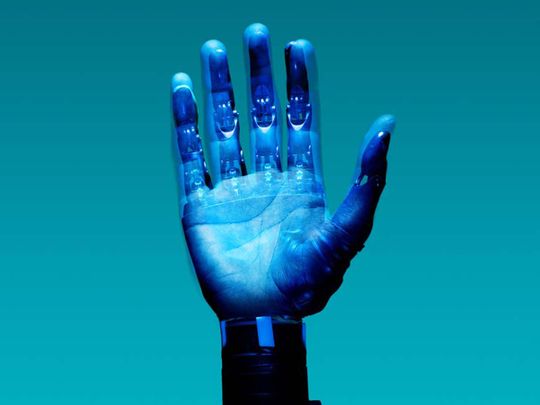 Fancy designing a humanoid service robot in the UAE? Here’s your chance Make note of this traffic diversion in Dubai