Biden assured that this Saturday 10 million people will lose their unemployment insurance benefits.

The president-elect of the United States, Joe Biden, complained this Monday of “obstacles” to the process of transfer of power by the government of the outgoing president, Donald Trump, and specifically of those appointed to positions in the Pentagon and the Office of Management and Budget.

“We have faced obstacles from the political leaders of the Department of Defense and the Office of Management and Budget. And the truth is that many agencies that are vital to our security have suffered enormous damage; many of them have been drained of personnel and morale ”, he lamented Biden a speech from Wilmington (Delaware), Where he lives.

“Right now,” he continued, “we are not getting all the information we need from the Outgoing Administration in key areas of national security ”.

“It is nothing less, from my point of view, than irresponsible,” said the Democrat.

Biden stressed that his team needs to form a complete picture of the country’s operations to deter their enemies and their positions of force.

In addition, “we need full visibility of the budget plan in place in the Department of Defense and other agencies to avoid any hint of confusion or delays that our adversaries may exploit ”, he warned.

Less than a month after being inaugurated as president on January 20, Biden said that, despite these problems, most government agencies have shown “exemplary” cooperation with his transition team and praised the willingness shown by the career professionals in these institutions in the face of political appointments.

On December 18, Acting Secretary of Defense Chris Miller announced a suspension of meetings with the defense team. Biden until after January 1, which from the environment of the democrat denounced as a decision that is part of the “resistance” of some sectors to the transition.

Trump has yet to acknowledge his defeat to Biden in the November 3 election, and it took several days for the green light to begin for the transfer of power process to begin.

In early December, the White House removed nine members of the Pentagon Defense Trade Council, of an advisory nature, to place Trump allies in it, the Politico medium reported at the time. Is Tiffany Trump making progress on wedding plans? | The State 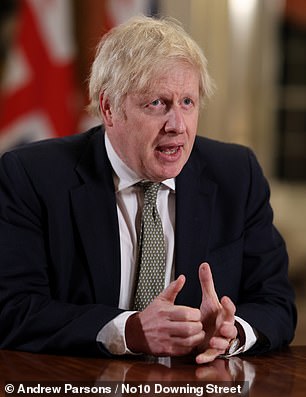 With a huge cup and a black micro bikini, Alexa Dellanos toasts to 2021 | The opinion