Tom Cruise is looking to take the ultimate step in ensuring that filming on Mission: Impossible 7 is not hit by any more Covid-19 related problems.

The 58-year-old actor and producer has seen the production of the latest instalment in the Mission: Impossible franchise hit by a number of issues in recent months.

The big-money movie has seen coronavirus related problems bring filming to a halt, with Tom raging about crew members not respecting social distancing restrictions, leading to to some resigning.

Now Tom is reportedly building a Covid-secure studio at a former top secret military base, in the hope there will be no more costly delays.

The Sun has reported that the actor is spending millions adapting a former MoD base, with a view to finishing the film at Longcross in Surrey, after moving it all from Leavesden in Hertfordshire.

There have been a number of delays and Tom finally lost his cool over social distancing and was seen shouting in a video: “If I see you do it again, you’re f ***in g gone. And if anyone in this crew does it, that’s it.”

This followed filming being stopped twice for coronavirus related issues, while they were in Italy.

One of the delays was due to a member of crew testing positive for the virus, leading to Tom’s rage months later when he saw precautions not being taken.

To get filming in the UK underway, Tom appealed to Culture Secretary Oliver Dowden and in July his personal plea was successful.

While Tom has faced a number of production issues on set, he has also found some light relief as he has reportedly grown closer to his 38-year-old co-star, Hayley Atwell.

The pair have been snapped on set looking very comfortable in each other’s company and a source told The Sun: “Tom and Hayley hit it off from day one.

“Lockdown, and all the difficulties that came with it, brought them closer together.

“They’ve been meeting after hours and she’s been to his London pad.

“They get on brilliantly. Both seem very happy.” Sharon Osbourne positive for coronavirus and isolating from Ozzy during recovery 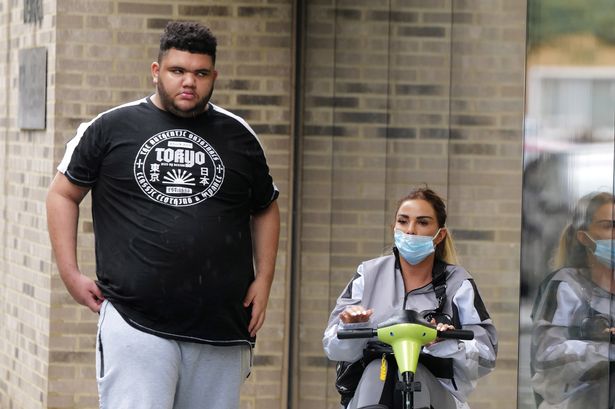