At the weekend, as I read sentimental tributes paid to the MI6-agent-turned-Soviet-spy George Blake after his death on Boxing Day at the age of 98, my thoughts turned to his victims, people like Mr Koppel

One day in 2010, I travelled to Wokingham in Berkshire to visit a retired lathe operator called Alexander Koppel.

He lived in a small, neat bungalow and was in every way an unobtrusive man but over the next few hours he told me an astonishing story of betrayal, resistance and patriotism.

For while living as a refugee in post-war Britain he had been recruited by MI6 and sent on a mission to Soviet-occupied Estonia.

But Operation Jungle, which was aimed at boosting the anti-Communist resistance, was doomed to failure from the start.

Koppel and his fellow agents were betrayed before they set off across the Baltic in a blacked-out speedboat.

They were captured by the enemy and those that weren’t shot were taken to the Lubyanka, the headquarters of the KGB in Moscow and home to an infamous jail where spies, political dissidents and various enemies of the state were imprisoned, interrogated, and tortured.

As Koppel described his ordeal, how he had been saved from execution by being included in the first spy-swap of the Cold War, and his return to Britain, his family listened with rapt attention. This was a story they had never heard.

At the weekend, as I read sentimental tributes paid to the MI6-agent-turned-Soviet-spy George Blake after his death on Boxing Day at the age of 98, my thoughts turned to his victims, people like Mr Koppel.

Many brave men and women risked, often lost, their lives in the cause of freedom. It was this cause, and their fates, that Blake and other Communist sympathisers betrayed.

So when Josh Jackson, a self-professed Corbynite, tweets that the BBC’s obituary of Blake ‘makes him sounds like the coolest dude’, I despair. Koppel was one of the lucky ones. Born to a Dutch-Egyptian family, he arrived in Britain only in 1943 and it was at this point that his mother changed the family surname from Behar to the more British-sounding Blake. He is pictured above with wife Ida in 1961

He lived to see Estonia regain its independence, and was belatedly feted as a hero. Others were less fortunate. In the flickering twilight of the Cold War, I tracked down other casualties of Western espionage’s failures.

Klemensas Sirvys, a Lithuanian half-paralysed after his ordeal in the labour camps, was living in a dirt-floored shack in Kybartai.

Then there was the saturnine former RAF man I met in Communist Czechoslovakia, who had spent years labouring in the uranium mines after his work for MI6 was discovered.

I quizzed these men about who had betrayed them. They did not know then. Neither do we now.

Which betrayals were due to Blake? Which to Kim Philby, the cynical charmer who vowed at Cambridge to dedicate his life to the eventual victory of Communism?

What damage was done by the other pampered products of the British upper class who made up the rest of the Cambridge Five ring of double agents?

Amid so many mysteries, one thing stands out – missed by many on the illiberal Left in the comfortable West, but blindingly clear to our neighbours in eastern Europe. Communism was a failure.

The economic system based on bureaucratic state planning did not work. Nor did the political system, based on lies and fear, enforced by the secret police, with decision-making ruthlessly monopolised by the Communist Party.

For all the talk of the brotherhood of man, any attempt by captive nations, such as Czechoslovakia and Hungary, to regain their freedom was ruthlessly crushed.

But by the time I was a foreign correspondent behind the Iron Curtain in the 1980s, the Soviet empire was collapsing. Blake understood nothing of this, or of loyalty to Britain. He had never betrayed his country, he argued, because he had never really belonged here.

Born to a Dutch-Egyptian family, he arrived in Britain only in 1943 and it was at this point that his mother changed the family surname from Behar to the more British-sounding Blake.

After a stint working as a clerk for the Dutch government-in-exile, Blake joined the Royal Navy and within a year had been hired by MI6. He was sent to Cambridge to learn Russian before being posted to Seoul in 1948.

Ironically, it was when he was captured by Communist forces during the Korean War that he switched sides. He later said it was the discovery that American Flying Fortresses were carpet-bombing local villages that made him throw in his lot with the Soviets. 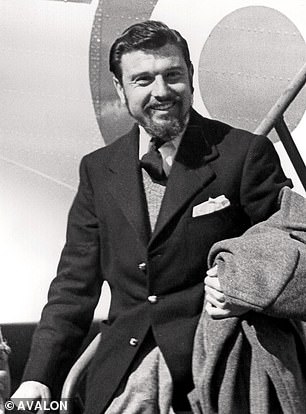 Though he conceded that imperfect people could not build a perfect society, he insisted that he was optimistic that humanity would ‘come to the viewpoint that it would be better to live in a Communist society’

In the pressure-cooker world of the 1950s it is easy to see why Blake, like so many others of his generation, were seduced by the promise of a better, fairer future, and a chance to right the balance between an overbearing, imperialist West and a peace-loving eastern bloc.

On his release, his MI6 employers never questioned his loyalty, however, and gave him a prized job at the heart of operations in the espionage hotspot of West Berlin.

He passed countless secrets to the KGB, from the existence of a tunnel dug into the Communist-controlled east of the city, which tapped secret communications links with Moscow, to the identities of hundreds of agents. Their fate can only be imagined.

A former Soviet military intelligence officer who defected to Britain described how his induction to the service involved viewing a film of a man, strapped to a stretcher, being burned alive in a furnace. The price of treachery, the recruits were told.

Some believe that the figure was Piotr Popov, a Western spy said to have been betrayed by Blake. No such barbaric fate awaited Blake himself when he was finally caught.

Once he confessed his treachery to the British secret service, he was spared the death penalty – still in force in Britain in 1961 – instead receiving an exceptionally long prison sentence of 42 years.

Yet thanks to an Irish petty criminal, Sean Bourke, and two Left-wing activists, Michael Randle and Pat Pottle, Blake escaped from the supposedly secure Wormwood Scrubs barely five years later. The official story, put about by British spymasters, was that Blake’s exfiltration was masterminded by the KGB.

The truth was far more embarrassing. His prison escape was an amateurish affair involving a broken window and a home-made rope ladder with rungs fashioned out of knitting needles.

After two months hiding out in north London, Blake was smuggled to East Germany in a camper van. He retained his Marxist beliefs to the end – and beyond. Even after the Soviet Union collapsed, he remained a true believer.

Though he conceded that imperfect people could not build a perfect society, he insisted that he was optimistic that humanity would ‘come to the viewpoint that it would be better to live in a Communist society’.

For all the KGB’s triumphs in the spy wars, Communism failed. The ideology of Marx, Engels and Lenin lives on only in hellholes such as Venezuela and North Korea – and in the fetid corners of western academia and in the irrelevancies of Left-wing politics.

Even as we flinch at the murk and misery of that tortured era let us remember one thing. The West won. Hundreds of millions of people live in freedom as a result.

In that great contest, George Blake, the cynical idealist, chose to help the wrong side. We should rejoice in his failure, mourn his victims, and – above all – refuse to glamourise him. 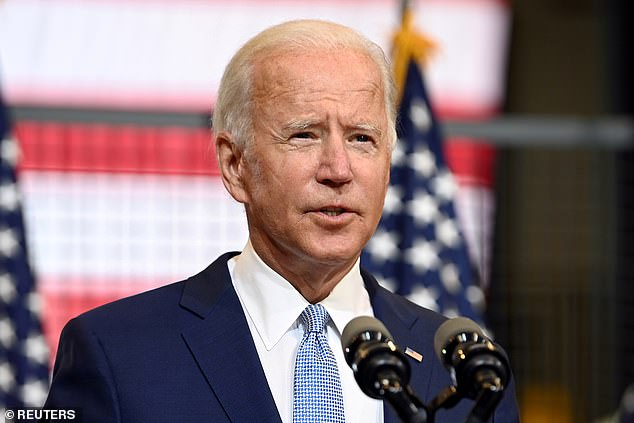 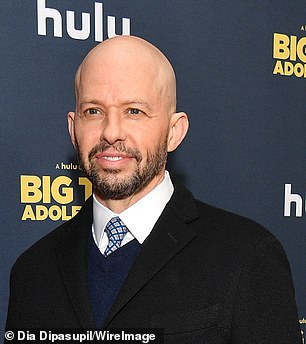 Two and a Half Men’s Jon Cryer gets into vicious Twitter feud with Florida Rep. Matt Gaetz