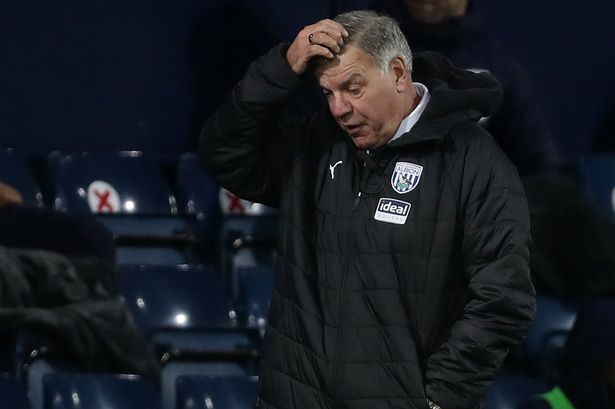 Unless the jolly old fat man’s delivered a Christmas miracle, we can probably put West Brom down for a ‘nil’ at Anfield (4.30pm).

Whatever was supposed to happen when the Baggies hired Sam Allardyce clearly hadn’t happened in time for Aston Villa’s visit last weekend.

West Brom created nothing, apart from the strong impression that Big Sam won’t need to worry about how he’s going to spend his £1million survival bonus.

Still, short of turning up and finding where to plug in his sandwich toaster, Allardyce had little time to work his magic.

Remember, it only took 67 days for him to turn England into front-page news again.

So might another week of The Big Sam Method make all the difference against Liverpool? Probably not. But factor in Jurgen Klopp shuffling his pack before and during this one, and the goals-galore angles start to look iffy.

A desperate attempt to land a huge life-changing acca has been a festive tradition of this column for some years, which says much about the human spirit in general and strong drink in particular.

When headers are banned, players like Burnley ’s big Chris Wood will be going the way of Brasso wadding and the Vesta Curry – still around but increasingly hard to explain to anyone under 30.

Catch the towering Kiwi while you can at former club Leeds (12pm) . There have been 22 goals in the hosts’ last four games.