Abu Dhabi headquartered LuLu Group International, whose flagship retail chain operates more than 190 LuLu Hypermarkets across the GCC and Egypt has announced that it will set up a modern food processing and logistics centre in the Indian state of Jammu & Kashmir (J&K).

This was announced by Yusuff Ali MA, Chairman of the LuLu Group, during a meeting with a delegation from J&K headed by Shri Navin Kumar Choudhary, Principal Secretary (Agriculture and Allied Sectors), Govt. of Jammu & Kashmir and held on the side lines of the UAE-India Food Security Summit 2020, organised by the Consul General of India Dubai in association with the Confederation of Indian Industry (CII) and Invest India.

“We are happy to announce our firm plan to open a base in the scenic state of Jammu & Kashmir, which offers immense potential in the field of fruits and vegetables, pulses, spices, dry fruits and other products.

“We are one of the leading importers of food and non-food products from India and the setting up of a new food processing and logistics centre will further boost export of Kashmiri products to GCC and other countries,” said Yusuff Ali during the meeting.

Currently, LuLu imports apples and saffron from Kashmir and imports will significantly increase in the coming years, he said. The proposed centre will have the most modern food processing and packaging systems and also provide employment opportunities to the local youth. LuLu imported more than 400 tons of Kashmiri apples during January to November this year, short of target due to the restrictions of Covid pandemic, he added.

During the meeting the LuLu chief recalled that LuLu Hypermarkets was the first retailer to import the famous Kashmiri apples across its 190 plus hypermarkets in the GCC and far eastern countries last year.

The initiative to import Kashmiri apples to the Gulf was the direct result of meetings held during the recent visit of Prime Minister Shri Narendra Modi to the UAE, where Yusuff Ali shared his willingness to procure Kashmiri agricultural produce and set up a logistics hub in Srinagar for uninterrupted supply.

Commenting on the momentous occassion, Consul General of India Dubai, Dr Aman Puri said, “I congratulate the LuLu Group for announcing a host of initiatives and for the long standing commitment and partnership in achieving the target of doubling J&K’s exports. I express my gratitude to the Chairman of the LuLu Group, Shri Yusuff Ali MA for his initiatives in J&K, which would generate employment opportunities for local youth and contribute to the economic development of the region.”

UAE weather: It is fair and partly cloudy across the emirates 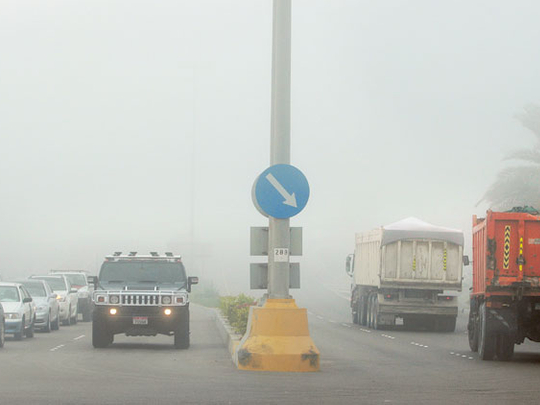 UAE weather: Fog across Abu Dhabi till 10am, cloudy at night in Dubai, Al Ain, Fujairah, and Jebel Al Jais

Alert: Expired UAE visit visa holders have only four days to leave the country without fines