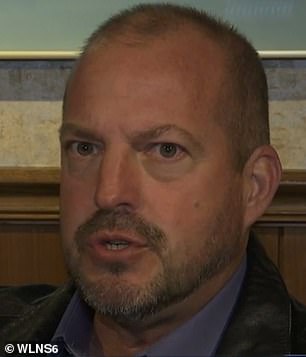 A Michigan man who heroically saved his sister from being slain by a serial killer who brutally murdered four women in the late 1970s is speaking out about the traumatic ordeal a year before the man known as ‘Mid-Michigan’s Ted Buny’ becomes eligible for parole.

Randy Gilbert was a 13-year-old boy living in his family home in the Eaton County town of Delta Township in August 1978.

When he came home, he found Donald Eugene Miller, a 23-year-old from East Lansing, violently raping his sister, Lisa Gilbert, who was just 14 years old at the time.

Miller had just finished raping Lisa and had started to strangle her when Randy walked into the house, according to the Lansing State Journal. 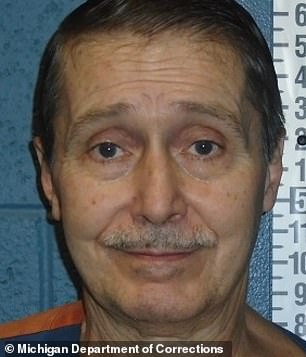 Randy Gilbert (left), 55, and his sister, Lisa Gilbert, nearly died at the hands of Donald Eugene Miller (right), 65, a serial killer who confessed to the murders of four women in the Lansing, Michigan, area in the late 1970s 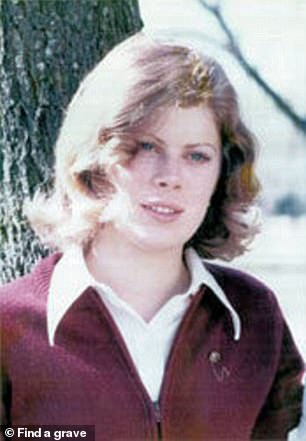 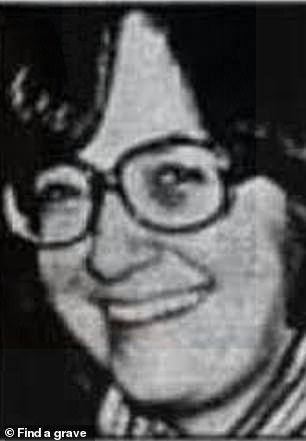 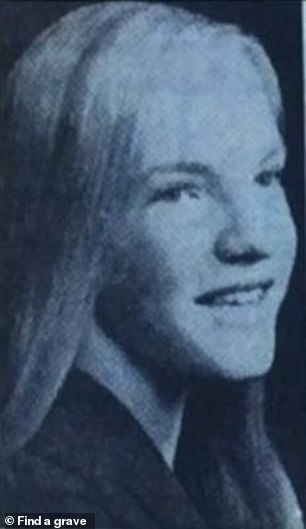 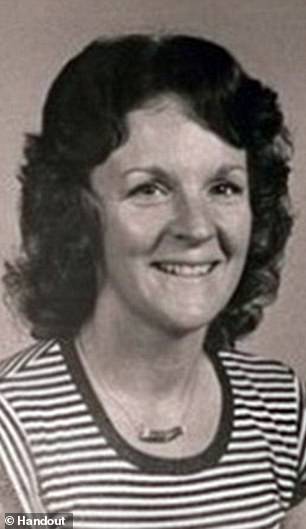 Had Randy not come home to intervene, it is likely that Lisa would have been Miller’s fifth victim, and authorities may not have arrested him.

When Randy walked in during the attack, Miller left Lisa, who at this point was bound and gagged.

‘And then he grabbed me and uh looked at me and says “I’m not going to hurt you”,’ Randy told WLNS-TV.

‘At that point he had a knife to my neck.’

Miller forced Randy to lead him into his bedroom. Randy was then told to lay face down on the ground.

That’s when Miller started slicing Randy’s neck with the knife. Miller (pictured above in 1978) was arrested two days after he raped Lisa Gilbert in her home in Eaton County, Michigan, in August 1978. During the assault, Randy Gilbert, Lisa’s brother, walked into the home. While Miller attacked Randy, Lisa, who was bound and gagged, ran outside and flagged a vehicle for help, eventually leading to Miller’s arrest

Randy then managed to knock the knife out of Miller’s hand and a struggle ensued.

Miller then started to choke Randy until he passed out and lost consciousness.

While he was knocked out cold, Randy was stabbed twice in the chest by Miller.

Miller then grabbed the knife and stabbed Randy twice in the chest. Randy suffered a punctured lung and nearly lost his life as the knife just barely scraped his heart.

‘While he was attacking me, my sister was able to get out of the house,’ Randy said.

Lisa, who was still bound and gagged, managed to flag down a car on the street outside her home. 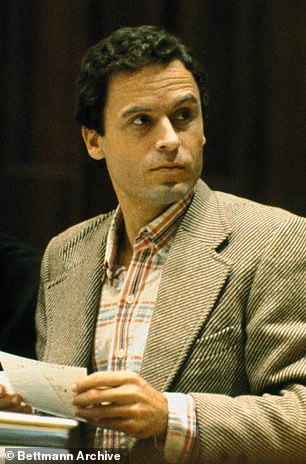 Miller’s boyish-looking face and mild manners earned him the moniker ‘Mid-Michigan’s Ted Bundy,’ named after the infamous serial killer who confessed to using his good looks and charm to meet and then murder at least 30 women in the mid-1970s

She and her brother were fortunate to survive the attack.

Miller, who was arrested two days later, confessed to killing four other women from January 1977 until August 1978.

Now 65 years of age, Miller, who has been incarcerated at the G. Robert Cotton Correctional Facility in Jackson, Michigan, is up for parole this coming August.

In 1979, he was given a 52-year prison sentence after he was convicted or rape and attempted murder.

He managed to avoid a sentence of life imprisonment by leading authorities to the bodies of his four victims.

In exchange, he received what was considered at the time as a shockingly light sentence.

Miller was a 23-year-old graduate of Michigan State University, where he majored in criminal justice.

Two days after his fiancee Martha Sue Young, a 19-year-old French major at MSU, broke off their engagement, Miller killed her on New Year’s Eve 1976.

Young was declared missing on New Year’s Day 1977, and while authorities suspected Miller to be the culprit, they could not find enough evidence to arrest and charge him.

In June of 1978, Marita Choquette, a 27-year-old editorial assistant at WKAR-TV, went missing after she came home from having dinner with a friend.

Thirteen days after her disappearance, her mutilated body was found in Okemos, a town next to East Lansing, where a farmer was dumping his trash in a woodlot just a short distance from his residence.

That same month, Wendy Bush, a 21-year-old college student enrolled at MSU, was found stabbed to death in a field near Holt.

Stuart disappeared two days before Miller was arrested for the attacks on the Gilbert siblings for which he was eventually arrested.

After his arrest, Miller confessed to all four killings. Authorities said that Miller managed to cover his tracks. Now 65 years of age, Miller, who has been incarcerated at the G. Robert Cotton Correctional Facility in Jackson, Michigan. He is up for parole this coming August

His boyish-looking face and mild manners earned him the moniker ‘Mid-Michigan’s Ted Bundy,’ named after the infamous serial killer who confessed to using his good looks and charm to meet and then murder at least 30 women in the mid-1970s.

At his trial, Miller claimed that he was insane and was suffering from multiple personality disorder.

Since the start of his incarceration in 1979, Miller has been up for parole numerous times and been denied each time. Donald Gene Miller was the quintessential boy next door.

Born and raised in East Lansing, Michigan, he was clean-cut and polite.

A devoutly religious youth pastor and criminal justice major at Michigan State University, Don played the trombone in his college marching band and was known for his odd taste in attire. 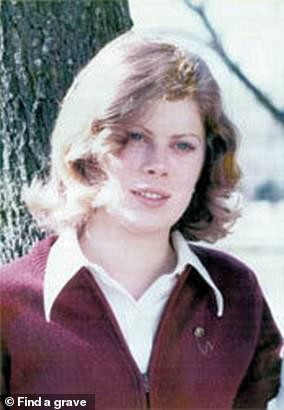 Martha Sue Young, 19, Miller’s first victim who broke off her engagement with him two days before she disappeared

He also had a deadly fear of rejection, was obsessed with the ghost of his dead fiancée, and would eventually be dubbed ‘Michigan’s Own Ted Bundy’ by the media.

She disappeared on New Year’s Eve 1976, just two days after she’d called off their engagement.

After begging Martha Sue to go out with him that night, Donald Miller strangled her to death in his 1973 Olds Cutlass when she told him she didn’t love him anymore.

He claimed to have dropped her off at home safely after their date, but was the prime suspect in her disappearance from the beginning.

In the two and a half years between the night Martha Sue went missing and the day Miller led police to her remains in a Clinton County field, he would kill three more times.

A year and a half after Martha Sue disappeared, Miller set his sights on Marita Choquette, a Grand Ledge woman who reminded him of his former fiancée. 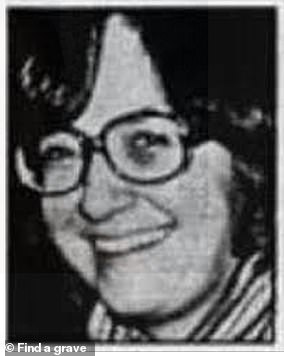 Marita Choquette, 27, an editorial assistant who ‘reminded Miller of Young’

The two women were the same height, same weight, and had the same wavy, shoulder-length brown hair and dark-framed glasses.

Both women were very religious, and attended MSU.

And both women met the same fate when they rejected Donald Miller.

He strangled Marita Choquette in his car after taking her to breakfast one morning, then dumped her body in a field out in Holt, where it was discovered by a farmer two weeks after she went missing.

She too was a religious MSU co-ed who’d gone on a date with Donald Miller.

He strangled her in the Spartan Stadium parking lot after she turned down his advances. 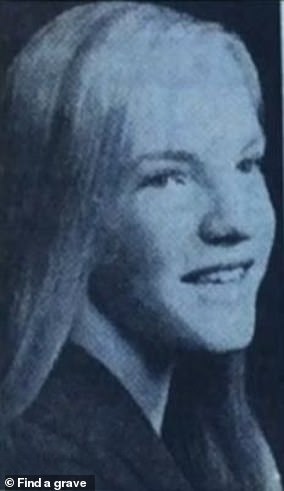 He dumped her body in a ditch in Delta Township near where Our Savior Lutheran Church now stands.

Two months later, the wolf in sheep’s clothing was on his way home from work when he spotted a ghost.

The petite woman with wavy, shoulder-length brown hair and big, dark rimmed glasses walking down the sidewalk near his home had to be Martha Sue Young.

He ran her down with his car, then threw her into the backseat and began to strangle her, demanding to know how she was still alive.

Only once he’d killed the woman did he realize that it wasn’t Martha Sue.

It was his neighbor, Kristine Stuart, a Lansing school teacher.

On August 16, 1978, he attacked a teenage girl in her Delta Township home after gaining entry by knocking on the door and asking to borrow a pencil and paper.

Unaware that the girl was not alone, he was caught off-guard when her younger brother interrupted the attack. 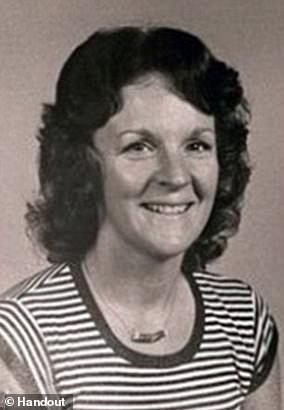 As he turned his rage on the boy, the girl escaped the house and was able to flag down help.

Several people saw Miller flee from the home, and he was arrested later that day. Both teens survived.

Miller struck a plea deal with prosecutors that stunned the community.

In exchange for a shockingly light sentence, he revealed the locations of his victims’ bodies.

Martha Sue Young, Wendy Bush, and Kristine Stuart were all still classified as missing at the time, and their families desperately wanted closure.

As a result, serial killer Donald Gene Miller had his first parole hearing just TEN YEARS after his sentencing.

He has been up for parole several times since then, each time being denied.

His petition for parole will likely be reviewed again in 2021, when he is 66 years old.