Director Anurag Basu is no stranger to chaotic productions, but none has been as well documented as his 2017 box office flop, Jagga Jasoos, which took roughly four years to make. Star and producer Ranbir Kapoor in a recent interview called it the worst business decision he’s made.

In a new interview, Anurag discussed the challenges he was up against while making the musical, and addressed the controversial removal of Govinda from the final film.

“Govindaji did come with us,” he told Mid-Day. “With such delays already with the shoot, [there was confusion] if Govindaji is coming on the set, or is he cancelling the flight, or is he taking the fight, or are we cancelling shoot? It was so unpredictable. I couldn’t have taken that stress, yaar. We were shooting outdoor in South Africa, everything was lined up. I just had to [let go of him].”

Govinda had fumed about his removal in a series of tweets in July 2017. “I did my job as an actor and if the director is not happy it’s completely his call,” he had written. “There were various negative stories and negative articles only for Govinda and that’s how the film was remembered for three years. I was unwell and on drips but still, I travelled to South Africa and did my shoot. I was told they will narrate the film in South Africa and I dint even charge my signing amount, made no contracts. I gave full respect to Kapoor family. I did the film because he is my senior’s son. I was told I will get the script.”

1/5 I gave full respect to Kapoor family i did the film because he is my seniors son I was told I will get the script.

Ranbir, as producer, took all responsibility for the situation. He told DNA, “Unfortunately, the entire track has been chopped off; it is our fault, Basu and mine. We had started this film prematurely, without a complete script. The character had completely changed, and the film was taking so long.” He further said, “It is very irresponsible, and very unfair to cast a great legend like Govinda and not do justice to his role. We are apologetic, but it is the best thing for the film so we had to cut that track out.”

Also read: ‘My girlfriend Alia is an overachiever’: Ranbir Kapoor says they’d have been married if the ‘pandemic hadn’t hit our lives’

Anurag admitted in the Mid-Day interview that Ranbir was busy promoting four films at the time, and in hindsight, he should’ve asked him to focus. “We could have finished a year before. There is not a single thing I can pinpoint [for what went wrong]. Ranbir [the lead] was shooting and promoting four films [Besharam, Bombay Velvet, Roy, Ae Dil Hai Mushkil] during this time. I could have put my foot down and requested him not to. But then, Pritam also wanted time to make music. I didn’t know where to balance. Even after all this time, we were rushing with post-production, five months before release!” he said.

Jagga Jasoos, which also featured Katrina Kaif, failed to recover its reported Rs 130 crore budget. Ranbir’s father, the late Rishi Kapoor, had publicly blasted Anurag for the film’s failure, blaming his mismanagement for how the film was received. 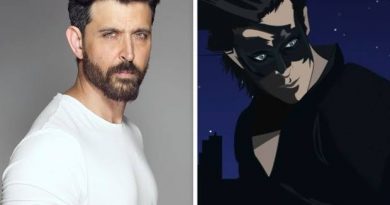 On 15 Years Of Krrish, Hrithik Roshan Shares Another Update About Next In Series