Once the snow starts falling, there’s no better way to embrace it than by bundling up and goofing around in it. Stars like Rebel Wilson and more have all done just that!

It’s a winter wonderland! So many stars love taking snowy vacations in the winter months, which means they’ve shared some top-notch Instagram photos of themselves outside in the snow. While some just take sexy poses while standing in the snow, others really get into it by jumping into piles of snow like little kids. From Rebel Wilson to Kim Kardashian and more, see the stars who’ve really embraced winter:

Rebel Wilson has been taking winter 2020 by storm. The actress took a trip to Aspen with her boyfriend, Jacob Busch, and some friends ahead of the holidays. She’s posted tons of videos and photos of herself skiing, posing in the snow, and even picking some snow up off the ground to goofily blow it at the camera. During 2020, Rebel went on an impressive weight loss journey and shed 60 lbs., so she’s also been rocking some super slimming and stylish new winter gear on her getaway as well!

The east coast got its first snowstorm of 2020 in mid-December, and it sent everyone outside to catch a glimpse. Bella Hadid fully embraced the storm. She put on her snow pants and a big, oversized jacket, and threw herself right to the ground to make snow angels once the snow stopped falling. Of course, she also made sure her photos from the snow angel shoot were sexy, and she wore a crop top to put a sliver of skin on display, despite the chilly air.

Kim Kardashian isn’t one to get down and dirty in the snow, but she sure does love a good wintry aesthetic. During her family’s trip to Tahoe in 2020, Kim put on some super stylish snow gear and boots to take a scenic pic. Her view was breathtaking from on top of a mountain, and Kim had her tiny waist on display in a pair of skintight, animal-print snow pants, a cropped sweater and puffy jacket.

Kylie Jenner and her two-year-old daughter, Stormi Webster, were also on the Tahoe trip, and they posed for a photo of their own in the snow. Kylie wore tights with her dress and matching winter outfit. Meanwhile, Stormi was too cute for words in her long black coat. Both mom and daughter also wore appropriate snow boots as they trekked through the snow to get their photo.

Nina Dobrev is dating a professional snowboarder — Shaun White — so it’s a good thing she loves the outdoor winter weather herself! Ahead of 2021, she posted photos of herself ankle-deep in powdery snow. She wore a white and light blue snow outfit, along with heavy duty boots. The water in the background provided quite a scenic view, and the actress kept wrong with a big hat on her head, too.

Just weeks before the United States went on lockdown due to the coronavirus in 2020, Kelsea Ballerini took a trip out west to Jackson Hole, Wyoming. She got to spend some time in the show, which is she isn’t used to as a Tennessee girl! Regardless of her lack of experience in winter weather, Kelsea still looked super chic in her puffy jacket and sweater. 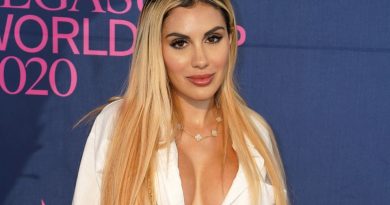