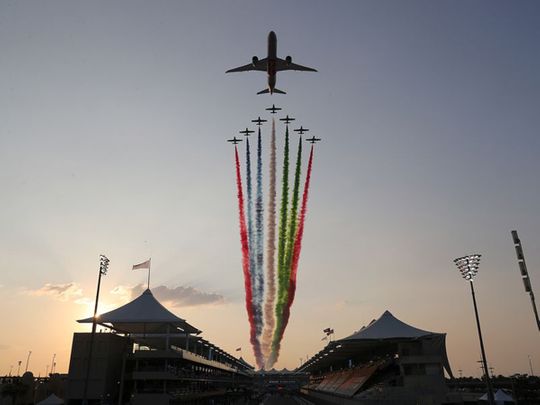 Dubai: “A healthy body is the source of human happiness, where a person cannot be happy if he is unwell,” Sheikh Mohammad Bin Rashid Al Maktoum, Vice President and Prime Minister of the UAE and Ruler of Dubai, has often stressed. An avid sportsman, Sheikh Mohammad has shown the way on more than one occasion in his pursuit of excellence in every sector.

Hence, it was no wonder when the UAE cautiously proved its capabilities as the region’s sporting hub while hosting events at a time when everything else was shut down across the globe. First came the Indian Premier League (IPL) — a grand cricket extravaganza spanning two months — followed by global grand finales in golf and Formula 1.

The year, in fact, started off on a sound note like any other year as the world turned its attention to the UAE Tour followed by a delight-laden tennis field at the Dubai Duty Free Tennis Championships. But that was about the time when the virus was beginning to sweep the globe and shutting down everything in its wake.

The UAE Tour was among the first to find a positive case, moving authorities into the immediate suspension of the race with two days yet to be contested. The tennis was luckier as organisers and owners Dubai Duty Free tread cautiously to see the two-week competition through, followed by an additional week for the Asia Fed Cup play-offs. That happened to be the very last sporting event in the country as the sporting world and beyond ground to a halt.

At the other end of 2020, little over a month back on November 15, and just a week after the challenge of the IPL had been successfully handled, the Supreme Committee of Crisis and Disaster Management through Dubai Sports Council announced that sporting events in Dubai can host up to 30 per cent of spectators.

With the first major hurdle handled adroitly while organising the IPL, Dubai turned its attention to golf as back-to-back events at Jumeirah Golf Estates. Limited spectators were allowed on the golf course during the Golf in Dubai and season-ending DP World Tour Championship, but there were still [plenty of thrills as Lee Westwood was crowned Race to Dubai champion for the second time — 21 years after his first crown on the European Tour.

TRIUMPH IN THE FACE OF ADVERSITY

The past 12 months have been challenging in more ways than one. But, looking beyond all expectations, the UAE made it possible to host such mega sports events and in total adherence to the norms laid down by various government and health authorities.

First up was the IPL, and that event did present its fair share of challenges and hurdles given the longer time frame of spanning over a two-month period. Discussions around the IPL being staged in the UAE actually began with an inviting statement from the Emirates Cricket Board (ECB) offering to host the IPL back in May. At that time perhaps, not many may have paid attention to that statement because the pandemic was causing havoc all over the world.

Quietly the wheels were set in motion for the tournament to be staged with the BCCI and IPL actively being involved in discussion with those in the know at the ECB. A whole load of boxes had to be ticked for the tournament of that level to be held over three venues in Dubai, Abu Dhabi and Sharjah.

But the eight participating teams along with their support staff rose to the occasion and successful saw through a classy event. And when the Mumbai Indians celebrated their triumph over Delhi Capital on a cool November night, it really meant everyone involved with the tournament had done his or her bit to ensure the tournament was a huge success.

Next up was the golf with the Golf in Dubai Championship from December 2-5 followed by the DP World Tour Championship from December 10-13. While Frenchman Antoine Rozner won the first event and England’s Matthew Fitzpatrick took the honours at the season-finale, it was fellow Englishman Westwood who stood tall with a historic end to the season. At 47, Westwood — the Abu Dhabi HSBC Championship winner in January — book-ended his year with moments of magic in the Middle East to end 2020 as both Race to Dubai champion and European Golfer of the Year. It was sheer magic in the career for the golfer from Worksop, Nottinghamshire, as he ended the season-ending Race to Dubai, a full 21 years after being crowned European No. 1 for the first time.

The same weekend as the curtain came down on the golf season, came the Etihad Airways Abu Dhabi Formula One Grand Prix and the celebration to mark Lewis Hamilton’s record season and seventh Drivers Championship. It was a seamless operation from Wednesday to Sunday that was executed to perfection at Yas Marina Circuit, but once again with no fans. But what was even more important was the fact the world motorsport acknowledged the fine shine lent by Abu Dhabi on the season-ending race that was claimed by Max Verstappen.

However, what stood out before the entire world was the UAE’s can-do attitude even in the face of the most severe challenges. Here was a place and true sporting destination that pointed towards a certain sense of pride, while showcasing the country and leading the world into the unknown. 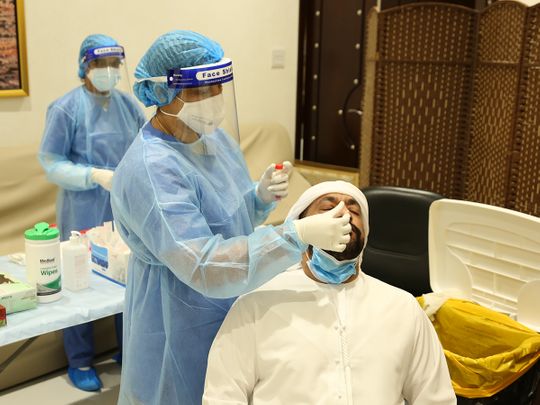 Police: Road accidents in Sharjah dropped 49% during past ten months