This year has been an unusual one in every aspect. The change was also felt and seen in the entertainment industry landscape. This year stars emerged not out of box office numbers but from rich content based OTT projects. It was no longer the number game that ruled the industry but rather who rules the hearts of the audiences via the digital platforms. From Jaideep Ahlawat in Paatal Lok, Pratik Gandhi in Scam 1992, Masaba Gupta in Masaba Masaba, Jitendra Kumar in Panchayat to Vikrant Massey, who had three OTT projects that released this year, these actors and their performances ushered in a new era of stardom this year.

“Yes, I call it the year of hardworking actors,” shares Abhishek Bannerjee, who achieved much acclaim for his role in Paatal Lok.

He further adds, “There are so many others who have got the much needed attention from the industry, the media and the audience and that’s amazing! I know the hard work which has went behind for these outstanding performances. I have seen them closely enough for a long time. So, I am happy that this time has finally come because I think we all were skeptical whether the industry is going to accept us, whether the audience is going to accept us; finally it has and that tells you that you might be on the right path and all we need is focus and double the hard work!”

Ahlawat feels it is more than just about redefining stardom. “Yeh toh hona hi tha. I don’t look at it as newfound stardom but yes this is very reassuring for actors like me. I have been around for so long and this happening now shows that there is now a change and I just need to build on that,” shares the actor, who played the role of a Delhi cop Hathiram Chaudhary in the crime thriller series.

For Gupta, the outpouring of love for her semi autobiographical web series was quite a surprise but a the designer-actor is pepped about how the popularity and acceptance of the show only goes on to prove how things have shifted gears this year in the entertainment industry.

“It is no longer about the way you look anymore or where you come from, it is about what you bring to the camera and whether people are convinced. The age of the over smart actor, the age of the unnecessarily popular actor is over, today is about sheer talent and thank god for that. You can today have Pratik Gandhi play Harshad Mehta and he can also play a comic role and he can be a big star,” Gupta shares.

Divyendu, too, had quite a year with two of his web projects—Mirzapur 2 and Bicchoo Ka Khel. The actor says while he graces the stardom and fame with open arms, he thinks one shouldn’t take it too seriously as well.

“More than anything it’s the validation of one’s hard work. Let’s be honest, it feels great when the audience showers praises! I just feel content and grateful for the opportunities I’ve had. Especially, for playing Munna (from Mirzapur), I have received an incredible amount of love. While I know that one must keep striving for better, I also want to savour this moment right now,” he says.

With for projects this year—Chhapaak (theatrical) and OTT projects like Cargo, Dolly Kitty Aur Woh Chamakte Sitare and Ginny Weds Sunny– Vikrant Massey’s career saw a boom like never before and the actor is rather pleased with his bloated fan base.

“I can only say that I am grateful that I got to showcase so much of my work to my fans. It’s too early to be talking about the purple patch bit in my career, I know that there is a lot more to come. I really hope people enjoyed watching these films this year as much as I did making them,” Massey adds.

Kumar started the year with Shubh Mangal Zyada Saavdhan, which was a theatrical release and then found a new audience base thanks to his web series Panchayat. The actor notes that for long there has been a star system that ruled and this year was a breakout year for many actors who have been in the periphery for too long.

“I think there used to be quality compromise for the sake of a name. But now we have realized that we need all kinds of content and all kinds of actors. So possibilities are increasing. Even OTT stars will now get to be a part of big films as they have proved themselves that they can shoulder projects and keep the audience hooked,” he explains. 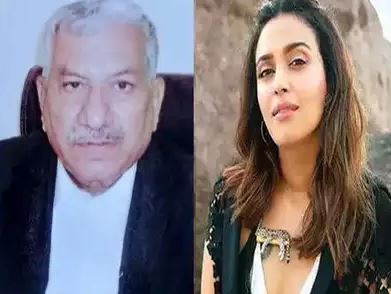 Amitabh Bachchan shares pic of city square in Poland named after his father: ‘Moment of pride for family and India’