Producer-interior designer Gauri Khan and her younger son, AbRam, were spotted outside filmmaker Karan Johar’s residence on Wednesday. It was reportedly for a kids’ party.

In pictures shared online, AbRam was seen in a red and blue T-shirt while his mother was wearing a black and white combination. Both had masks on.

As per a report in The Times of India, Shweta Bachchan Nanda, daughter of Amitabh Bachchan was also present at the party.

Karan has twins – Yash and Roohi – whose videos and pictures he routinely keeps posting online. Through much of the lockdown, he had regaled fans by posting funny videos of life with his twins at his Mumbai residence. All of it came to a grinding halt after the tragic passing away of actor Sushant Singh Rajput, after which Karan was attacked on social media, for allegedly supporting nepotism.

However, in November, he announced his first book – a children’s book titled The Big Thoughts Of Little Luv — which he had written during the lockdown. It was launched online on December 4. It is based on his experiences of being a single father to his twins. A number of his friends and colleagues in the industry had posted videos of their children, reading the picture book.

Sharing pictures of AbRam, Gauri had written: “All grown up, AbRam’s reading this book himself!! Congrats @karanjohar on the book!!” The pictures showed Gauri sitting on the balcony of her lavish Mumbai home, overlooking the sea, as AbRam read the book.

Ananya Panday had also posted a video of her reading the book with Karan’s twins and had written: “The big thoughts of little Luv’ by @karanjohar the sweetest book with the sweetest message!” 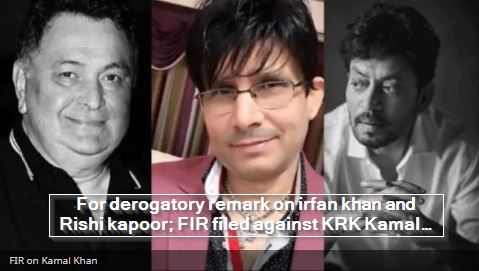