The Haryana government on Wednesday decided to levy a 2 per cent “panchayat tax” on power bills for consumers who fall within the limits of the rural bodies in the state, triggering an opposition demand for its rollback.

Officials said electricity consumption for agriculture and some other categories is exempted from the tax. An official statement issued here said the state government has decided to levy the tax on use of electricity in order to augment the financial resources of gram panchayats.

But it will not will apply on “consumption of electricity by the government of India or if it is consumed in the construction, maintenance or operation of any railway by the Centre or on consumption by agriculture consumers within the limits of gram panchayats in the state,” it added.

The statement said the decision was taken at a meeting of the state cabinet held here under the chairmanship of Chief Minister Manohar Lal Khattar.

Khattar later said the move would garner an additional Rs 100-125 crore annually for the panchayats which then can be used in their developmental work.

The opposition, however, slammed the move, with senior Congress leader Randeep Singh Surjewala saying “the tax imposed on rural consumers should be immediately rolled back”.

In another decision, the state government decided to set up a new municipal corporation, the 11th in the state, at Manesar in Gurugram district by including 29 adjoining villages in it.

The Cabinet also approved the implementation of the Delhi-Panipat Corridor of Regional Rapid Transport System (RRTS), which will have a total length of 103.02 km, and it will have 17 stations, including six in Delhi and 11 in Haryana.

The construction and commissioning of the RRTS will be undertaken in two stages – Sarai Kale Khan to Murthal, including Murthal depot (58.28 km), and Murthal to Panipat, including Panipat depot (44.74 km), the statement said.

The project will enable efficient and effective movement of a large number of people into vastly congested places and provide important links for residents of urban/sub-urban nodes in Haryana to access services and facilities in towns and cities of the region, while bringing and accelerating economic development of these urban nodes, it added.

The cabinet accorded approval to provide state government guarantee for a term loan of Rs 235 crores for setting up new sugar plants and ethanol plants at Karnal, Panipat and Shahbad sugar mills. The Haryana State Cooperative Apex Bank Limited (HARCO Bank) has sanctioned the term loan for the projects. PTI 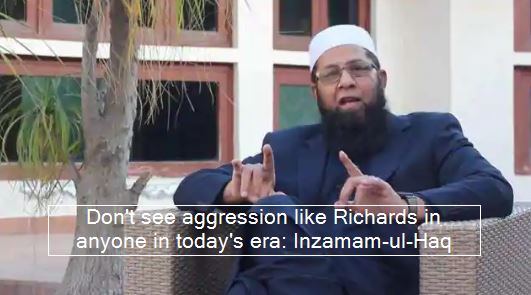 Don’t see aggression like Richards in anyone in today’s era: Inzamam-ul-Haq List Of Trains That Will Run From Tomorrow, Stations, Timings