After months of negotiations in Washington to no avail and proposals that went nowhere, Congress approved an aid package Monday night to temporarily reach out to consumers a small hand. This avoids a humanitarian and economic calamity for a time that is not very long.

President-elect Joe Biden himself views this aid as transitional and says more needs to be done. “Like all commitments it is far from perfect, but it gives vital relief at a critical moment,” he said Tuesday.

Biden reiterated that this action is the first, “an initial payment to fight the crisis we are in, but we have to do more”

But without aid at this time, the prospects of a serious deterioration in the economy that would affect the recovery expected with the COVID vaccine were very real. According to the experts at Oxford Economics, aid is late “and it is less than what is necessary to avoid a harsh winter, but it is better than nothing. It will help in the current economic downturn and will help to give some dynamism to the recovery during the initial vaccination phase ”.

A lot of heartache, a lot of uncertainty and a lot of bankruptcies would have been saved if there had been a continuation of the CARES Act, which was more ambitious than this week’s deal.

Above all, because the pandemic has not left a corner of the country map without visiting and the numbers of infections, hospitalizations and deaths are making the most pessimistic forecasts in this sense good, so it is not possible to trust the dynamics of an economy that does not it is headed for recovery but for further deterioration.

Items are missing and there are sales, but for you, what’s in this help for you? We break down the most important:

What’s in the help package?

If in 2020 the situation has changed compared to 2019 in terms of income, a refundable credit can be requested when taxes are made before April 15.

Those who do not pay their taxes with the direct method to their bank accounts may take longer to receive the money, although it is expected that the money will be distributed before January 15. If the money is not received or the amount is wrong, it can be requested and adjusted in this year’s taxes.

Unlike the CARES Act, it ensures that families with mixed immigration status can receive this check. The NY Immigrant Coalition welcomes what is considered a first step towards inclusion since in March entire families in which children or a husband were citizens or regular taxpayers were left out. Now not only is the social security holder of that couple paid (including the children) but the March payment is also retroactively included. It can be requested when the 2020 taxes are made.

Although this penalty is eliminated, undocumented immigrants remain outside the aid package no matter how much they pay taxes like the rest.

Starting on December 26, some 14 million people were going to lose the collection or unemployment insurance (IU) for having exhausted what they were entitled to or for being under the umbrella of an insurance created by the CARES Act that allowed freelancers and gig workers receive a benefit that they normally do not receive. Now these benefits extend 11 weeks, until mid-March.

One of the most cruel aspects of this crisis is the situation in which many families live who have not been able to pay their rents for months. The moratorium on evictions has been extended until the end of January, that is, it extends for a month. To be eligible, you must prove the substantial reduction in income or the increase in medical expenses, for example.

The aid package allocates $ 25,000 million to local governments to distribute payments with which to deal with rent checks. To qualify there are certain income limits that are calculated with respect to the median income of where you reside and other conditions must be met with respect to the lack of income directly related to the pandemic.

There are 285,000 million for new partially forgivable loans, the so-called Paycheck Protection Payment or PPP that can be made for the first and second time in some cases. On this occasion, the possibility that companies listed on the markets request them is eliminated and for certain businesses such as hotels, bars and restaurants they will be granted for higher amounts, not only 2.5 times the cost of their staff but 3.5 times.

In addition, the list of expenses that can be paid with these loans is expanded so that you can get more money and return less amount since larger returns are forgiven. The costs of applying for the loan may be deducted.

There is also $ 20 billion for Economic Disaster Loans (EIDL) direct aid to small-income communities and $ 12 billion for businesses in low-income and minority communities.

$ 13 billion is earmarked for food assistance, including a 15% increase over six months in SNAP benefits or food stamps.

The aid package earmarks $ 10 billion to fund the childcare sector. It is about helping to stabilize childcare providers. Some aid that can be used to pay the staff of these centers or the income itself.

Around $ 15,000 million are direct aid to theaters, concert halls and other cultural venues that due to the imperatives of social distance have seen their activities close or their demand collapse. It is a step to maintain part of the link in the chain of the performing arts. For the Broadway scene it’s a relief

What is left out?

Local governments have run out of federal money transfers with which to make up for the large deficits in their public accounts. Conservatives did not agree to approve this aid that in the past has proven crucial to avoid cuts in services and programs that have a direct impact on communities.

Democrats wanted this to be as big as the entirety of the newly approved package.

From the economic point of view, it is a very important omission that is expected to be taken up in future editions of aid to cope with the pandemic. Otherwise, city councils and state governments will have to cut budgets in education, public transportation, infrastructure and employment programs, among other items.

The states will still receive money but to manage specific programs contemplated directly in the stimulus, not to use it in items that are now threatened by budget deficits.

For months and given the impact of the pandemic and the reduction in demand, restaurants have been requesting very defined aid for the sector. It was the Restaurant Act, a direct aid of about $ 120,000 million to help companies in the sector as well as bars with less than 20 locations, that is, excluding franchises. The aid would give priority to minority and women’s businesses.

In exchange for the disappearance of this direct aid for this dying sector, special treatment has been given with the renewed PPP and other fiscal aid such as new deductions and credits for worker retention. The industry qualifies these aids as a band aid.

What’s in it for New York?

The state and municipalities have been left, like those of the rest of the country, without transfers that they can use to compensate their deficits without having to make cuts in public spending.

In New York City, for example, municipal aid to day laborers’ organizations has allowed the undocumented who have been left without the protection of the state’s social network in terms of unemployment, food aid and direct aid checks. they have made it possible to provide protection to a good number of families to some extent.

In the new budget this funding for community organizations has practically dried up given the difficulties to close a budget and with this stimulus there is no help on the way.

But there are direct sums for some items like $ 5.8 billion for the education stabilization fund.

The MTA, which manages public transport, receives an emergency aid of $ 4,000 million that only covers a part of the great deficit of those who have in their hands the operation of the deficit subway.

Around $ 60 million also arrive in the transportation sector for the JFK and La Guardia airports.

In terms of health, about a billion will come to the state hospitals and health care centers. 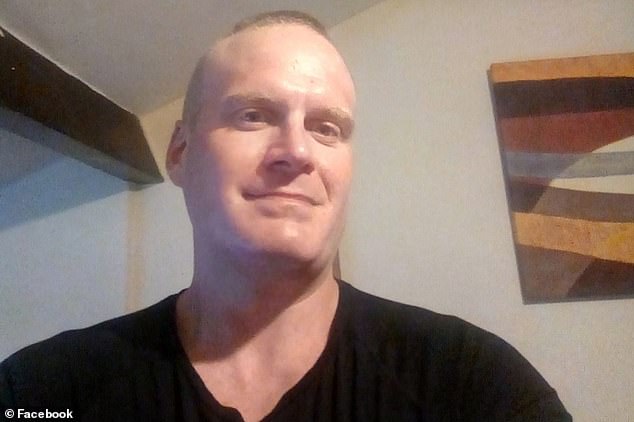 Is the Holy Grail in HOUNSLOW? Amateur archaeologist convinced relic hidden under river in London