One fantasy suite date ended in disaster for Tayshia Adams, as [SPOILER] realized he wouldn’t be able to go through with proposing and left ‘The Bachelorette’ at the final three.

Brendan Morais eliminated himself from The Bachelorette during the show’s Dec. 21 episode. Things went great for Tayshia Adams on her fantasy suite dates with Ivan Hall and Zac Clark. She spent the night with both of them. Ivan told Tayshia he was falling in love with her, and Tayshia said she was “falling for [him], too.” Meanwhile, with Zac, it was even more serious — he flat-out told Tayshia he loved her, and she actually fully reciprocated.

However, things took a terrible turn during Brendan’s date. During the daytime portion of the date, Brendan and Tayshia got the chance to look at some Neil Lane diamonds, which started freaking Brendan out. The 30-year-old has been married before, and started realizing that he wasn’t ready to take that step again. He couldn’t hide the look of uneasiness on his face as Neil began showing them engagement and wedding bands.

“Looking at wedding and engagement rings and all these pieces of jewelry that symbolize a future commitment and a future decision that really would mean forever…it’s such a huge step and a scary step for me,” Brendan admitted in a confessional. “I’ve been here before. I’ve looked at rings before. But when I propose to someone for the second time, that person is going to be my wife for the rest of my life. An engagement ring means we’re going to be together forever and that means so much. But am I ready to give Tayshia that commitment of forever? Ummmm. I don’t know.”

Meanwhile, Tayshia began to take notice of Brendan’s change in behavior. “I am really interested in Brendan,” she explained. “He makes me really excited. But now, all of a sudden, it seems like there’s some type of disconnect. I just can’t read him. I just don’t know where he’s at. It’s kind of a weird feeling. I hope that there isn’t something wrong.”

Finally, during the nighttime portion of the date, Brendan addressed how he was feeling. He told Tayshia that when he first laid eyes on her, he really felt that she could be the woman that he married one day. However, the day with Neil Lane helped him realize the “gravity” of the possibility of forever — and he knew he had to end it.

Although Tayshia was clearly upset, she held it together and let Brendan know that she understood his decision. “Maybe a younger version of me would’ve been really pissed off at you, but at the same time, I know what you’ve gone through,” she said. “We’ve both been married before. And as much as I would love to be with you at the end of all this, if you’re not ready, that’s not something I’m going to push you to do. I’ve already fought for someone to try and love me once. I’m not going to do it again.”

After Brendan left, Tayshia did finally break down in tears. In a confessional, she explained just how much this breakup hurt her. “I really thought I was going to end up with Brendan,” Tayshia admitted. “He’s the person, every single day, that I’ve been like….it’s Brendan. Every single day.” Brendan also wiped away tears in his confessional, and said he was “devastated” after learning that Tayshia really saw a future with him. Ouch! 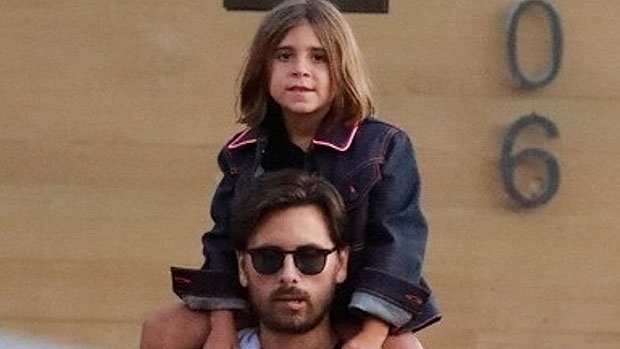 Scott Disick Cuddles With Daughter Penelope, 8, In Sweet New Pic: ‘Me And Peep’