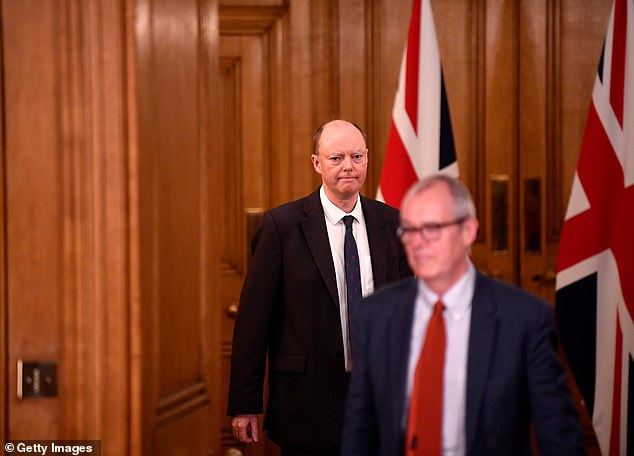 England was put on notice for a New Year lockdown last night amid warnings the mutant Covid strain has spread to the entire country with experts warning of a ‘human disaster,’ unless draconian measures are enforced across the country.

Chief Scientific Adviser Sir Patrick Vallance said it was likely that measures would ‘need to be increased’ in areas outside London and the South East, which are in the new lockdown-style Tier Four.

Professor Robert West, who sits on Sage’s behaviour science panel, said the Government’s current methods were unlikely to contain the spread of Covid-19.

He told The Guardian the country needed to move to ‘stricter but more rational social distancing rules,’ and build a test, travel, isolate and support programme  similar to ones seen in East Asia.

Professor West warned: ‘It sounds expensive but the alternative could well be a catastrophic collapse in confidence in the country’s ability to control the virus and the economic, human and social disaster that would follow.’

The Mail understands that Chief Medical Officer Chris Whitty has warned the Prime Minister that the number of patients in hospital with Covid is on course to match the April peak by New Year’s Eve – and will continue increasing in January.

Downing Street yesterday tried to play down suggestions that a third national lockdown was imminent, but Sir Patrick said the new strain, which is thought to spread up to 70 per cent more easily, was already present ‘around the country’.

He added: ‘It’s localised in some places but we know there are cases everywhere, so it’s not as though we can stop this getting into other places.’

University College London professor of infectious disease Andrew Hayward backed a national lockdown, telling The Guardian: ‘I think it’s clearer to give a consistent national message because although the levels of risk are different in different parts of the country, they’re still there and they’re still substantial.’

Concerns over a third national lockdown came as: One senior Tory said Boris Johnson had decided against ordering another national lockdown at the weekend only after Chief Whip Mark Spencer warned it would spark a mutiny among Conservative MPs.

Official figures yesterday showed another 33,364 people tested positive for the disease, with more than 2,000 being admitted to hospital in a single day.

The Prime Minister yesterday acknowledged that significant restrictions were likely to remain in place for months, but insisted it would be a ‘very different world’ by Easter.

However, he refused to guarantee that all pupils would be back in class by the delayed start of January 11, saying only that it would be done ‘if we possibly can’.

Yesterday, one Government adviser said it was a mistake to ‘panic’ about the new strain.

Professor Robert Dingwall, a member of the New and Emerging Respiratory Virus Threats Advisory Group, which advised No 10 on the variant, said: ‘Many of us were surprised to see a document which expressed ‘moderate confidence’ was transformed over the course of 24 hours into a national panic.’

He told LBC Radio it was ‘very hard to see the logic’ for placing London and the South East under Tier Four as the new strain was ‘frankly all over the UK anyway’.

Downing Street yesterday insisted there were no plans to move more areas into Tier Four ahead of the next formal review date on December 30.

But sources said the PM was ‘deeply concerned’ by the extraordinary speed at which the virus has responded after the last lockdown, which ended less than three weeks ago.

Public health officials in the Midlands and the North yesterday urged Southerners not to risk spreading the virus to their regions at Christmas. She added: ‘Other people in the house do not need to self-isolate but no visitors should be allowed in that house at all, even on Christmas Day.’

Government officials confirmed that the warning has no legal force.

And Mr Johnson yesterday raised doubts for the first time about whether all schools will remain open.

Asked directly if children would return to the classroom on time, he said: ‘The most useful thing I can tell you at this stage is obviously we want, if we possibly can, to get schools back in a staggered way at the beginning of January.’

Count of Osorno and Belén Corsini de Lacalle get engaged 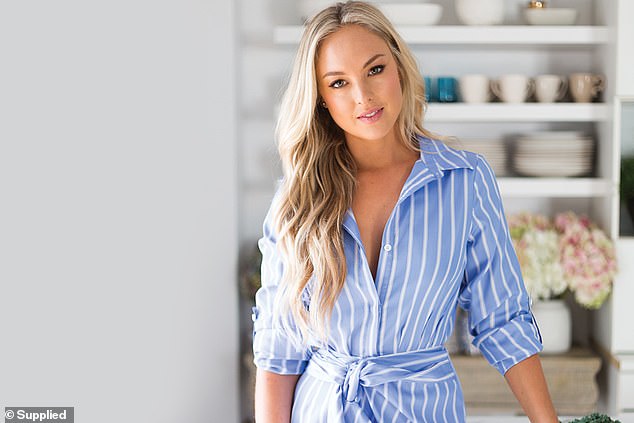