Shoppers began queueing at supermarkets from 5.50am this morning as people rushed to buy groceries before Christmas amid a French ban on British hauliers.

The country closed their borders to UK travellers from 11pm last night as large swathes of the country went into Tier 4 lockdown as the mutant Covid strain spread across parts of London and the south east.

It means people cannot travel from the UK into France by air, sea or drive via the Channel Tunnel.

This shopper began queueing outside a supermarket which already had a line of people waiting at 5.50am today Food and Drink Federation chief executive Ian Wright warned last night: ‘The suspension of accompanied freight traffic from the UK to France has the potential to cause serious disruption to UK Christmas fresh food supplies and exports of UK food and drink.

‘Continental truckers will not want to travel here if they have a real fear of getting marooned. The Government must very urgently persuade the French government to exempt accompanied freight from its ban.’

It also comes amid fears that a Brexit deal will not be reached before the end of the year, causing Britain to crash out of the EU. Long queues for Christmas supplies were pictured outside the Waitrose store in Henleaze, near Bristol, this morning Long queues formed at this Tesco store in Southend-on-Sea, Essex, yesterday after the Tier 4 lockdown was announced People queued after it was announced all non essential shops and retailers will close in areas including London, Kent, Essex and Bedfordshire. Pictured: Tesco supermarket in Essex The Port of Dover closed to all accompanied traffic leaving the UK for the next 48 hours after France imposed an inbound travel ban. Pictured: Lorries queue on the M20 in Folkestone ‘In the supermarket queue at 5.50 to get my hands on blockade/Brexit bog roll’, one shopper posted on Twitter alongside a picture of a line of people already queueing.

Problems at ports are being caused by a series of problems occurring at once which are not all unique to the UK. Industry insiders say there are three key issues behind the chaos:

The system for shipping goods around the world stopped working properly when economies shut down and reopened at different times as they dealt with Covid.

This led to shipping firms falling behind when it came to retrieving empty containers from European ports and taking them back to factories in Asia.

The container shortage is being exacerbated by a lack of staff across the global supply chain – including sailors, hauliers and warehouse workers – due to people falling ill or having to quarantine.

The problems caused by Covid have been compounded by a surge in demand caused by:

If the UK leaves the EU with no deal, then at the end of the transition period tariffs will be applied to imported goods according to World Trade Organisation rules.

Companies are therefore stockpiling goods out of fear of having to pay tariffs, or because they are concerned that new customs procedures after Brexit will delay imports.

There is always a spike in demand for goods around Christmas, which is exacerbating problems.

The British Retail Consortium previously urged shoppers not to ‘clear out’ the shelves amid concerns over a no deal Brexit.

Earlier this month they said retailers are ‘increasing the stock of tins, toilet rolls and other longer life products so there will be sufficient supply of essential products’.

They hopes to avoid a repeat of scenes seen earlier in the pandemic, when panic buying led to empty supermarket shelves and restrictions on key items.

Supermarkets previously limited the sale of key items such as toilet roll, and staples such as rice, flour and pasta.

But the French travel ban will lead to shortages, the industry experts said.

The British Retail Consortium (BRC) warned the closure of France to UK traffic would create ‘difficulties’ for UK imports and exports in the busy Christmas period.

Andrew Opie, the BRC’s director of food and sustainability, said any ‘prolonged’ disruption would be a problem in the run-up to the end of the Brexit transition period on December 31.

‘While goods can enter from France, few haulage firms will be willing to send trucks and drivers across to the UK without a guarantee they can return to the EU in a timely manner,’ he said.

‘This is a key supply route for fresh produce at this time of year.

‘We urge the UK Government and the EU to find a pragmatic solution to this as soon as possible, to prevent disruption for consumers.

‘Retailers have stocked up on goods ahead of Christmas which should prevent immediate problems.

‘However, any prolonged closure of the French border would be a problem as the UK enters the final weeks before the transition ends on December 31.’

The Port of Dover was today closed to all freight vehicles leaving the UK for the next 48 hours.

Transport Secretary Grant Shapps last night urged travelers and hauliers to avoid Kent ports or other routes to France for fear of further carnage on the roads.

Hauliers coming to Britain from France will still be allowed in but there are fears that lorry drivers will not travel to avoid being ‘marooned’ in the UK.

There are concerns that the increasing delays for hauliers could cause supermarket shelves to empty of essential ingredients for the Christmas Day festive feast. But perhaps also could lead to produce rotting in trucks as they wait to deliver their supplies.

Logistics companies urged people not to panic buy, saying that fresh produce will still be available.

Logistics UK general manager Alex Veitch added: ‘Shoppers should not panic buy – retailers will be making every effort to ensure there is stock within the system, including fresh produce, and it is important that we remember that inbound traffic still has access to the UK.

‘We are maintaining close contact with UK government to ensure that supplies of fresh produce are available throughout Christmas and the New Year.

‘Our advice to members is to check with ports before travelling, and keep in close contact with drivers to ensure their welfare is maintained.’ Tube stations and high streets were equally deserted as London went into its first day of Tier 4 lockdown, with limits on travel outside the area and almost no shops allowed to remain open

The Prime Minister will hold an emergency Cobra meeting today to discuss the French ban to ensure ‘robust plans are in place’.

A No 10 spokesman said yesterday: ‘The Prime Minister will chair a Cobra meeting tomorrow to discuss the situation regarding international travel, in particular the steady flow of freight into and out of the UK.’

The last minute annoucement gave Britons just eight hours to complete their gift shopping ahead of Christmas Day before the rules kicked in at midnight.

High streets and trains in Tier 4 regions were left deserted yesterday as all non-essential shops closed their doors. Tube stations were equally empty after travel out of the capital was restricted.

People in the highest band of restrictions also cannot mix indoors with anyone not from their household. JAN MOIR: Why Harry and Meg are the new Smashie and Nicey (shame it’s not all for charidee) 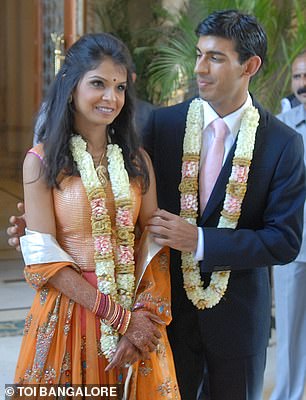 LORD ASHCROFT: Rishi Sunak’s gran sold all her wedding jewellery for a one-way ticket to England