East Coast braces for Christmas Eve storm: Nearly 60M from Charlotte to NYC will be slammed with strong winds and freezing temperatures – one week after huge nor’easter killed seven and dumped up to 44 inches of snow

Current forecasts appear to show storms affecting a large portion of the country before hitting the East Coast on Christmas Eve with a cold front bringing an Arctic blast for the duration of the holiday.

The storm could cause numerous hazards as it arrives on the East Coast.

Sub-zero temperatures are expected along the East Coast of the U.S. as Christmas approaches The Midwest will be affected on Wednesday by snow, heavy rain and strong storms

Currently, most of the East is experiencing seasonable temperatures after a blast of cold air hit the region on Saturday.

However, forecasters say there are a number of fast-moving systems that will travel through the Eastern and Central U.S. over the next few days.

The first frontal system may see some snow stretching from Ohio to New York.

On Monday, another disturbance coming in from Canada could see snow landing in the upper Midwest although there is unlikely to be any significant accumulation.

But the storm that may affect the East for Christmas is likely to begin with strong winds on Christmas Eve and Christmas Day. By Christmas Eve, the strong storms will have reached the Eastern Seaboard The winds are first forecast in the Pacific Northwest where up to 8 inches of rain could fall in Oregon and Washington with the risk of triggering mudslides, landslides, avalanches and flooding.

The weather system will then move into the Central U.S. by Wednesday where it will become more organized with a powerful cold front bringing heavy rain and strong thunderstorms.

Snow will then form on the cold side of the storm with snow falling in the upper Midwest.

By Christmas Eve, the system will approach the Eastern U.S. with heavy rain forecast and powerful wind gusts, especially along parts of the Northeast Coast. As the storm system shifts east through the end of the week, just in time for Christmas Eve and Christmas Day, it will intensify, with a mix of snow and rain Although it is too early to tell how strong the winds will be, power outages may occur.

This, coupled with the melting snow from last week’s storm is likely to cause flooding.

Those at higher elevations including northeast Pennsylvania, New York and Vermont, where more than 2 feet of snow fell, are at risk.

Heavy rain and strong thunderstorms are also forecast to hit the southeast on Christmas Eve.

Temperature-wise, the Midwest could see wind chills around -10s and -20s.

On the East Coast there could be some dramatic temperature swings with parts of New Jersey at around 60F on Christmas Eve falling to single digits by Christmas Day night. 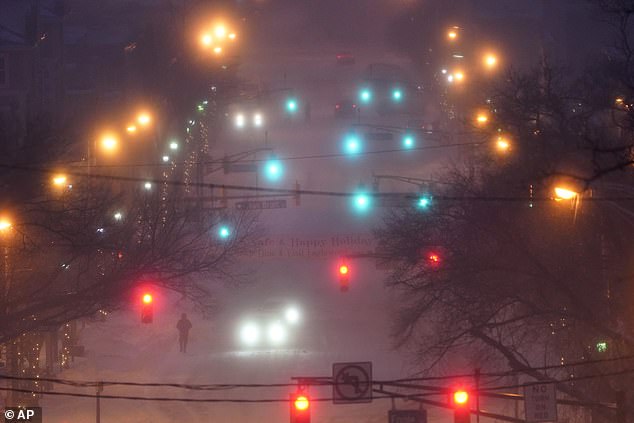 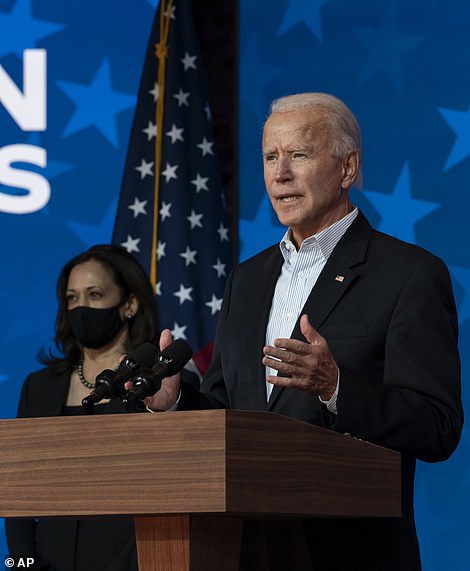 Biden’s lead grows in Pennsylvania to more than 17,000 votes as he closes in on the White House –