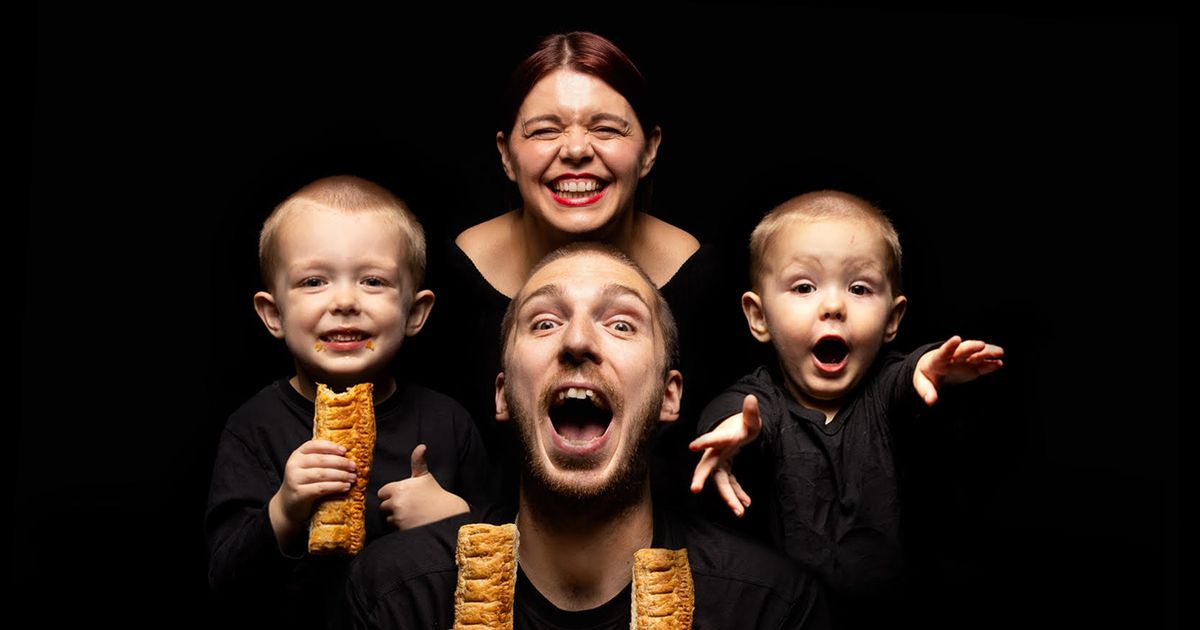 YouTube star LadBaby has topped the charts with his charity single Don’t Stop Me Eating bagging the Christmas number one spot for the third year running.

The internet star and father-of-two – real name Mark Hoyle, 32 – beat the likes of Mariah Carey and Gemma Collins to the coveted chart place.

The GC and pal Darren Day ’s festive cover of Baby, It’s Cold Outside went head to head with LadBaby and Mariah’s festive classic All I Want For Christmas Is You.

But vlogger LadBaby has beaten them to the top, equaling the Spice Girls’ record of three consecutive festive chart toppers with another pastry-based offering.

Don’t Stop Me Eating – to the tune of Journey’s Don’t Stop Believing – is raising funds for The Trussell Trust which supports food banks.

The Official Big Top 40 announced the internet sensation as the winner on Sunday.

Ladbaby bagged his first Christmas Number 1 in 2018 with ‘We Built This City… On Sausage Rolls’, followed by ‘I Love Sausage Rolls’ last year which also hit the top spot.

Mariah Carey’s ‘All I Want For Christmas Is You’ had to settle for Number 2 after the Christmas classic spent the last two weeks at Number 1.

He also went up against the likes of Robbie Williams and Taylor Swift in the race to the top.

Five years after Justin Bieber helped the Lewisham and Greenwich NHS Choir get to Christmas No 1, the singer teamed up with the choir to release a cover of his hit Holy.

The previous race was neck and neck until Justin urged fans to “do the right thing” and buy the NHS single A Bridge Over You instead of his hit, Love Yourself.

Robbie Williams ‘ Can’t Stop Christmas, which he released as part of a reissue of last year’s Christmas album, was also a contender.

Gemma Collins and Darren Day’s festive cover of Baby, It’s Cold Outside was given 25/1 odds as a contender.

Promoting her debut single, Gemma said: “Mariah needs to drop back so I can take my crowning glory at No1.If anyone’s going to out-diva Mariah, it’s me.”

Gemma – who shouts “I’m claustrophobic, Boris!” at the end of her track for “a bit of fun” – has funded the song herself to ensure that all its profits go to the charity Rethink Mental Illness.