By Henry Martin For Mailonline

The prime suspect in the Madeleine McCann case will be questioned by police, German prosecutors have said.

Convicted paedophile Christian Brueckner, 43, was identified by German police as a murder suspect, 13 years after Madeleine went missing while on holiday with her family in Portugal in 2007.

Christian Wolters, head of the inquiry into Brueckner, 43, told The Sun that when  exactly he is questioned depends on further investigation, ‘but he will be questioned’.

The confirmation comes after reports that Brueckner might never be questioned as the prosecutor leading the investigation said police do not have enough evidence to secure an arrest warrant.

Maddie McCann disappeared after she left in her family’s hotel room at a resort in Praia da Luz, Portugal, in 2007 Hans Christian Wolters had told the podcast They’ve Taken Her: ‘At the moment our evidence is not so strong we are sure he will be sentenced by the court.

‘Maybe we need one witness who can tell us the things we don’t know.’

Earlier this year Mr Wolters revealed they would not need to find Madeleine’s body in order to prosecute Brueckner of her murder.

When asked if he had any forensic evidence placing Brueckner inside the flat where Madeline was sleeping, Mr Wolters replied: ‘I have an answer but we have decided not to divulge this information.

‘I can’t say ”yes” or ”no” as that would bring a thousand other questions and I cannot go into details. Prosecutor Hans Christian Wolters told a podcast: ‘We need one witness who can tell us the things we don’t know’

‘But you have to believe me when I say we have more evidence.

‘Here in Germany our Public Ministry only divulges things when they are solid.’

Brueckner is serving time in prison in Germany after being convicted of drugs offences.

He has previously been convicted of possessing child abuse and of rape.

Brueckner, who lived in the resort of Praia da Luz at the same time as Madelein’s disappearance, has previously said he is innocent of any crime relating to the four-year-old. Unemployment claims follow the same path as COVID, on the rise | The State 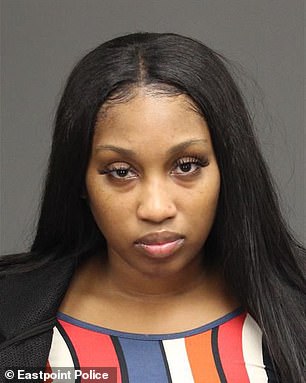 Man allegedly kidnapped his ex-girlfriend’s 3-year-old son as revenge; suspect took the boy from the park in Manhattan