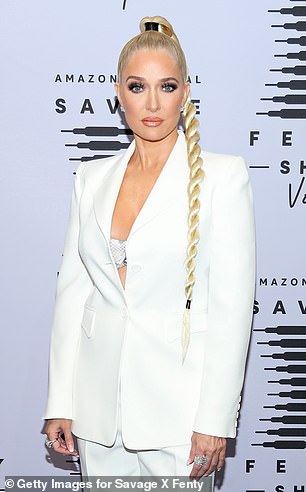 A crusading California lawyer, famed for his involvement in the Erin Brockovitch case, has been accused by his estranged reality tv-star wife of having an affair with a federal judge.

Tom Girardi, 81, is in the midst of a bruising divorce with pop singer Erika Jayne, 49, who he married in 2000, having met when she was a waitress at his club.

On Friday, Jayne posted on Instagram accusations that Giraldi had been having a months-long affair with Justice Tricia A. Bigelow, a former deputy attorney general for California who has presided over the Second District Court of Appeal, Division Eight since February 2010.

Jayne also shared a number of text messages which she claims were sent between her husband and Bigalow, which mention ‘make up sex’ and were sometimes signed ‘xoxo’.

Jayne, a star of Real Housewives of Beverly Hills, filed for divorce from Girardi on November 3, on the belief he had ‘multiple affairs.’ 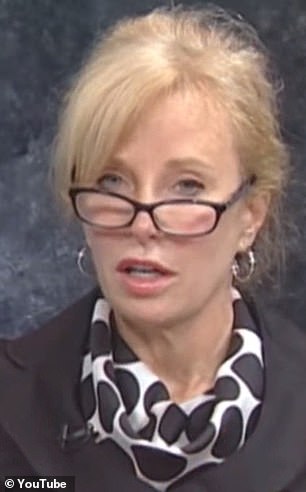 Erika Jayne, 49, (left) claims her husband was having a months-long affair with Justice Tricia A. Bigelow, a former deputy attorney general for California (right) Jayne, 49, filed for the divorce against Tom Girardi, 81, (pictured with her) last month after 21 years of marriage (pictured together during an episode of the Real Housewives of Beverly Hills) Jayne wrote on the Instagram post: ‘This is Justice Tricia A. Bigelow. She was f***ing my husband Tom Girardi and he was paying her Saks bill and paying for her plastic surgery.’

Jayne, in the since-deleted post, shared screenshots of text messages she said were between the pair.

‘Miss you babe. Makeup sex?’ read one of Bigelow’s alleged text messages, sent in July, while another marveled out how ‘fantastic’ her night was with the accomplished attorney.

Some of the sexually-charged messages featured photos, including one of a blue jean backside.

Another, apparently from Bigelow, read: ‘[Department store] is having their special where you get a gift card based on what you spend. Is it okay if I spend? ‘Pretty please? Signed [BLANK].’ 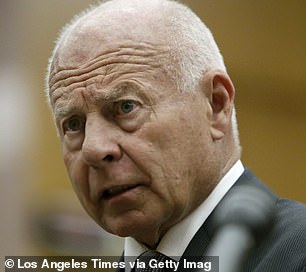 Girardi began practising law in 1965, winning a name for himself in medical malpractice, securing what he touted as the first verdict in California in excess of $1 million

Referencing Girardi’s profession, one of the texts wished the attorney a ‘good night sweets’ and reminded him to ‘control that temper tomorrow on the stand’ and that he is ‘in the right’

One of the final screenshots featured a full-bodied photo of a woman, who could have been Bigelow, posing on a bed with her face in her hand and her legs in the air.

In a message from September, Bigelow tells Girardi about her ‘new boyfriend’, adding: ‘he’s got big dough’.

Bigelow was engaged to marry an assistant chief of the Los Angeles fire department in 2010: it was unclear whether she is still married.

Neither Bigelow nor Girardi have responded to requests for comment from DailyMail.com, and Girardi’s company website appeared to have been taken down.

The chapter marks the latest embarrassment to befall the legal titan, who for decades was a leading figure in Californian politics and entertainment.

A significant Democratic donor, he counts the governor of California, Gavin Newsom, and his predecessor, Jerry Brown, among his friends and last year hosted a fundraiser for Joe Biden.

Girardi began practising law in 1965, winning a name for himself in medical malpractice, securing what he touted as the first verdict in California in excess of $1 million. 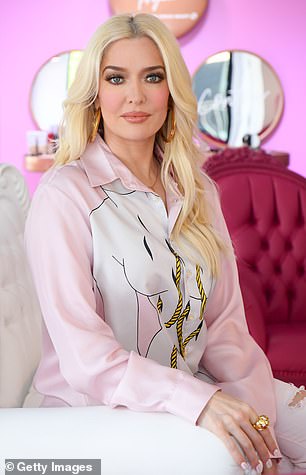 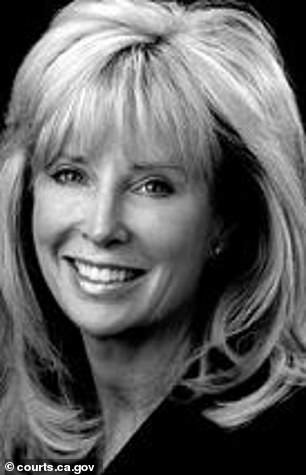 No holding back: ‘This is Justice Tricia A. Bigelow,’ revealed the reality star, 49 via Instagram. ‘She was f***ing my husband Tom Girardi and he was paying her Saks bill and paying for her plastic surgery’; Erika pictured in 2019 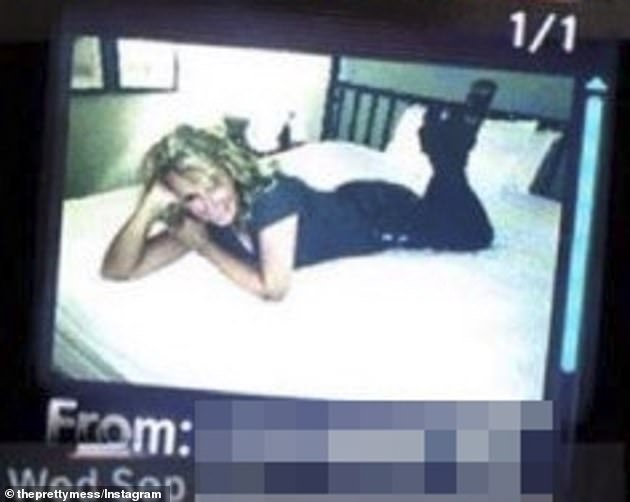 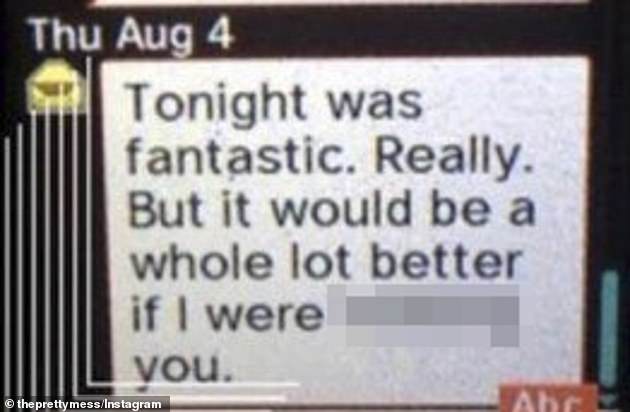 He then moved into environmental crimes: one case, brought on behalf of residents of the Mojave Desert town of Hinkley, resulted in a $333-million settlement with Pacific Gas & Electric in a story that became the 2000 Oscar-winning Julia Roberts film.

‘All of a sudden, I was part of a very public win that a lot of people understood,’ Girardi recalled earlier this year in an interview with a professional association honoring him.

‘The case did me an awful lot of good, to put me into a category that, ‘Hey, you know this guy can handle these big cases.’ ‘

The money was soon flooding into his firm, Girardi Keese: by 2001, his monthly income was nearly $263,000, according to a divorce filing, and Girardi retained 100 per cent of the corporation.

Girardi paid for luxury cars for his lawyers, and brought in a tailor to make them custom suits and shirts, according to people familiar with the firm, who spoke to the Los Angeles Times.

Girardi Keese had a box at Staples Center, and attorneys had an ample budget for wining and dining potential clients and co-counsel.

He was famed for his powerful connections, wining and dining acquaintances at country clubs across L.A. and at Morton’s, Pacific Dining Car and Madeo.

For his parties, no expense was spared, with performances by Jay Leno, Burt Bacharach, LeeAnn Rimes and Penn & Teller In the late 1990s, having divorced his first wife, he met Jayne – at the time she was a striking, blond 28-year-old with a young son and high ambitions. Girardi was 60 (pictured together in 2017) The pair were married in 1999. The couple seen here with Jayne’s son Tommy Zizzo

In the late 1990s, having divorced his first wife, he met Jayne – at the time she was a striking, blond 28-year-old with a young son and high ambitions. Girardi was 60.

‘He’s well read and educated. That kind of stuff is a powerful aphrodisiac,’ she wrote in her 2018 memoir Pretty Mess.

‘When someone is positive, successful, loving, inspirational — I got to tell you right now… That is more enticing to me than six-pack abs and a chiseled jawline.’

Jayne started recording music, bankrolled by Girardi, with the help of Michael Jackson’s choreographer; a songwriter who had worked with Madonna, Stevie Nicks and Britney Spears; and a costume designer for Lady Gaga and RuPaul.

An insider claimed to People that Jayne filed for divorce ‘because [Tom] was cheating on her with multiple women’ and that the she has ‘known about his infidelity for years.’

‘When she was performing her last week on Broadway, he left her high and dry and was frolicking around town instead of supporting her and attending her shows,’ the source told People.

‘She realized she would never be a priority to him and that was her breaking point.’

Girardi is also facing a major lawsuit that accuses him of embezzling funds from his clients in order to keep up a lavish lifestyle for himself and the Real Housewives of Beverly Hills star. Bombshell: The 44-year-old singer-dancer had been married to Girardi for 17 years

The lawsuit accuses Tom of misappropriating $2million from the families of victims who died in the 2018 Lion Air plane crash that plunged into the Java Sea killing all 189 people on board.

On Monday US District Judge Thomas M. Durkin overseeing the plane crash victims’ case in Illinois froze Girardi’s assets and called his mishandling of money meant to go to the Indonesian children left orphaned by a plane crash ‘unconscionable’.

Lawyers for Girardi on Monday said they had concerns about his mental competency and asked he undergo a mental health examination. But lawyers for the plane crash victims’ families called those claims ‘a sham’.

As for the Girardi’s money troubles, they seem worse than ever with Tom admitting to a judge that he was virtually penniless after losing up to $80 million.

He is currently facing demands from creditors, high-interest lenders, lawyers, his first wife, and a security company that once guarded his Pasadena mansion for money – in addition to being accused of embezzlement.

‘At one point I had about 80million or 50million in cash. That’s all gone,’ Girardi said this fall in testimony in unspecified case, according to a Los Angeles Times report.

Dorismar poses in the bathroom on her back, wearing an animal print bodysuit and showing off her rear | The NY Journal 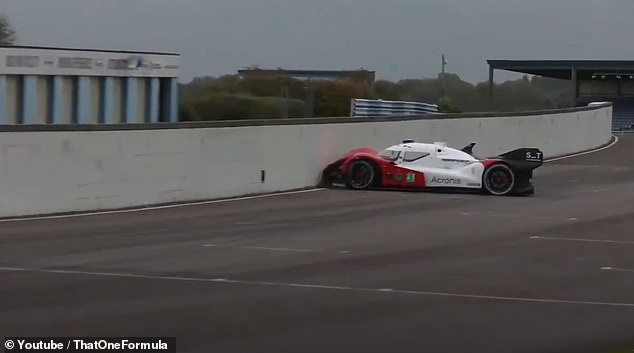