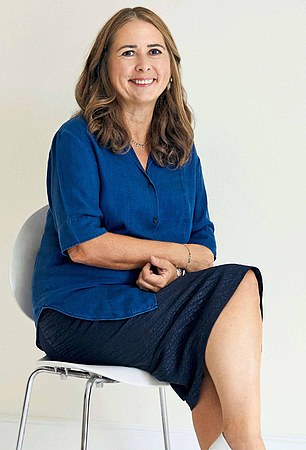 One of the unintended consequences of Covid (hang on, you might ask, were there any intended ones?) is that we are all obsessed about this Christmas.

Especially the hope of being with family – and particularly grandparents – after this year’s endless anxiety and restrictions.

Truth be told, this is not always the way we feel about family gatherings. In normal times, there are quite a few people who will happily avoid spending too much time hunkered down with their kin, stewing in a fog of over-eating and excessive wrapping paper.

Volunteering for Christmas overtime is not always an entirely altruistic action, and in the days when offices were open it was interesting how many people managed to find reasons to nip back to work as soon as Boxing Day was done.

But not in this year of coronavirus. This year we have been maxing on everything Christmas.

Trees have been installed weeks early. Mistletoe, whether despite or because of kissing limits, went out of stock.

Ocado delivery slots are filled until January. John Lewis hasn’t had any acceptable fairy lights for weeks (does anyone really use those neon blue ropes which were the only ones still left?).

You’d think that since we were all originally being encouraged to have smaller celebratory groups, supplies of large turkeys would have been languishing like wallflowers at the dance, but not at all. They’ve also been unavailable for weeks.

The uncertainty and precariousness of whether we would have been be allowed to gather for Christmas encouraged everyone to double up on the whole shebang, which for those of us now launched into tier 4 is beginning to look as if we were operating in a parallel universe.

Which in some ways, we have been. Much of this excessive Christmas preparation was displacement activity.

If we got all the trimmings in place, hung up enough glittering baubles, decked the halls, and ensured that there was no way we could possibly run out of brandy butter, then Christmas would be normal.

As someone with quite a complicated family structure due to separations, divorce and people with new partners, this year we had split into unusual configurations.

Now, as Londoners, these have just changed again. For the first time in 25 years, my son had planned to be at his father’s home, with both avoiding the larger group I had hoped to meet with. Now he is stuck back home with me.

Meanwhile, my partner won’t be able to spend time with his children as planned.

Of course, Covid may be able to wreak havoc on the world but it won’t alter the usual family dynamics of those still able to meet.

Everyone knows that family can wind you up like nothing else, even if you love each other.

Within minutes of meeting, adult siblings revert to childhood patterns of competitive behaviour, while teenagers will still have to be torn from smartphones and forced to put on shoes for lunch.

Nonetheless, confronted with the general chaos and insecurity of this year, none of this matters or is even remembered.

The restorative vision of a Dickensian feast with the family gathered around as the pudding is lit and the crackers pulled is the emotional security blanket we all crave.

Some of us may not be able to enjoy it this year but I am going to try to the heed the advice I was offered last night about a mini-sized Christmas: ‘Just think of it as cute and cosy.’

Are Camilla’s jeans a secret message? No

Was Camilla’s choice of jeans to wear in her and Prince Charles’s Christmas card a ploy not to appear too showy amid a pandemic?

Probably not, but it’s fun to practise cod psychology on those Christmas-card portraits.

Sadly, there seem to be more reindeer and snowstorms around and fewer family groups to pick apart than usual. No doubt yet another side effect of the virus. Was Camilla’s choice of jeans to wear in her and Prince Charles’s Christmas card (pictured) a ploy not to appear too showy amid a pandemic?

How to infuriate the Welsh neighbours

Herefordshire is the only county in England that had its tier status downgraded from 2 to 1 last week.

It couldn’t happen to a nicer place, speaking as someone who spent my childhood scrambling around the Black Mountains and paddling in the River Wye.

How completely infuriating this newly liberated condition must be to their Welsh neighbours, who are only a footstep apart but, due to Mark Drakeford’s ever more draconian measures, are now a world away when it comes to freedoms.

My pal’s got Covid – but only a little bit!

A friend of mine travelled to Italy last week where they were tested on arrival. They received a ‘faint positive’ diagnosis – thankfully not a category that has yet reached us here.

It’s bad enough dealing with simple positives and negatives without getting into that kind of minutiae. And what kind of comfort would there be in a ‘faint negative’?

My radio listening habits have tracked the course of the pandemic. At the start, I was plugged into 24/7 news and chatter, eager to hear every snippet of information and debate.

I graduated to the more soothing Classic FM and Radio 3 by the second lockdown, when it was all too familiar and depressing.

Now, as we lurch into tier 3, I’m tuned into Chris Country, a station that seems to be spot-on for my mood.

The schmaltzy drama of country music, with its you-done-me-wrong guys and you-broke-my-heart girls, barstool nights and steamy days, is a great antidote to what’s going on in real life. And not a mention of you know what…

Bet I’ve put on more weight than you…

Coronavirus has turned the world topsy-turvy in so many ways. Friends used to boast about how much weight they’d lost.

Now, after months of lockdowns, we’re all competitively sharing how much weight we’ve put on – my load is harder to bear than yours. Sister of Texas mom-of-two, 23, who was beaten to death in fake ransom plot tells of toll on family