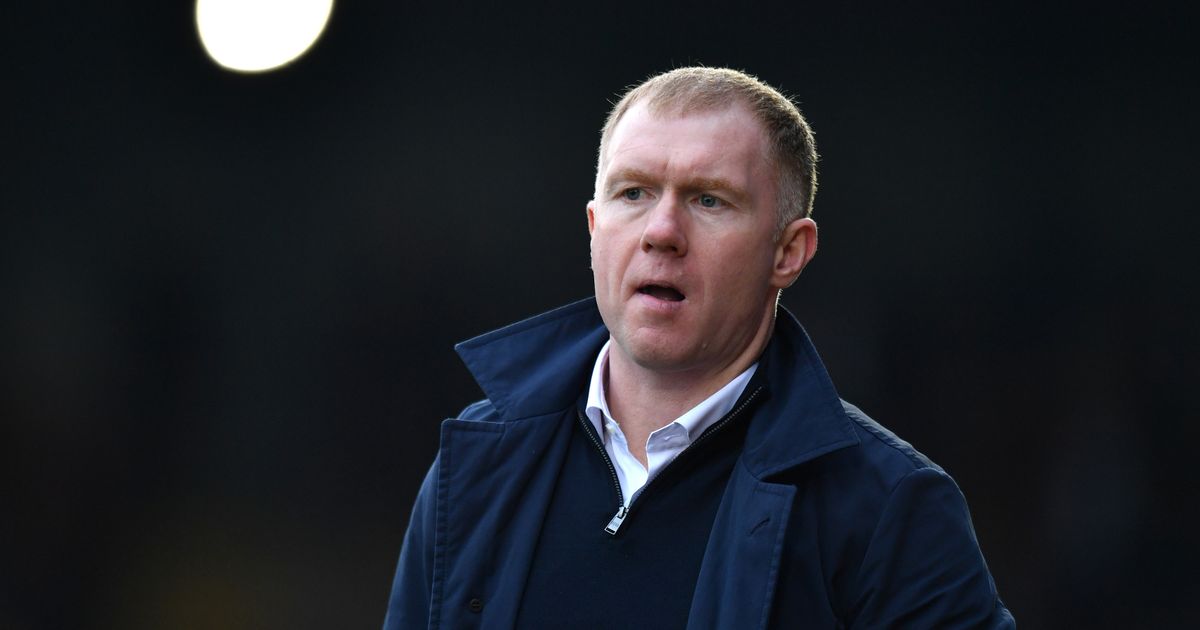 United came from a goal behind to go 3-1 ahead against the Blades, before surviving a late scare to secure all three points.

A brace from Marcus Rashford either side of Anthony Martial’s strike cancelled out two David McGoldrick goals at each end of the match, and leaves United just two points off second place Tottenham in the table.

Discussing United’s performance after the match, Scholes was enthusiastic about United’s chances going forward, and detailed just one change he would make to their regular line-up.

“I think he [Solskjaer]’s changed formation a lot of times, changed personnel a lot,” Scholes told Amazon Prime Video. “Before the game we spoke about the five games they had last season where they didn’t change the team.

“It was virtually this team tonight apart from the left-back and the goalkeeper. It was a 4-2-3-1. It really suited them. I was excited for this season.

“It’s not quite worked out the start of this season as I expected, but now, I think he’s found the right way of playing, with them two in midfield.

“I think that’s the only position I’d think about changing every now and again is the [Nemanja] Matic one.

“He’s got Fred and [Scott] McTominay, he can do that.”

United got off to the worst possible start when Dean Henderson’s error gifted McGoldrick his opener after being charged down by Oliver Burke.

Rashford soon pulled them back level though, controlling a long pass from Victor Lindelof before smashing a half-volley past Aaron Ramsdale.

The Red Devils’ second goal was similar, as Pogba’s ball in behind this time found Martial, who poked home the rebound after Ramsdale saved his initial effort.

Pogba really found his groove in the second half, and showed sublime skill to set United away for their third, which Rashford duly dispatched.

That proved to be the winner, despite McGoldrick scoring another late on, and Scholes feels it was a display which United should now look to build on.

“I thought Pogba was excellent tonight in that position and I think its a formation that really suits the team, with [Bruno] Fernandes in that No.10 role feeding Martial, Rashford, [Mason] Greenwood,” he added.

What is United’s best formation and line-up? Have your say below.

“How exciting is that? Three of the quickest, best finishers around Europe when they get chances.

“I think the biggest problem is getting possession of the ball with them two, getting control of the game with Pogba and Matic.

“Them two need to have control of the game if Fernandes is going to be involved in the game.

“Once them two get control, United are often flying and it helps the centre-backs too.”