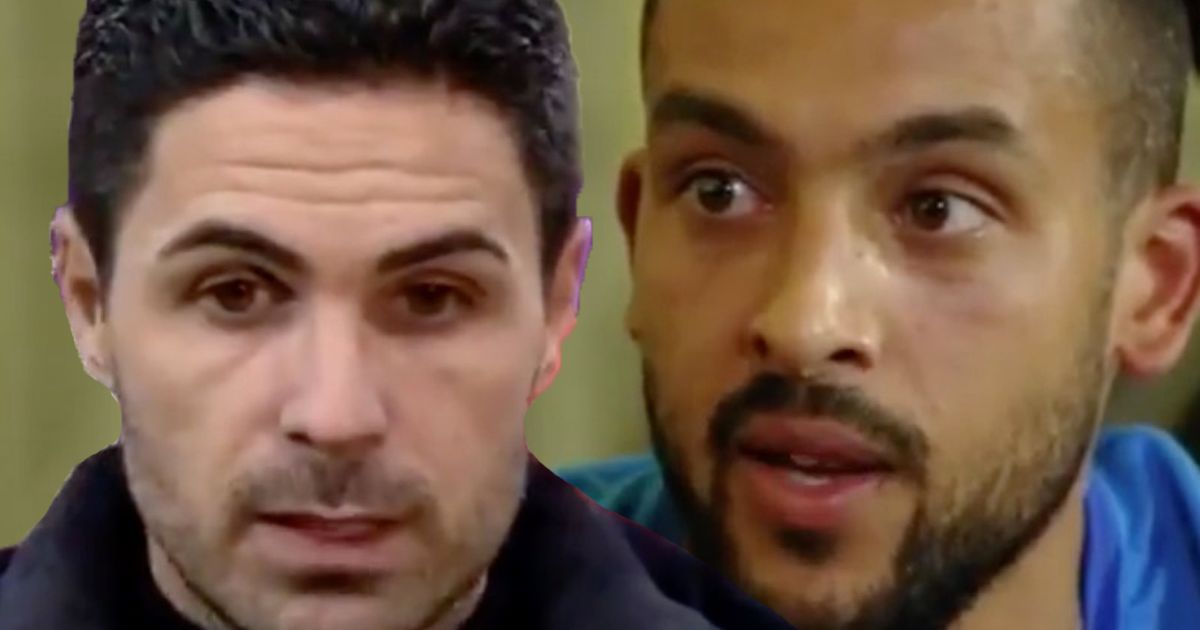 “I felt a lot of fear in Arsenal tonight to be honest,” said Walcott. “They’re going through a very difficult time – credit to them they got the result tonight.

“But it shows how far we’ve come that we’re very disappointed to come away without the three points. We were going into this game with so much confidence, arrogance at times.

“The Emirates has changed but I feel like they’ve got the right man here for the job.”

Arteta was quick to play down the comment, telling reporters: “He never mentioned that to me! If he said that, it is his feeling.

“The boys came out in the second half, we scored a really good goal, we were on top in the game, and again we shoot ourselves in the foot.

“I was very disappointed with the red card because in that moment I was thinking to change the centre back straight away – we didn’t even have time to do that.

“In the end we got a point that considering the circumstances we have to accept.”

On the face of things Walcott’s comment doesn’t mean much. As far as Arteta is concerned, the Saints forward’s remark is simply that; a remark.

But the comments are remarkably similar to ones that rocked the Gunners not too long ago, eventually leading to the end of Arsene Wenger’s tenure as boss.

The comments, spoken by Watford striker Troy Deeney, suggested there was a problem with the mentality of the Arsenal players.

“I’ve heard Wenger’s already blaming that [the penalty] as the reason they lost,” Deeney said on BT Sport back in 2017.

“Well, I’m not one to tell Mr Wenger about himself, but the reason they lost wasn’t due to one penalty. Having a bit of cojones, I think the word is.

“Whenever I play against Arsenal – and this is just a personal thing – I go up and think ‘Let me whack the first one, then we will see who wants it’.

“I came on today and jumped up with [Per] Mertesacker – I didn’t even have to jump up actually – nodded it down and the crowd gets up. They all just backed off.

“For me, as a player, I just think ‘Happy days. That’s my strength, so if you’re going to let me do that against you, you’re in for a tough afternoon.”

Arsenal have come a long way since Wenger stepped down, but the Gunners are going through a very difficult spell at the moment.

The north London club have won just four of 13 matches in the top flight this season, and Arteta needs to take Walcott’s warning on board or he’ll go the same way as his former boss.

Is Mikel Arteta in danger of being sacked? Have your say here.