By Christine Rendon For Dailymail.com

Taylor Swift rescheduled the release date of her surprise new album Evermore after learning it would be directly competing with Paul McCartney and his upcoming solo album, McCartney III.

McCartney, 78, revealed on The Howard Stern Show that Swift, 31, contacted him after discovering she had inadvertently selected the same release date as him.

‘I did the Rolling Stone cover with Taylor Swift and she just emailed me recently. And she said, “I wasn’t telling anyone, but I’ve got another album.” And she said, “So I was going to put it out on my birthday,” which I think was the 10th,’ he told Stern. ‘It’s a nice thing to do’: Taylor Swift rescheduled the release date of her surprise new album Evermore after learning it would be directly competing with Paul McCartney and his upcoming album, McCartney III

Funny enough, McCartney was actually planning on releasing his new album on December 18 – the day Swift ended up rescheduling Evermore for.

‘And then she said, “But I found out you were going to put it out on the 10th. So I moved it to the 18th” and then she found out we were coming out on the 18th so she moved back to the 10th,’ McCartney said. ‘So I mean, you know, people do keep out of each other’s way. It’s a nice thing to do.’ Cover stars: The music icons appeared on the December 2020 cover of Rolling Stone 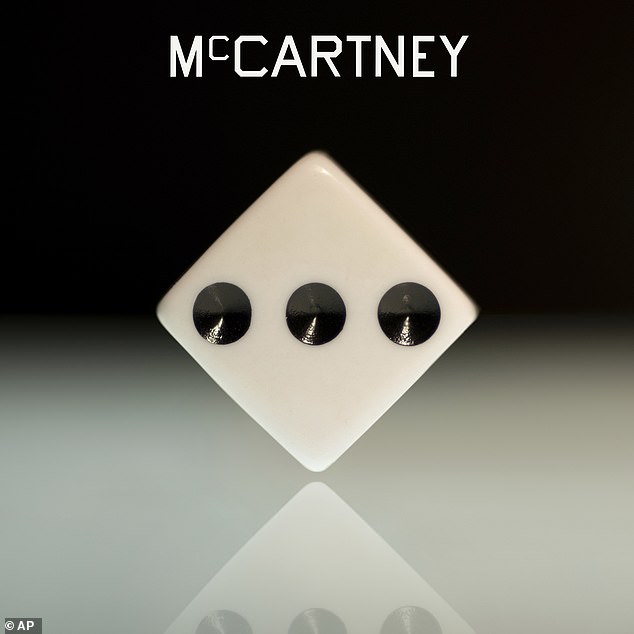 It’s a hit! Swift surprised fans once again this month with the release of her second lockdown album, Evermore

Swift made waves earlier this week with the release of Evermore, her second album in just five months.

The music icon surprised fans everywhere when she announced last week she had a new album on the way, just hours before officially releasing it on midnight.

Swift described the album as a ‘sister record’ to Folklore, the album she also surprise released in July that was produced entirely under lockdown. ‘People do keep out of each other’s way’: Even though no changes needed to be made, McCartney was touched by Taylor’s gesture

Critics heaped praise on Evermore once it was released, with Variety’s Chris Willman calling it her ‘second great album of 2020.’

‘It’s an embarrassment of rich, striking albums-ending-in-‘ore’ that she’s mined out of lockdown. This particular quarantine bubble? It’s one we may not want to pop,’ he wrote.

‘As motivations for prolific activity go, relieving and sublimating quarantine pressure is probably even better than revenge. Anyway, this is not a gift horse to be looked in the mouth. Evermore, like its mid-pandemic predecessor, feels like something that’s been labored over – in the best possible way – for years, not something that was written and recorded beginning in August, with the bow said to be put on it only about a week ago.

‘Albums don’t get graded on a curve for how hastily they came together, or shouldn’t be, but this one doesn’t need the handicap. It’d be a jewel even if it’d been in progress forevermore and a day.’ Music sensation: Critics have heaped praise on Swift and her new album Evermore Kenya Moore Is All Smiles While Confidently Posing For Photos After 25 Lb. Quarantine Weight Gain