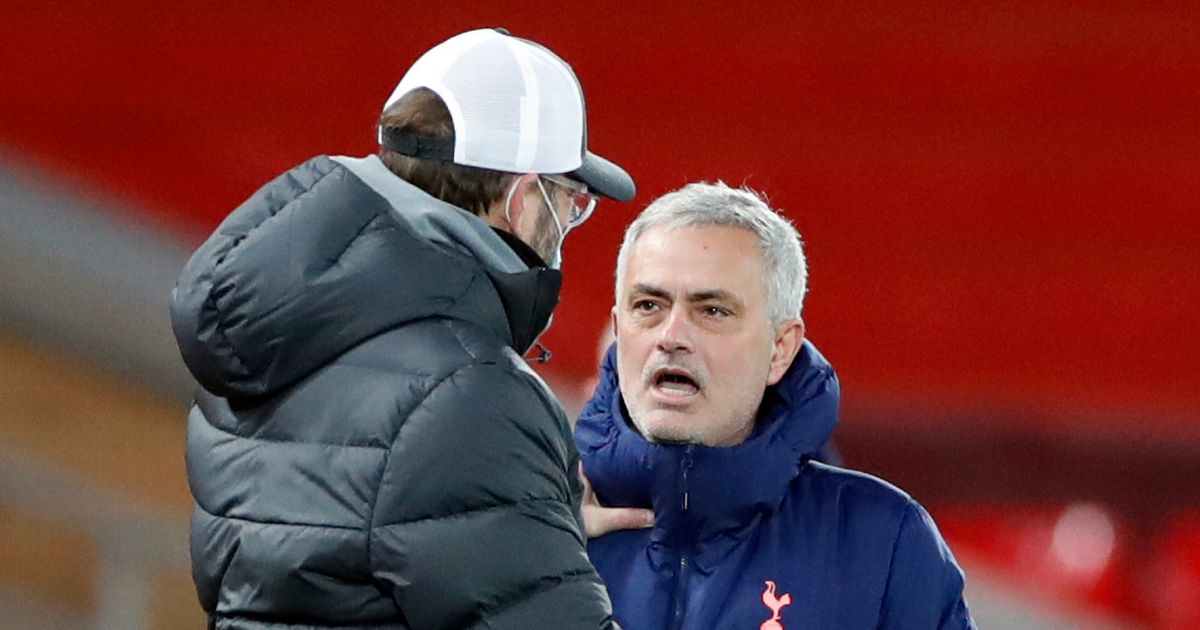 Jose Mourinho has aimed another dig in the direction of Jurgen Klopp and his backroom staff by claiming he was forced into a substitute due to their behaviour on the touchline.

The two managers exchanged heated words following Liverpool’s dramatic late 2-1 win over Tottenham, and Mourinho criticised Klopp’s actions during the match, saying: “If I behave the same way he does on the touchline, I do not stay there.”

Early in the second half of the encounter Spurs midfielder Giovani Lo Celso was booked for a late challenge on Andy Robertson, and he was replaced by Lucas Moura just ten minutes later.

And in quotes relayed by the Evening Standard, Mourinho said he felt he had no choice but to make the change due to the amount of pressure Klopp and his staff were putting on the referee.

“With this yellow card and the behaviour of these guys they have on the touchline, putting incredible pressure on referees I feared for a possible second yellow card,” he said.

“And Gio was playing exactly in front of their bench in an area that very dangerous. So I was afraid of the yellow card and I had to take him off.”

There appears to be no love lost between the two coaches, and Klopp said he couldn’t believe it when Mourinho told him his opinion that the best team had lost.

“He wasn’t happy because he told me the better team lost – and I thought he was joking! But he wasn’t. So that’s it,” he told the BBC.

The result moves Liverpool three points clear of Tottenham at the top of the table, and the Reds’ next game is a trip to Crystal Palace on Saturday, while Spurs host Leicester on Sunday.