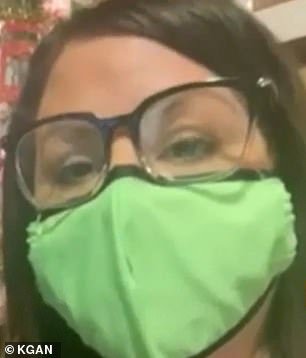 Two identical twins from Iowa who are frontline medical workers both contracted COVID-19 – though only one of them survived.

Cynthia Recanati, 47, said she is suffering from ‘survivor’s guilt’ after her identical twin sister, Michelle Recanati, died of COVID-19.

Cynthia was lucky to have contracted a mild case of COVID-19 in which she felt ‘cold symptoms’, a headache, and ‘very fatigued and tired’ eyes.

The twin sisters lived together and worked together at MercyOne Oelwein Medical Center in Oelwein. 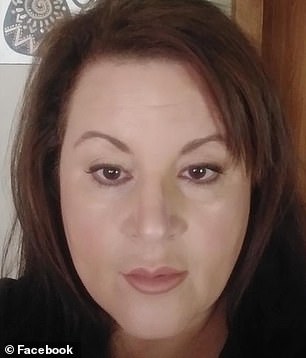 Cynthia (left) and Michelle (right), a mother of three, lived together and both worked as front line medical staffers at the MercyOne Oelwein Medical Center in Oelwein, Iowa 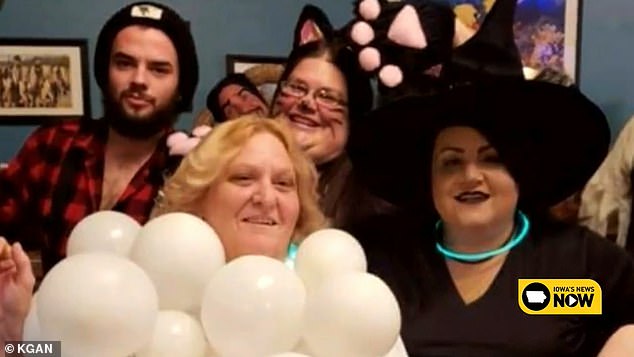 According to Cynthia, the two sisters followed social distancing guidelines during the first few months of the pandemic until October, when they went to birthday and Halloween parties. Michelle is seen on the far right in a witch’s hat during a Halloween party with friends ‘Her and I were doing a lot of things in the month of October,’ Cynthia said. KGAN-TV flashed images of the two of them at a party with no masks. Cynthia also said that the sisters celebrated Halloween with others

Cynthia told KGAN-TV that they both took extra precautions in the initial months during the pandemic, but once October rolled around they began to let their guard down by going to gatherings and parties with no masks or physical distancing.

‘Her and I were doing a lot of things in the month of October,’ Cynthia said.

KGAN-TV flashed images of the two of them at a party with no masks. Cynthia also said that the sisters celebrated Halloween with others.

Cynthia said that she now regrets not maintaining the same vigilance. She told DailyMail.com that she tested positive for COVID-19 on November 11.

Her older brother, Phil Recanati, 50, started exhibiting symptoms after she tested positive but he never got tested because he is uninsured, Cynthia said.

After Cynthia and Phil came down with the coronavirus, Michelle also fell ill. She tested positive for COVID-19 on either November 24 or 25, according to Cynthia.

Cynthia said that Michelle’s condition deteriorated to the point where Cynthia would come home after her shift and help her recover.

‘She was actually texting me, so I didn’t realize how bad she was doing till I got home, and she kept on saying how hard it was to breathe,’ Cynthia said.

When Michelle kept experiencing difficulty breathing, Cynthia rushed her to the emergency room in Oelwein.

Cynthia said that Michelle told her she regretted not maintaining physical distancing in October. Cynthia’s brother, Phil Recanati (pictured), 50, started showing symptoms after she tested positive on November 11. Phil never did get tested for COVID-19 because he did not have health insurance, according to Cynthia Cynthia now says she has ‘survivor’s guilt’ because she managed to overcome her bout with a mild case of COVID-19 while her sister, Michelle (right), suffered lung failure, blood clots, and a stroke 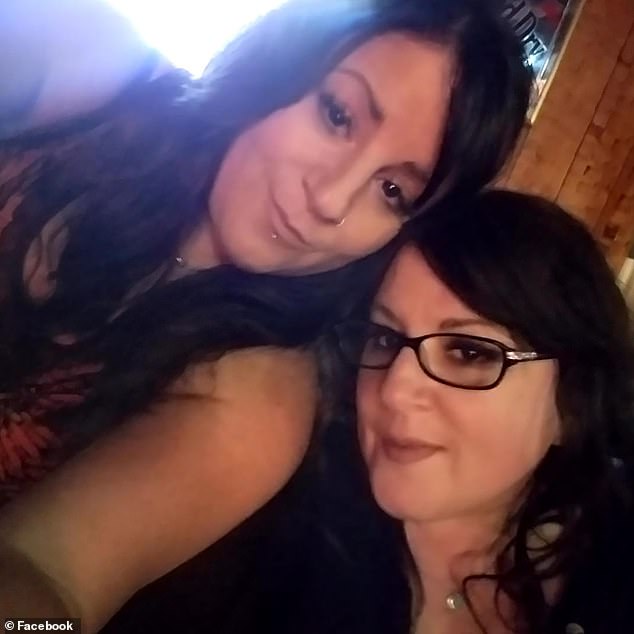 ‘She said that when she was sick that if she’d go back and do it over again, she wouldn’t have gone to like birthday parties and the Halloween celebrations and things that we had done,’ Cynthia said.

Michelle’s condition rapidly deteriorated to the point where she needed to be flown to University of Iowa Hospitals and Clinics in Iowa City.

Doctors there connected Michelle to an ECMO machine which temporarily takes over the functions of the heart and lungs in the hope that those organs eventually recover.

But doctors said that Michelle not only suffered damage to her lungs but also her brain, according to her sister.

‘They believe that she had a stroke, while at MercyOne in Waterloo, and a blood clot broke off from her heart, and went up through her carotid artery and stopped the flow of blood and oxygen to the entire left side of her brain,’ Cynthia said.

Tests later confirmed that Michelle did indeed suffer brain damage, a complication of COVID-19, according to Cynthia.

She left behind three children.

One of them, her son Tre Cyr, broke down in tears as he recalled making the agonizingly painful decision to remove his mother from life support on December 7. 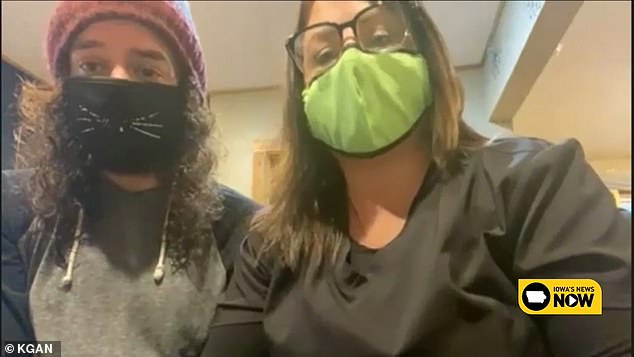 Tre Cyr (left), Michelle’s son, made the decision to remove his mother from life support on December 7, Cynthia says

‘Her son made the very difficult decision that she would have wanted, which was to be taken off of life support and she passed within 10 minutes,’ Cynthia said.

Tre, fighting back tears, said: ‘Everybody just loved her. She was the best.’

Cynthia said she not only regrets going to parties but also has second thoughts about not insisting to Michelle that she seek treatment at the emergency room sooner.

‘We all have survivor’s guilt,’ the bereaved sister said.

‘And I wonder what I could have done differently, you know, if I insisted that she go to the ER at an earlier time.’

Cynthia said she is now urging the public to take COVID-19 seriously.

‘And that’s the main word that we want to get out there is for people to, you know, to continue to practice social distancing to wear your mask.’

Biden has 17-point lead over Trump in Wisconsin, seven in Michigan