An Alaskan nurse has suffered an allergic reaction to Pfizer’s coronavirus vaccine.

The health worker has anaphylaxis, as the two medical employees from the United Kingdom, local authorities explained this Wednesday at a press conference.

All of them suffered an anaphylactic reaction, the symptoms of which can include skin rash, nausea, vomiting and shortness of breath and which, if not treated immediately, usually with epinephrine, can lead to loss of consciousness and even death.

At the press conference, Dr. Lindy Jones, who treated the affected woman, explained that the allergic reaction began about 10 minutes after the injection was given on Tuesday.

The patient began to develop a red rash and was taken to the emergency room at Bartlett Regional Hospital, from the city of June, where the company had come to be immunized within the vaccination campaign against covid-19 promoted by the US Government.

Once in the emergency room, the woman had difficulty breathing, the rash spread over her face and torso, and her heart rate accelerated, so the doctors decided to treat her with epinephrine and other medications.

Finally, they determined that it was an anaphylactic reaction and left her admitted for observation in the intensive care unit, although she is almost recovered.

Happy with the vaccine despite the scare

“During all that time, she was still excited about having the vaccine and the benefits it would bring her in the future,” Jones said with a smile during the press conference.

In the UK, the two toilets who suffered an adverse reaction to the vaccine had a history of severe allergies; but, in this case, hehe affected woman had not suffered such reactions in the pastJones detailed.

As a result of what happened in the United Kingdom, the British agency that regulates drugs issued a warning to ask that people who in the past have experienced severe allergic reactions to drugs, some foods or another vaccine not be vaccinated.

However, in the US, Centers for Disease Control and Prevention (CDC) they do allow people with serious allergies to be vaccinated, but ask them to stay under medical supervision for 30 minutes after receiving the injection in order to react to any adverse effects.

Last Friday the Food and Drug Administration (FDA) the body that regulates the commercialization of drugs, approved the use of the Pfizer vaccine for all adults over 16 years of age after a rigorous examination to evaluate its risks and benefits.

The safety of Pfizer’s vaccine was tested in a clinical trial with 40,000 volunteers and is 95% effective.

For tomorrow, Thursday, an advisory committee of the FDA is expected to evaluate a second vaccine, that of the pharmaceutical company Moderna, whose emergency authorization could take place in the coming days.

The immunization campaign has come at the worst moment of the pandemic for the United States, which has already passed the 300,000 deaths from covid-19 and is registering 3,000 daily deaths, a figure higher than the number of people who lost their lives in the attacks of September 11, 2001. 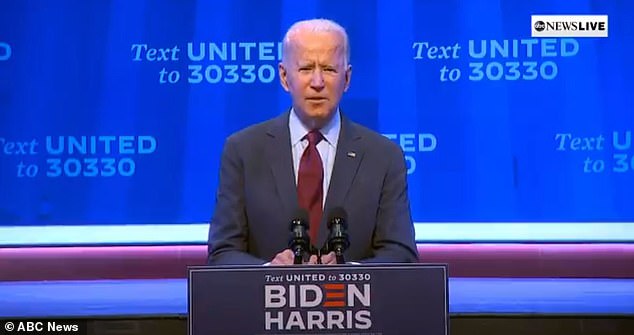