Protesting farmer unions on Wednesday said constituting a new panel to break the stalemate on the three new agri laws, as indicated by the Supreme Court, is not a solution as they want a complete withdrawal of the legislations.

They also said the government should have formed a committee of farmers and others before the laws were enacted by Parliament.

Their assertions came after the Supreme Court indicated earlier in the day that it may form a panel having representatives of the government and farmer unions to resolve the deadlock.

Abhimanyu Kohar, a leader of the Rashtriya Kisan Mazdoor Sabha which is one of 40 protesting farmer unions, said they have already rejected a recent government offer to form such a panel.

“Setting up a new committee by the court is not a solution. We just want a complete repeal of the three agriculture laws. Earlier, there have been several rounds of talks between a group of Central ministers and farmer unions, which was like a committee itself,” Kohar told PTI.

Taking to Twitter, Swaraj India leader Yogendra Yadav, who is also a member ‘Sankyukt Kisan Morcha’, said, “The SC can and must decide on the constitutionality of the 3 farm acts. But it is not for the judiciary to decide on the feasibility and desirability of these laws. That’s between the farmers and their elected leaders. SC monitored negotiation would be a wrong path.”

In another tweet, he said, “This amounts to resurrecting a proposal made by the Govt on 1st December which farmers organisations had rejected unanimously.” The Sankyukt Kisan Morcha is an umbrella body of 40 protesting farmer unions.

Bhartiya Kisan Union (Ekta Ugrahan), which has been leading the agitation at Tikri Border, said there would be no meaning of a new committee now.

However, Bharatiya Kisan Union leader Rakesh Tikait said, “We have only seen media reports about the SC order as of now. We want to first see an authentic copy of the order and then see what the government has to say. Only then can we comment on this.”

Earlier in the day, the Supreme Court indicated that it may form a committee having representatives of the government and farmer unions across the country to resolve the deadlock.

The top court was hearing a batch of applications seeking a direction to authorities to immediately remove the farmers from the roads, saying commuters were facing hardships due to the blockades and the gatherings might lead to an increase in the number of COVID-19 cases.

“Your negotiations have not worked apparently. It is bound to fail. You are saying you are willing to negotiate,” a bench headed by Chief Justice S A Bobde told Solicitor General Tushar Mehta.

Mehta, who is representing the Centre, replied, “Yes, we are willing to talk to farmers.”

Thousands of farmers have been camping at Delhi border points for the last 20 days now in protest against the three laws that they claim will lead to a dismantling of the mandi system and the Minimum Support Price mechanism, apprehensions that the government has been saying are misplaced.

On Tuesday, the leaders of the agitating farmers had asserted they will “make” the Centre repeal the three new agri laws in a hardening of their stand.

Enacted in September, the three farm laws have been projected by the government as major reforms in the agriculture sector that will remove the middlemen and allow farmers to sell anywhere in the country. PTI 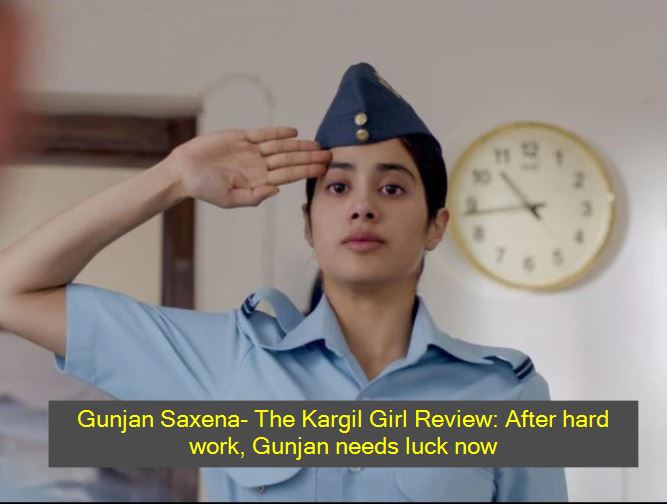 Gunjan Saxena The Kargil Girl Review: The story of the first woman to fly in war