Meghan Markle has invested an undisclosed amount in a Californian based ‘women-led wellness company’ making instant oat-milk lattes, before gifting Oprah Winfrey the coffee to plug to her 19 million followers on Instagram.

The Duchess of Sussex, 39, is currently living in her dream $14 million mansion in Montecito with husband Prince Harry, 36, and their eighteen-month-old son Archie, having stepped back from royal duty earlier this year.

She made her first appearance in a month last night as she praised ‘neighbours ensuring children received the nutrition they need’ on a clip shared on CNN.

Earlier today, Meghan’s close friend Oprah promoted a basket of the coffee latte treats to her 19 million followers on Instagram today, captioning the post: ‘On the first day of Christmas my neighbor ‘M’ sent to me…A basket of deliciousness! (Yes that M).’

According to Fortune,  the Duchess has decided to invest in Clevr Blends brand as she begins to build a portfolio of startup investments.

While it is not known how much Meghan invested in the company, in a statement she expressed her support for the brand’s founder and CEO Hannah Mendoza, saying: ‘This investment is in support of a passionate female entrepreneur who prioritizes building community alongside her business.’

Yesterday, Meghan praised the ‘quiet heroes’ of the coronavirus pandemic who have supported communities in a clip recorded for CNN in her first public appearance since revealing she suffered a miscarriage.

‘When kids’ lunch programs came to a halt, we saw our neighbors make sure that those children received the nutrition they need.’

Early this morning, Oprah shared a video online showing her unboxing the products and adding a plug for the Clevr Blends brand. She posted: ‘My new drink of choice for the morning and night. Wish I had @clevrblends sooner cause I would’ve added it to my Favorite Things list. #HappyHolidays.’

Meanwhile the affectionate nickname ‘M’ is similar to the one the Duchess uses for her husband Prince Harry, whom she often calls ‘H’.

In the clip, the 66-year-old showed off the contents of a hamper from the brand, discussing different flavours and showing the camera the packaging of various products. The startup business sells latte powders in matcha, chai and coffee flavours, which are made into a drink by adding hot or cold water

Clevr Blends is a startup that makes instant vegan oat-milk lattes, which debuted its first product in 2017.

The Southern California-based business is headquartered near Montecito, where Prince Harry and Meghan, and Oprah, live.

The brand has six staff members and currently sells four different kinds of instant latte retailing for $28. Flavours include Matcha, Chai, and Coffee.

The coffees have ‘added healing adaptogens, a sprinkle of probiotics and a creamy plant-based milk’ to create the ‘SuperLatte’.

The drinks are made by adding hot (or cold) water to the powder mixture and stirring, shaking, blending or frothing to make the latte.

Customers can also subscribe and have the instant  coffee powder delivered every 2, 4 or 8 weeks.

The company hopes to use Meghan’s investment to scale its business.

It has also committed donating one per cent of revenue to organizations fighting for food justice in the U.S.

The brand describe ‘providing ongoing support to organizations fighting for the wellbeing’ of community.

The Duchess  reportedly reached out to the Clevr team after trying the company’s oat-milk latte product.

In a statement, Meghan said: ‘I’m proud to invest in Hannah’s commitment to sourcing ethical ingredients and creating a product that I personally love and has a holistic approach to wellness. I believe in her and I believe in her company.’

The Southern California-based business is headquartered near Montecito, where Meghan and Prince Harry are currently living. The Duchess said she was ‘proud’ to invest in the company and praised CEO Hannah Mendoza for her ‘commitment to sourcing ethical ingredients’ (pictured, Hannah Mendoza)

On it’s website, the company describes ‘providing ongoing support to organizations fighting for the wellbeing of our community’.

It described: ‘We are currently collaborating with El Centro SB – a queer, BIPOC lead group that focuses on regional mutual aid and community resilience – to uplift their emerging food justice projects.’

The Duchess is following in Oprah’s footsteps with the investment in the vegan brand, after the media mogul invested in alternative-milk Oatly earlier this year.

In July, it was announced celebrities including Oprah, Oscar-winning actress Natalie Portman and rapper Jay-Z had invested £157 million into a particular Swedish company — talking its value to almost £2 billion.

Oprah has grown close with both Prince Harry and Meghan over the past few years, as well as being friends with Meghan’s mother Doria Ragland.

Reports surfaced earlier this year that Oprah had helped advise Meghan and Prince Harry on leaving their posts as senior members of the Royal Family, but she denied the claim. During the clip, Oprah showed off the contents of the hamper from ‘women-led’ Californian based brand Clovr and referred to her neighbour ‘M’ Posting a clip unboxing the hamper on Instagram, Oprah used the nickname ‘M’ and added a crown emoji

It was confirmed in September that Prince Harry had teamed with Oprah on a new Apple TV Plus streaming service series focusing on mental health.

The media mogul also attended the royal wedding in May 2018 as a guest of the couple.

The gift comes as Meghan praised the ‘quiet heroes’ of the coronavirus pandemic who have supported communities in a clip recorded for CNN in her first public appearance since revealing she suffered a miscarriage.

Meghan said last night: ‘We saw communities standing up and taking action. When kids’ lunch programs came to a halt, we saw our neighbors make sure that those children received the nutrition they need.’ Media mogul Oprah has grown close to both Meghan and Prince Harry, 36, and attended their wedding in May 2018 (pictured)

She added that ‘we as a community showed up’ to deliver food needed by vulnerable people, adding that ‘we also saw the power of the human spirit’ and that ‘we have the power to remind someone else that there is hope’.

It was the first time the Duchess has been seen since she wrote an article for the New York Times last month, revealing she lost her child in July, and described the ‘unbearable grief’ it caused her and 36-year-old Harry.

She did not address her own loss in the CNN clip, but told how 2020 had been ‘a year that has been universally challenging for everyone,’ before praising those who rose to the occasion and fed hungry neighbors going through tough times.

Meghan, who was wearing Catherine Zoraida earrings and a Cartier bracelet, had been speaking as part of the CNN Heroes series which praises those making a difference in communities.

Diego Maradona obituary: Argentine legend rose from poverty to become one of the greatest ever 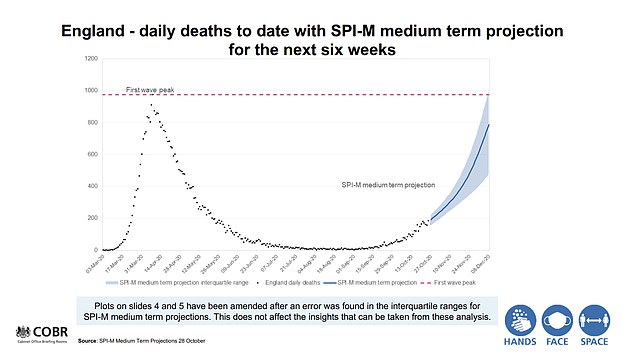 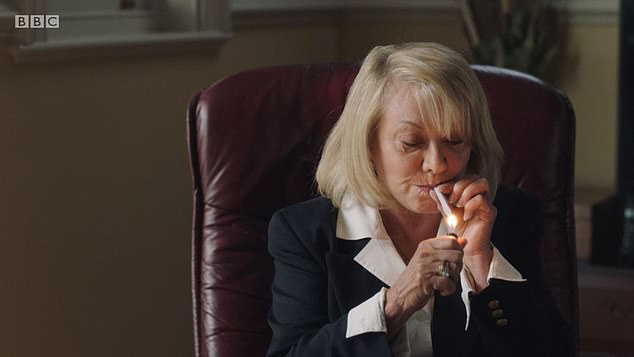