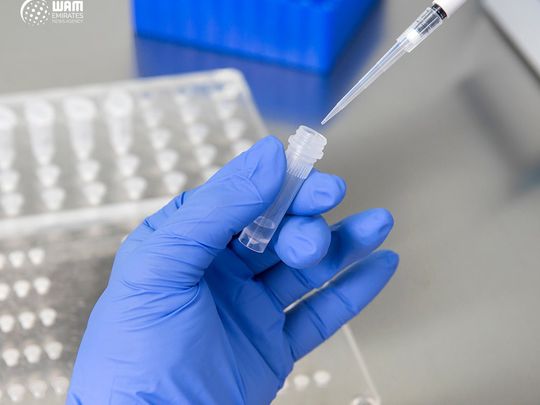 Abu Dhabi: The Abu Dhabi government recently called upon residents to volunteer for the Phase III trials of another COVID-19 vaccine. Developed in Russia, this vaccine will be tested on at least 500 people in Abu Dhabi.

The Department of Health — Abu Dhabi (DoH), the emirate’s health regulator also released eligibility criteria to sign up for the trials. Here is everything you need to know about the second COVID-19 vaccine trial to be hosted in the UAE so far.

Who developed this vaccine?

This particular COVID-19 vaccine has been developed in Russia. It was created by the Russian Ministry of Health’s Gamaleya National Research Institute of Epidemiology and Microbiology. Gamaleya, a medical research institute is headquartered in Moscow, and is named after Russian scientist, Nikolay Gamaleya, a pioneer in microbiology and vaccine research.

Does the vaccine have a name?

According to the official website, the Russian vaccine has been named Sputnik V, in reference to the successful Soviet Union space programme that launched the world’s first satellite. Sputnik 1 was the first artificial Earth satellite, and it was successfully launched into the Earth’s orbit in 1957.

What is the make-up of the Sputnik V vaccine?

According to the developers, a gene with the code of a coronavirus S (spike) protein is inserted into an adenoviral vector during the vaccine creation process. The inserted component is safe for the human body, but still helps the immune system to react and produce the antibodies that protect us from infection.

According to the official website, three adenoviral vector vaccines have previously been approved for the Ebola, and used to vaccinate 60,000 people in Russia, China and other nations. China also reportedly has two adenoviral vector-based cancer drugs. Other vaccine developers are also considering human adenoviral vectors for their COVID-19 vaccine candidates, including the University of Oxford and Johnson & Johnson.

The official vaccine website also states that “the use of human adenoviruses as vectors is safe because these viruses, which cause the common cold, are not novel and have been around for thousands of years”. According to the developer, “the unique substance of the Sputnik V and method of using it has patent protection in Russia”.

Has the vaccine been tested so far? Is it safe?

Pre-clinical trials on animals, including two types of primates were initially conducted. Then, on August 1, Russia completed the first two phases of testing, and the country approved Sputnik V as a COVID-19 vaccine on August 11.

Alexander Gintsburg, director at Gamaleya, has told international media that staff at the research institute had already received the vaccine, in addition to Russian soldiers, other volunteers, and famously, the Russian president’s daughter.

Results from these first human tests of Sputnik V have also been published in the renowned medical journal, The Lancet, in September. A total of 76 people were involved in the trials, and the vaccine had produced a strong immune response in all. As characterised in a press release sent by the DoH on December 7, the trials showed a stable, humoral and cellular immune response to the vaccine, with no serious adverse events recorded.

On August 25, after the vaccine was given emergency approval, Russia launched post-registration trials on 40,000 people in Russia and Belarus. “A number of countries, such as UAE, Saudi Arabia, the Philippines, and possibly India or Brazil, will join the clinical trials of Sputnik V”, the vaccine developer says on its official website.

Who will operate the trials in the UAE?

The Russian Direct Investment Fund (RDIF), Russia’s sovereign wealth fund, has partnered with Aurugulf Health Investment, a newly formed investment outfit in the UAE, for the Phase III vaccine trials in the UAE.

The trials will be supervised by the Department of Health — Abu Dhabi (DoH), the emirate’s health regulator, in collaboration with the UAE Ministry of Health and Prevention (MoHAP). All medical protocols will be handled by Abu Dhabi’s public health provider, the Abu Dhabi Health Services Company (Seha).

How many people will be required for these Phase III trials in the UAE?

The DoH has said that 500 healthy adults, of various nationalities, living in Abu Dhabi will initially be selected for the Phase III trials in the UAE.

What are the eligibility criteria to be selected for the vaccine trial?

Volunteers must meet the following criteria:

— be living in Abu Dhabi

— must not have been infected by COVID-19 previously

— must not have participated in any other COVID-19 vaccine trials

How many doses of the Russian vaccine will volunteers have to get?

Volunteers will be given two doses of the vaccine 20 days apart. They will then be monitored, through regular visits and tele-consultation, for 180 days after taking the vaccine, in line with the highest international standards.

How can I register for this Phase III Covid-19 vaccine trial?

Interested Abu Dhabi residents can register at www.v4v.ae website, hosting the Vaccine for Victory campaign, by supplying their contact details and basic medical information. Participants will then be contacted to arrange an eligibility screening before beginning the trials.

Why was the UAE chosen for vaccine trials?

“Thanks to our world-class health care infrastructure, the strength of our research ecosystem, and the community’s spirit of volunteerism, Abu Dhabi is an attractive prospect for those seeking to advance scientific discovery,” Al Hamed said.

Similarly, in the case of the first Phase III trials for a COVID-19 vaccine in the UAE, developers had cited the UAE’s diverse demographic base as one of the main reasons why it had been chosen for testing.

How does this trial compare to the first COVID-19 vaccine Phase III trials in the UAE?

The first Phase III trials in the UAE were for an inactivated vaccine developed by Chinese pharmaceutical giant, Sinopharm China National Biotec Group.

These trials were also supervised by the DoH and MoHAP, with medical protocols handled by Seha. They were however led by the health care wing of Abu Dhabi-based firm, Group 42, which boasts a supercomputer that can be used to analyse trial results.

The trials were kicked off on July 16, and they initially targeted 15,000 volunteers. Within six weeks however, more than 31,000 volunteers had signed up, and registration in the UAE was closed on August 31.

Like Sputnik V, the Chinese COVID-19 vaccine tested in the UAE also required volunteers to get two doses 21 days apart.

What were the results of the first Phase III trials in the UAE?

On September 15, the vaccine was given emergency regulatory approval for use with frontline workers. A number of top officials and frontline workers have already received the two doses of the vaccine. Even though official trial results are pending, officials announced last month that the Chinese vaccine had been tested on 1,000 volunteers suffering from chronic diseases and that no adverse effects or complications had been noted.

Dubai rents: Areas where they have fallen, how much 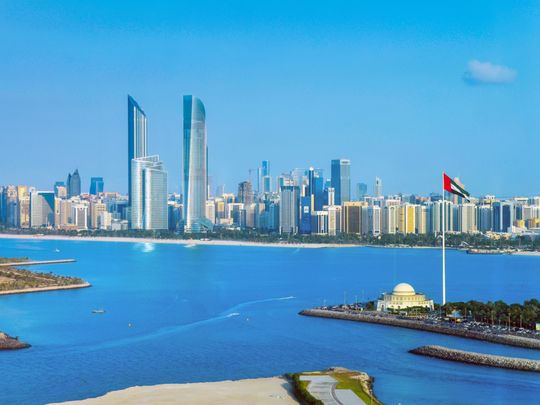