By Alex Lawson Senior City Correspondent For The Mail On Sunday

The Bank of England has three times more transgender staff than the average for the population as a whole.

In an internal survey, 158 of the central bank’s 4,575 employees stated that their gender identity was different to the sex they were assigned at birth.

That is equal to more than three per cent of the institution’s workforce. LGBT charity Stonewall says the best estimate for the number of transgender people across Britain is one per cent, or about 600,000 people, including those who identify as non-binary.

In an internal survey, 158 of the central bank’s 4,575 employees stated that their gender identity was different to the sex they were assigned at birth

The 326-year-old Bank is among a string of financial giants in the City attempting to shake off a long-held image of hiring a disproportionate number of white men from privileged backgrounds.

It was criticised last year when former City watchdog chief Andrew Bailey took the top job of governor ahead of several female candidates.

The figures from the Bank’s internal staff survey in October were revealed in response to a Freedom of Information request by The Mail on Sunday.

The survey also showed the Bank has 168 staff who identify as lesbian, gay, bisexual or other, in addition to those who stated their gender identity is different to the sex they were assigned at birth.

The number of transgender murderers behind bars has doubled in the past four years, according to official figures.

Twenty killers last year told the prison authorities that they are transgender – up from nine who did so in 2016.

The Ministry of Justice figures will intensify suspicion that some violent criminals may be identifying as trans in the hope of getting better treatment in jail or being transferred to a women’s prison. Ministers last year established a dedicated wing at Downview in Surrey – a women’s closed category prison – for male-born prisoners who now identify as female.

It followed the scandal involving Karen White, a transgender inmate who sexually assaulted two women while on remand in New Hall women’s prison in West Yorkshire. An event last month hosted by the Prisoners’ Advice Service heard that four inmates had since been placed in the unit – of whom three had convictions for sexual offences – but all but one has now been placed in a women’s jail.

Prisons Minister Lucy Frazer said robust rules were in place to ensure all inmates were managed safely, adding: ‘We expect all prisoners to be treated fairly, lawfully and decently, with their rights and safety properly respected.’

Last month, the Bank lit up its HQ on Threadneedle Street in the City in blue, pink and white to mark Transgender Awareness Week, and has held training webinars and hosted external speakers on the subject.

And last year it launched its Out And Proud Charter, which committed to supporting lesbian, gay, bisexual, transgender and other (LGBT+) staff through promoting awareness, staff training and regular conversations around the topic. It also committed to ensuring staff were not bullied or harassed.

Launching the charter, Bank of England director Sarah Breeden said: ‘This principles-based charter aims to ensure that we take steps to create a safe, inclusive environment where people from the LGBT+ community can bring their whole selves to work, irrespective of their sexual orientation, gender identity or gender expression.’

A Bank spokesman told The Mail on Sunday there had been no formal cases of bullying or harassment since its charter was launched. Bank of England sources said the personnel data had only recently been compiled and the reason for the organisation having a relatively large number of transgender staff, compared to the national average, was not known.

The Bank spokesman added: ‘We have an active internal dialogue which encourages and empowers LBGT+ colleagues to share their own experiences and the senior leadership of the Bank has encouraged all employees to continue their learning in this area.’

Bev Shah, chief executive of diversity consultants City Hive, said: ‘We are competing against other industries that look more exciting from the outside and will attract the diverse-thinking and high-performing talent that we would like to see in the City.

‘There is a real risk that the City will fail to meet the needs of its customers and indeed, wider society, if it only reflects one part of it.’ 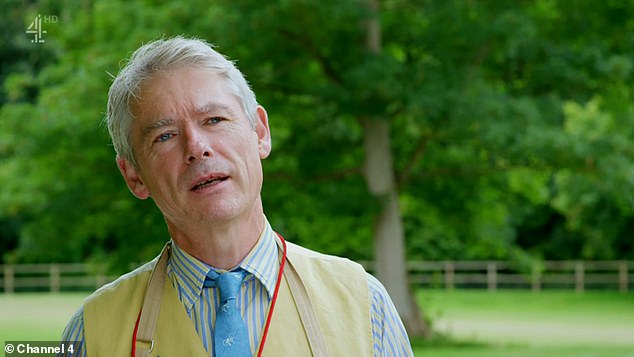 Great British Bake Off: Rowan is eliminated after failing to impress in Bread Week 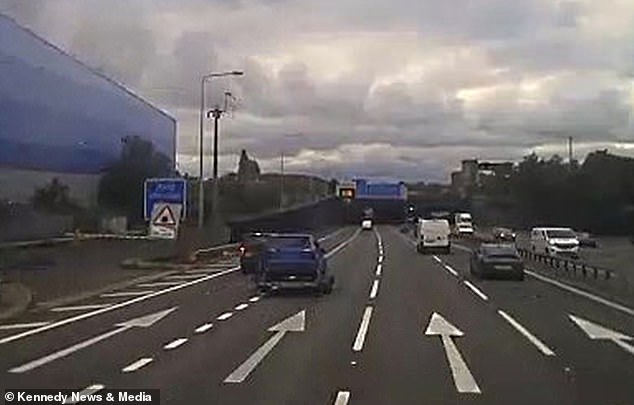