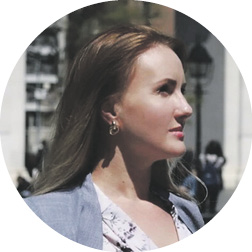 On Tuesday, December 8, the UK started universal immunization of the population against the coronavirus. Foggy Albion became the first state in the world to approve the universal introduction of the COVID-19 vaccine developed by Pfizer (USA) and BioNTech (Germany). Recall that since the beginning of the pandemic in Britain, more than 1.6 million people have contracted the coronavirus, of which 60 thousand have died.

And now, this week, citizens have a hope – fifty hospitals in England, Scotland, Wales and Northern Ireland began to vaccinate. How will the action, unprecedented for the country, be held, followed by the whole world, and who can count on the vaccination?

Pfizer and BioNTech’s vaccine is rated 95% effective according to research conducted by UK regulator MHRA. The time during which it was created and allowed for mass adoption is only ten months. For any vaccine, this is a record: usually, such drugs take about ten years to reach mass use.

Created by pharmacists Pfizer and BioNTech, the drug belongs to a new type of mRNA vaccine and is based on a fragment of the genetic code of the COVID-19 virus. Volunteers from six countries participated in clinical trials of the vaccine: the United States, Germany, Brazil, Argentina, South Africa and Turkey, with 42% of them of different ethnic origins. The age of the volunteers is from 16 to 85 years old, and since October, adolescents from 12 to 16 years old have been attracted by FDA approval. The participants included people with serious chronic illnesses such as HIV, hepatitis B and C.

As part of the research, which involved more than 40 thousand people, two injections were made: first one, and three weeks later the second. There were no serious side effects in the volunteers who received the vaccine, only 2% reported mild migraines and fatigue.

The degree of effectiveness of 95% was assessed as a result of the following calculations: only 170 trial participants contracted COVID-19, while only 8 of them were vaccinated, the rest received a placebo. Immunity to the virus is formed 7 days after the second injection, or 12 days after the first in case of strong immunity.

Mass production of the vaccine will be established in Belgium. Since the vaccine must be stored at -70 ° C, special boxes with dry ice briquettes will be used for transportation. The doses received can be stored in the refrigerator for a maximum of 5 days.

In the homeland of the inventors of the vaccine, it has not yet been approved for mass use. It turns out that Great Britain was the first country in the Western world to purchase and certify a vaccine created in the USA and Germany and produced in Belgium. By the way, the vaccine, which was invented by British scientists from Oxford, has not yet received approval in the country. According to Education Secretary Gavin Williamson, the Pfizer and BioNTech vaccine was approved so quickly in the UK only because the UK regulator (MHRA) is “much better” than its counterpart in the countries of the drug’s developers and manufacturers.

The fact that the vaccination has begun will be the largest in the history of the country, said the head of the British National Health System Simon Stevens.

The UK has ordered 40 million doses for 20 million people. But who will get the vaccine first? It will be provided to the elderly and doctors at risk, since they can become infected with the coronavirus faster than others. The government also expects about 800 thousand more doses to be received in the near future, British Business Minister Alok Sharma told the BBC. “The very first batch of vaccine is already in the UK and will be increased by the end of the year.”, – he said.

At this rate in the coming months, most people in the UK are vaccinated. UK Health Minister Matt Hancock said on Twitter (quoted by the BBC): “With this development of events in the spring, from Easter, life will begin to improve and next summer will delight us”… Health Secretary Matt Hancock called the day of the start of universal immunization “Victory Day.”

“It’s amazing to know that we will be the first in the world to receive a vaccine.”Said Louise Coughlan, chief pharmacist at Croydon Health Services NHS Trust. In addition to fifty hospitals, citizens will also be vaccinated in conference halls and business centers – now the country is finishing the arrangement of facilities for these needs.

The only thing that, according to doctors, can cloud immunization is that the vaccine can lose its effectiveness with frequent transport. The vaccine has specific storage conditions. For example, it can only be transported anywhere four times, and this, in turn, complicates its delivery to nursing homes. First, the drug will be shipped from Pfizer’s Belgium plant to UK warehouses and from there to hospitals.

The emergence of a vaccine, doctors warn, does not mean that the danger has passed. It remains mandatory to maintain distance, masks and isolation in the presence of symptoms of the disease.

Back in the spring, more than 70% of Britons were confident that the government was doing an excellent job of dealing with a pandemic that had hit the world. However, already in November, the level of public confidence in the authorities dropped by half. For comparison: in Germany, this indicator did not fall below 60%. In such a situation, analysts say, quick certification of the drug and authorization for mass vaccinations is what can help the authorities regain public confidence.

Pfizer had problems with early supply of raw materials, so instead of the planned 100 million doses, it will only be able to ship 50 million by the end of the year. “Expansion of the raw material supply chain took longer than expected”– said a company representative. She added that the results of a clinical trial of the vaccine became available somewhat later than planned.

Output volumes in 2021 will not change. Plans for the production of a drug for COVID-19 next year are also the same: Pfizer expects to release more than 1 billion doses of the vaccine in 2021. EU countries are also preparing to immunize the population. In particular, only in the capital of Germany 20 thousand vaccinations will be given per day.

As the Minister of Health of Germany Jens Spahn noted, Germany also expects an unprecedented mass vaccination, and preparations for it are in full swing. Vaccinations in the country of the vaccine developer may begin to be given as early as 2021. By the way, a network of 400 stationary centers will be created in Germany for immunization.

According to the German edition DW, the procedure for vaccination will be as follows: verification of personal data, doctor’s consultation, injection and observation. Vaccinations will also be given in the terminals of non-operating airports and even on the ice arena.

On December 6, US President Donald Trump announced that mass vaccinations in America would begin this week. Most likely the vaccine will be from Moderna. The US authorities allocated $ 486 million for the development of the vaccine for Moderna, $ 456 million for Johnson & Johnson, and $ 1.2 billion for the British-Swedish AstraZeneca.

US President-elect Joe Biden said he would not demand universal immunization from Americans, but he plans to urge citizens to wear masks for 100 days after his inauguration, NEWS news agency reported.

Meanwhile, in Moscow, vaccination began on December 5 on the basis of 70 metropolitan clinics, reports Lenta.ru. Representatives of risk groups who come in contact with a large number of people can get vaccinated. Vaccination will take place in two stages: first, the first component of the vaccine will be introduced, and after 21 days – the second. Everyone who gets vaccinated will receive a certification certificate. The first of the three Russian vaccines to receive registration was Sputnik V, developed at the Gamaleya Center for Epidemiology. Its effectiveness is estimated at 95%, clinical trials took place in July.

Many doubt that Britain will be able to achieve its planned scale.

For example, columnists for the German newspaper Frankfurter Rundschau note that the UK is experiencing an acute shortage of health workers. How can the country manage to find such a large number of assistants in such a short time, who will vaccinate thousands of people every day? And is it right at the same time to start vaccination with a vulnerable category of the population, that is, with the elderly?

But the newspaper Volksstimme (Magdeburg), on the contrary, praises the British for such a bold decision. “It is very daring to start such a vaccination. And the inhabitants of Britain are at great risk in this regard. If this large-scale action succeeds, everyone will be happy, but if something goes wrong, Boris Johnson and his cabinet will have to resign. “, – say the representatives of the newspaper.

In turn, development scientists are interested in the impact of the vaccine on the virus. Pfizer spokesman Dervil Keane says: “There is still a lot to understand about this disease, about the virus and about the defense mechanisms of the vaccine. It is not known how much the virus is capable of mutation and how long the immune response will last to vaccination. In this regard, it is important to have a technology that will allow you to create doses for re-immunization, as well as follow possible mutations of the virus “…

If it takes several years for the development and conduct of clinical trials in normal times for doctors, then in the extreme conditions that humanity is faced with today, the world chooses the lesser of two evils – a clinically tested vaccine in a short time and the hope of stopping the spread of the virus instead of waiting, when it’s all over.