Despite the fact that there are only a few weeks left until the end of the transition period, the government still does not regulate trade relations with Europe and non-European states. Of course, the changes will affect the beverage industry, both alcoholic and non-alcoholic. Some analysts are already warning that the supply of wine, gin and some other types of spirits, as well as juices, may soon be cut. But will it really be so or is it still speculation? Let’s try to understand the situation.

Globally, the UK is the second or third most important sales market for wine producing countries. Countries like France, Italy and Spain rely heavily on British consumers. In turn, these same British consumers rely heavily on European winemakers. And since local import substitution is untenable, Brexit without trade agreements seriously undermines the well-established cycle of wine in Europe.

Such thoughts can easily settle in the head of anyone who is worried about the future supply of wines in stores. However, the situation should be considered from the other side. First of all, it must be said that not only European wines are sold in the UK, but also non-EU wines. For comparison: in France, Spain and Italy, it is more difficult to find wines from South America, since the market is already overflowing with its own brands. It turns out that under a tough Brexit, continental European countries will face worse: an important sales market will become less accessible. At the same time, for most of the popular European wines, analogues can be found in Australia, South Africa, Chile, Argentina and the USA. In other words, less Pinot Grigio, more New Zealand Sauvignon Blanc.

In addition, at first, after the UK left the EU without an agreement, only young European wine is likely to suffer – that which is not intended for aging and should be consumed within the first two years after production. Lovers of exquisite matured European wines need not worry. Many companies have a stock of such goods, and, according to their assurances, it should be enough for a year or two. By that time, agreements will probably be reached. At first glance, there should be no problem with the supply of spirits: vodka, whiskey, gin, rum – everything is produced domestically from available local ingredients. Perhaps the presence of some specific brands that are produced only abroad will decrease. However, almost all major brands of spirits – both local and European – have established production in the United Kingdom.

Gin and rum can have problems. The point is that gin requires juniper and rum requires sugarcane. Both do not grow commercially in the UK. With sugar cane, everything is quite simple, since supplies can be arranged from many countries of the world, and with juniper it is more difficult. The main world supplier of juniper berries is Italy, and under Brexit without agreements, the import of juniper can significantly rise in price. It is not yet fully understood how gin producers will tackle this problem. Basically, everyone expects trade agreements with the European Union, but in the case of a no deal, there is a possibility that the price of gin will rise.

With beer, the story is about the same as with strong alcohol. Most of the draft beers are made domestically using local ingredients. Accordingly, the bulk of the consumer beer market will most likely not notice that Brexit has already arrived. There may be cuts in terms of bottled products produced on the continent due to the price jump, but there are not many of them on the shelves and in bars, and it is quite easy to find an alternative to light beer.

The question of beer that has no alternatives remains open. Guinness is a good example. For Europe, all Guinness is produced only in Ireland, this is how the reference quality is maintained. At the same time, although Guinness refers to stout (dark beer), there are a lot of brands, any Guinness follower will tell you that stout is stout, and Guinness is Guinness. Another example is the German Paulaner Weissbier. Although more niche, there are almost no alternatives to white unfiltered beer in the UK.

There are plenty of such examples, but it’s hard to say what will actually happen. In the case of Guinness, one should expect a rise in price, while the volume of available beer is unlikely to decrease. More niche European products, however, may be squeezed out of the market for some time. A boom in craft products from across the ocean is also possible. In the United States, for example, craft production is excellent, but the saturation of the European market with domestic craft beer and customs duties nullify the idea of ​​export. All the fruits of the world

It’s logical to assume that the story is slightly different with juices and refreshments like smoothies. Yes, they are produced domestically, but raw materials for their production are purchased in large quantities from Spain, Italy, Holland and other European countries. In this regard, Britain can only boast of apples.

In fact, a huge share of raw materials for juices and refreshing drinks comes to us not at all from Europe. Some of it does not enter the UK directly, but through the countries of continental Europe. But this is unlikely to become a hindrance in the event of a tough Brexit, because you can always arrange direct supplies of such raw materials.

Brexit will be an unprecedented event for any industry, including drinks. Too many variables, too many questions. In addition, we only considered the situation with the tough Brexit. If an agreement is signed, the scenarios will be very different, especially for wine. But even in the worst case, the amount of alcohol on the shelves is unlikely to be drastically reduced. Where there is demand, there will always be supply. So cheer up! 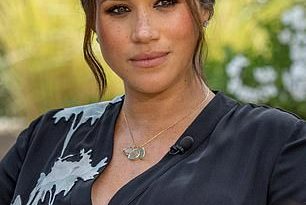 Meghan Markle drops her longtime agent who repped her since Suits 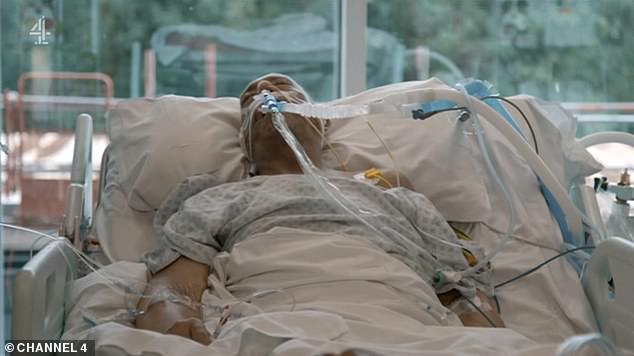 Surviving Covid viewers were left ‘heartbroken’ after man, 62, lost his battle with coronavirus