Facebook has frozen the accounts of members of a British historical re-enactment society after mistaking them for a US far-right militia group.

Wimborne Militia recreates historic battles from the 17th century including the 1685 Monmouth Rebellion and helps out with other local events – including recently turning on a town’s Christmas lights.

But five of its 60 members have had their Facebook profiles disabled, leaving them unable to post photos or comments.

The group, based in Dorset, fears it is because the social media giant has mis-identified its page as being part of a right-wing movement in the US. One of those affected is Chris Brown (pictured), who is also the local town crier

He said: ‘The first we knew something was wrong was last week when none of us could access our Facebook accounts.

‘There was a message that appeared that stated “your account has been disabled due to contraventions of community standards. This decision is irreversible.”

‘We had no idea what had gone on. We thought somebody had hacked our accounts at first.

‘We couldn’t get hold of anybody at Facebook. I even emailed Nick Clegg, who is the director of global communications at Facebook, but I’m still waiting for a reply.

‘We suspected it was down to this business in the US where you have militia groups that are armed to the teeth and an algorithm is wiping off anybody who has the word militia on their page.

‘It looks like Facebook made a blanket decision without checking us out. If they did it would have been fairly obvious that were aren’t a dangerous, political group.

‘We are an English Civil War re-enactment group with 17th century weapons which we had shotgun licences for. We operate under strict health and safety rules and everything is done by the book.’

The group relies on social media to keep the public informed of its activities – especially during the coronavirus pandemic. Wimborne Militia entertain the crowd by firing their muskets. The group relies on social media to keep the public informed of its activities – especially during the coronavirus pandemic

‘Unfortunately despite being a British Reenactment society we seem to have been caught up in the algorithm.

‘So if this page disappears that is why. We shall have to start again!’

While the five deleted accounts were those of the group’s administrators, the main page has remained online.

One of those affected is Chris Brown, who is also the local town crier.

Facebook vs US militias: How the tech giant has banned thousands of pages

Facebook has removed thousands of accounts, pages and groups as part of what it called a ‘policy expansion,’ seeking to limit violent rhetoric tied to QAnon, political militias and protest groups like Antifa.

Facebook has been under immense pressure to clamp down on hate speech and dangerous conspiracy theories, both of which are found in abundance on the site.

Last year the company announced new policies to reduce the visibility of vaccine misinformation on its platform, including rejecting advertising and excluding groups and pages from search results that spread ‘vaccine hoaxes.’

Facebook will now deliberately push down in its rankings QAnon, militia and anarchist protest groups on users’ News Feeds and in Facebook and Instagram’s search engines.

He told the BBC: ‘I run a number of social media pages and contribute to pages about Wimborne.

‘I’m the administrator of the neighbourhood watch, so I can’t even do that at the moment.’

The Monmouth Rebellion, also known as the Pitchfork Rebellion, the Revolt of the West or the West Country rebellion, was an attempt to overthrow James II.

Facebook began banning militia groups in the US after critics claimed the platform was being used to encourage violence.

In October the company began down-ranking content in restricted pages and groups, meaning members would only see it further down in their feed.

‘We are also prohibiting anyone on our platform from running ads that praise, support or represent militarized social movements and QAnon,’ Facebook said in an update.

In August, Facebook had banned about 900 pages and groups and 1,500 ads tied to the conspiracy theorists which believe the president is secretly fighting against elite Satan-worshiping pedophiles in the government.

The effort was part of what they called a ‘policy expansion,’ seeking to limit violent rhetoric tied to QAnon, political militias and protest groups like Antifa.

Brian Fishman, who runs Facebook’s global counterterrorism team, on Wednesday said they have since identified more than 300 groups under the policy and removed more than 6,500 groups and pages between August 19 and September 15.

Facebook, which moved to take down or restrict controversial accounts earlier this year, said it had restored the accounts after an ‘error’.

A spokesman told MailOnline: ‘The Group and accounts were removed in error and have now been restored. We’re sorry for any upset this has caused and we’ve taken steps to prevent this happening again.’ 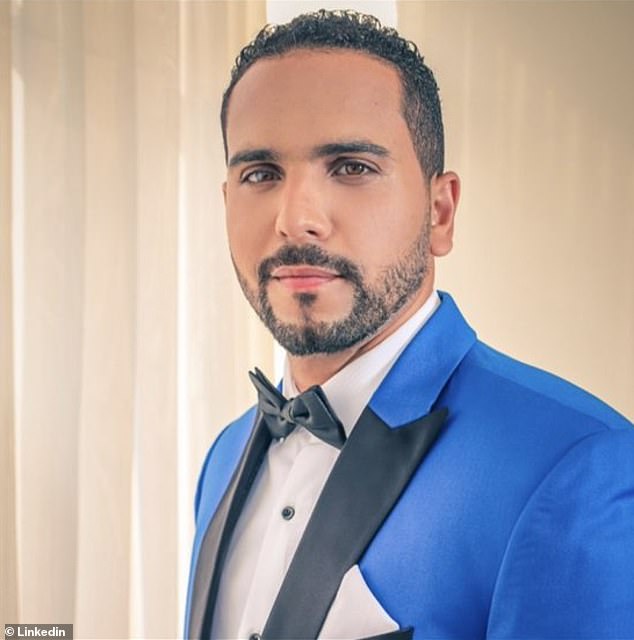