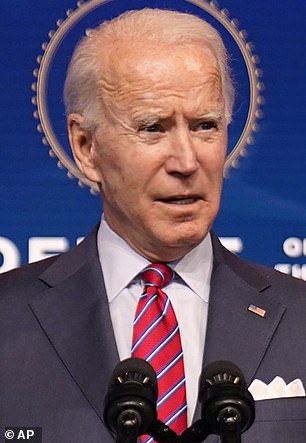 The Trump administration has not permitted President-elect Joe Biden’s transition team to meet with senior intelligence officials at the Pentagon, it has been reported.

The move comes after President Donald Trump carried out a purge of the Defense Department’s top civilian leadership last month and installed several loyalists in key positions who have effectively stymied the transition to an incoming Biden administration.

Current and former US government officials told The Washington Post that members of the Biden transition were not granted access to senior leadership in key Pentagon-run intelligence agencies. 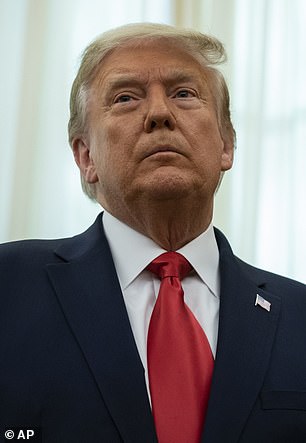 President-elect Joe Biden’s transition team  has been denied access to top officials at the Pentagon’s espionage agencies after the Defense Department’s civilian leadership was purged and loyalists to President Donald Trump (right) were installed, according to a report Biden’s team has not been able to engage with any of the leading figures in these branches, according to The Washington Post.

Officials told the Post that the delays in granting the Biden team access to information could prevent it from getting up to speed on spy operations being conducted against American adversaries like Russia, China, Iran, and others.

The most worrisome aspect was the refusal of the Trump administration to grant Biden transition officials access to the NSA, America’s largest intelligence apparatus known for sophisticated eavesdropping and surveillance capabilities. Kesh Patel, a Trump loyalist installed as Pentagon chief of staff last month, is in charge of overseeing the transition

According to the Post, Biden transition officials were told that they needed to submit a list of names to Pentagon leaders of who would be taking part in the visits and which topics were going to be discussed.

The Pentagon officials had also asked the transition how much time would be allotted for each meeting.

The information would then have to be reviewed and approved by the Defense Department’s general counsel and Kash Patel, a Trump loyalist who was put in charge of the agency’s transition last month, according to CNN.

Patel was named Pentagon chief of staff, replacing Jen Stewart, who resigned after the president fired Defense Secretary Mark Esper in the days following the election.

‘If they were in a cooperative mood, none of this would be happening,’ one source told the Post.

The Central Intelligence Agency and the Office of the Director of National Intelligence are civilian departments that fall under the authority of the federal government.

Advisers to the president-elect have been able to meet this week with senior officials in the civilian espionage agencies that are independent of the Pentagon.

A spokesperson for the Pentagon told The Hill on Friday that after the Post report, meetings between the Biden transition and Defense Department spy agencies were tentatively set for early next week.

Sue Gough, the Pentagon spokesperson, said that the office of the under secretary of Defense for intelligence and security and the Pentagon Agency transition director were finalizing coordination for the department’s spy agencies, ‘including the need-to-know approval process for DOD intelligence agencies per the statute and White House/Biden-Harris Transition Team Memorandum of Understanding.’

‘The DOD Agency Review Team has not been denied any access,’ Gough added.

‘We continue to work with the DOD ART to schedule all requested interviews, briefings and updates.’

A defense official blamed the Biden transition team for the delays, saying it failed to follow proper procedure.

The Biden transition ‘made direct coordination with DOD intelligence agencies for interviews, briefings and site visits,’ the official said. 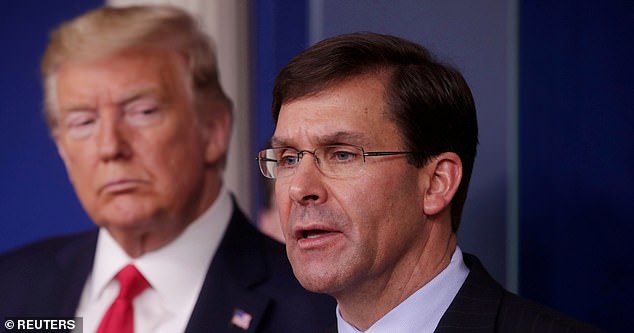 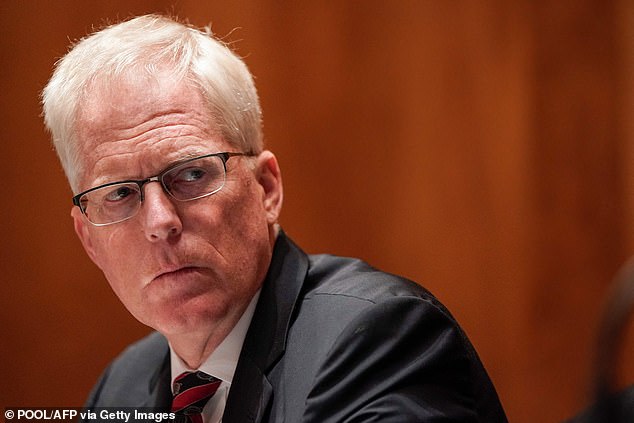 Esper has been replaced by Acting Defense Secretary Christopher Miller 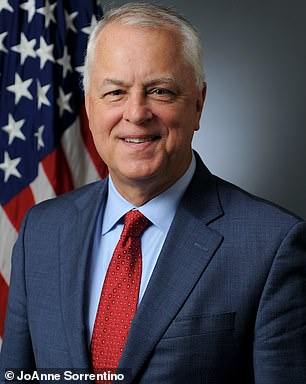 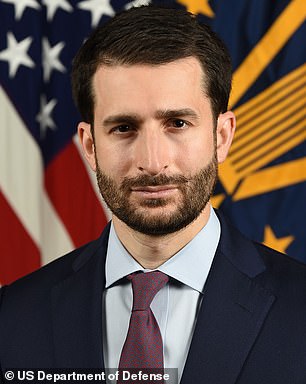 Anthony J. Tata (left), who couldn’t get confirmation through the Republican-controlled Senate, will be performing the duties of deputy under secretary of defense for policy. Ezra Cohen-Watnick (right), another Trump loyalist, was installed as acting undersecretary for intelligence

Instead, the Pentagon asked Biden transition officials to reach out to Patel for all requests for interviews and site visits ‘per the statute, GSA guidance’ and a memorandum of understanding between the White House and the president-elect.

GSA stands for General Services Administration, the federal agency that officially enabled the transition to the incoming Biden administration to begin on November 23 when it ascertained that Joe Biden won the election.

‘In case that isn’t clear,’ the defense official said, ‘the schedule change/delay happened because the (Biden team) didn’t reach out to DOD before scheduling a meeting with DOD agencies, PER THE GUIDANCE and MOU.

‘They weren’t denied, they just had to follow the proper procedure.’

Days after the election, Trump fired Esper and several other top civilian aides deemed insufficiently loyal to the president. Esper was replaced by Christopher Miller, who is acting defense secretary.

The president proceeded to install several aides in top Pentagon positions, including Patel and Anthony Tata, a former Fox News commentator who was unable to win Senate confirmation or make it through the Senate Armed Services Committee following disclosures about explosive and racist comments from his past. Bill Gates Always Read Before Bed, Science Recommends You Should Too | The NY Journal 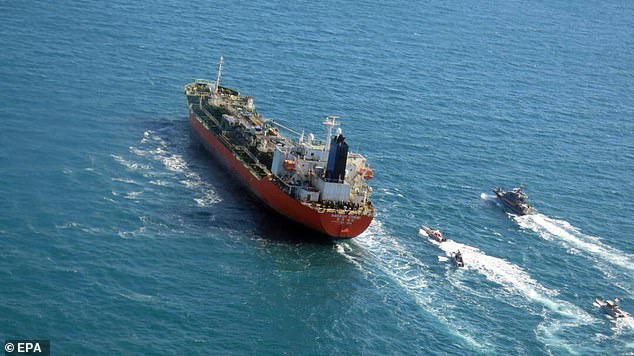