Lyndon Arthur has dedicated his shock win over Anthony Yarde to his late brother.

Zennen was killed in a gangland shooting in Manchester when Arthur was 10 and he has a tattoo of him on his right arm in tribute.

Boxing saved Arthur from being drawn into gangs and he believes Zennen was looking down proudly on him after he retained his Commonwealth light-heavyweight title with a contentious split decision win over Yarde.

“My brother, he died a few years ago, but he was here one million per cent,” said the Mancunian.

“My brother would have loved to have seen this, but he will be looking down now ‘thinking, wow! That’s my little brother’.

“I was 10 when he died and I could easily have gone the other way. I was never a gangster, but where we grew up it was full of people like that.

“It would have been easy for me to go left. I’ve put a lot into boxing, 10 or 11 years now, I’m ranked in the world, I’ve just fought my second headline show and I want to be a world champion.”

Arthur, 29, who has improved to 17-0, rejected Yarde’s claims of “robbery” and the Pat Barrett-trained fighter will give him a rematch.

For the second Saturday in succession at Westminster’s Church House, the underdog won by using his jab and Yarde left it too late to try and rescue the fight.

“It was a close fight, but my jab won the fight,” he told BT Sport. “Your jab can take you all around the world.”

Yarde, 29, was angry with judges Michael Alexander and Marcus McDonnell, who scored the contest 115-114 to Arthur, and refused to acknowledge it as his second pro loss.

“The whole fight, I was applying pressure,” said the former world title challenger. “At no point in the fight did he land any shots that hurt me.

“He landed a few jabs, and one right hand, maybe two. No way did he win that fight.

“I personally feel this was a robbery and I won this fight, I did not lose this fight.

“This sums up 2020 for me. But our mentality is lions in camp and I have a strong mentality. I will be back.” 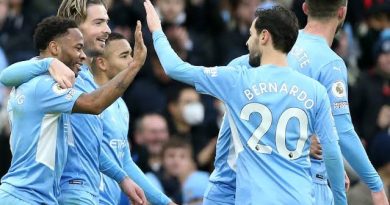