Daniel Radcliffe brought the laughs with this hilarious behind-the-scenes moment that happened on the ‘Harry Potter’ set — also confessing one of the best perks of the job.

It’s been years since Daniel Radcliffe, 31, wrapped the Harry Potter film series — but he just dished on one outrageous moment with…a monkey. The star recalled being on-set of the second film The Chamber of Secrets in 2002 in which the animal decided to — erm — begin masterbating in front of the cast and crew. “You asked about such a specific thing in that McGonagall classroom. I definitely remember that there was a — there were a lot of animals,” Daniel began in the Dec. 3 episode of Hot Ones. On the show, hosted by Sean Evans, guests chat about past and present projects while daring to a variety of hot sauces.

“They must’ve had upwards of 60 there. I don’t imagine they were often all on set together,” he went on, referencing a scene where Maggie Smith‘s Minerva McGonagall teaches Harry and his Hogwarts classmates transfiguration (a spell where objects can change from one thing into another). “But definitely in that scene, in the transfiguration classroom, there was a monkey of some kind in a cage that did just start jerking off relentlessly,” he hilariously revealed, noting the other animals were “very well behaved” for the most part.

“Although I think Rupert [Grint] maybe got peed on by a bat at one point as well,” he added, shouting out the new dad, 32, who played Ron Weasley in all eight movies. “But yeah, I got away pretty cleanly after that,” the Now You See Me 2 star explained. Of course, animals are par for the course in J.K. Rowling‘s Wizarding World, with owls who act as mail messengers, dragons who guard vaults, edible chocolate frogs (catch them if you can), and more. On the monkey, Daniel didn’t reveal how the cast and crew opted to stop the monkey — but it’s safe to say they just let him do his thing.

Daniel was just 11-years-old when he made his debut as the title character in Harry Potter and the Sorcerer’s Stone, alongside Rupert and Emma Watson, 30. At that age, the actor recalled craft services — specifically breakfast — was one of the best perks of the job! “I was just an 11-12-year-old child just piling on fried eggs and bacon and sausages and baked beans every morning for just days,” he hilariously remembered, seemingly preferring a simple meal compared to the ornate feasts featured on-screen in the films. “So that was great,” he added. 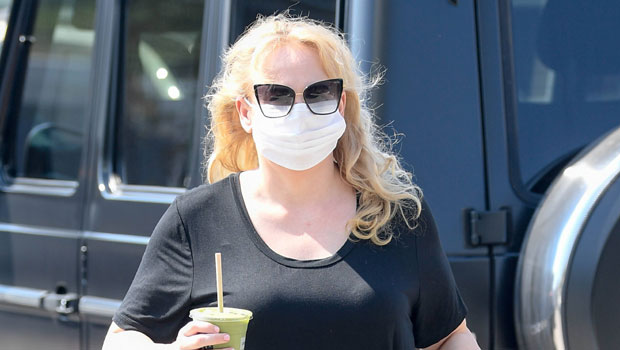 Iggy Azalea’s Son Onyx, 7 Months, Sleeps In Her Arms While On A Plane In Rare Photo: ‘Beautiful Boy’