Alejandro Mayorkas was part of the Obama Administration and responsible for implementing DACA. / PHOTO: GETTY

Better roads for immigrants is what President-elect Joe Biden raises once he reaches the White House.

“We will roll up our sleeves from day one to repair what is broken, to unite families, to build a immigration system that works for everyone ”, said the future Secretary of National Security Alejandro Mayorkas during a conference call organized by the American Business Coalition for Immigration (ABC).

Mayorkas highlighted the importance of a “bipartisan” effort to create a new immigration system, something that depends on Congress and that has already tried without success to promote the Barack Obama government, in which Biden served as vice president.

The last time Congress passed a law to reform the immigration system was in 1986 when Ronald Reagan was president (1981-1989) and both houses were controlled by Democrats. A smaller law was also passed in 1990 when George H. W. Bush was the head of state.

In his speech, Mayorkas insisted that the collaboration of the Democratic Party and the Republican Party is possible because immigration “speaks about the stories that the US has in common as one people” and “it is in everyone’s interest to extend a tradition American”.

“It is written on the Statue of Liberty that the torch in her hand shines around the world, that welcoming immigration is a fundamental part of who we are and who we have always been as Americans from our earliest days,” he said.

“We,” he added, “are a nation that was founded on the aspirations, energy and ideas of immigrants and the generations that followed.”

However, during the conference organized by ABC, Democratic and Republican senators disagreed about the possibilities of reaching a comprehensive agreement to reform the immigration system and, above all, doubted that there will be substantial progress during the first months of the Biden presidency.

Specifically, Senator Susan Collins, Republican of Maine and considered moderate, said: “It will be difficult for there to be much progress in the first six months, because we will continue to deal with the covid-19 pandemic and the impact on the economy.”

However, it opened the door to an agreement to help beneficiaries of the Deferred Action for Childhood Arrivals (DACA) program, created by Obama in 2012 and that the outgoing president, Donald Trump, has managed to weaken, although he continues to temporarily protect 650,000 undocumented youth known as “dreamers” were deported.

Faced with the idea of ​​laws of limited scope, the leader of the Democratic minority of the Senate, Chuck Schumer, insisted on the need for a “bipartisan and comprehensive reform”, in what he considered one of his “priorities”.

Beyond concrete actions, Mayorkas promised that the Biden government will treat immigrants in a “humane” way.

“We must stop smearing these communities. We must immediately end the inhuman and unfair treatment of immigrants. There is no more powerful and heartbreaking example of that inhumanity than the separation of children from their parents, ”he said, referring to Trump’s policies on the border.

Likewise, Mayorkas praised immigrants who have played an essential role at the forefront of basic services that have allowed the US to continue operating during the covid-19 pandemic, which has already claimed more than 275,000 lives and infected more than 14 million people in the country.

Mayorkas was undersecretary of the Department of Homeland Security (DHS) between 2013 and 2016, under the then Obama Administration, and also, from 2009 to 2013, led the United States Citizenship and Immigration Services (USCIS).

If confirmed by the Senate, he will become the first Latino and the first immigrant to lead DHS, the branch of the Executive in charge of issues as sensitive to the country as immigration, border security and cybersecurity.

Born in Havana on November 24, 1959, Mayorkas emigrated to the United States with his sister and parents in 1969, after the triumph of the Cuban revolution led by Fidel Castro. 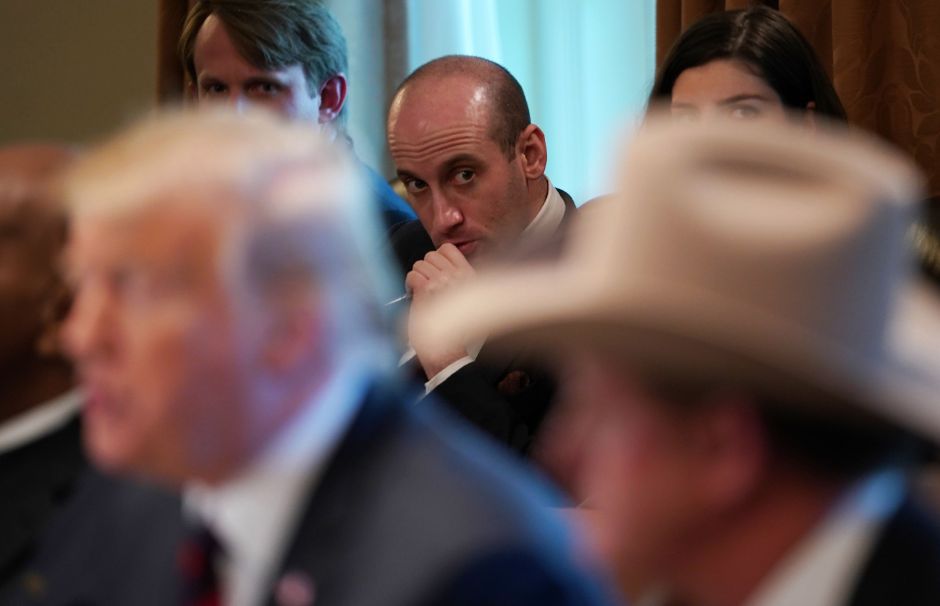 Stephen Miller, the architect of Trump’s policy against immigrants, has coronavirus | The NY Journal