They predict a fatal national winter

“I think, unfortunately, Before February, we could be close to 450 thousand Americans killed by this virus, “predicted the head of the Centers for Disease Control and Prevention (CDC), Dr. Robert Redfield, after the country set a new record of cases yesterday in a single day, exceeding 200 thousand for the first time.

At the moment, officially almost 280 thousand people have died from the coronavirus in the US, in addition to thousands of more “probable” deaths, being the most affected country in the world.

And the situation looks far from improving. Rather, Redfield cautioned that the next few months will be among the “most difficult in the history of this nation’s public health.”

“The concerns about mortality are real,” Redfield said. And he added that the country is now in the range of reporting between 1,500 and 2,500 deaths daily, and that the numbers will worsen during the winter. Yesterday the nation reported a record number of daily deaths: 2,777.

That’s roughly a 63% increase, a puzzling prospect that the White House stressed earlier this week when he said that “The risk of COVID for all Americans is at a historic level.”

However, some places are still safer than others. Redfield said he was “disappointed” when New York City closed its public schools last month for in-person learning, a move that drew strong criticism of Mayor Bill de Blasio. among health experts, local politicians and parents alike, he highlighted NBC News.

The positivity rate within schools has been a negligible fraction of that of all of New York City, and Redfield agreed with others yesterday when he said that classrooms don’t seem to drive the spread.

Younger students (3-K, pre-K, and K-5) and special education students will be able to return to their buildings in person next Monday, while middle and high school students will have to wait at least until the start of the next year. Weekly random testing will be mandatory for students and staff, and students will not be allowed to attend classes on the first day unless their parents have signed a consent form.

De Blasio says he wants all elementary schools to offer classroom learning five days a week, starting on Monday, if possible. His statement was a boost for parents who want their children to enroll in school in person full time, although some have found their schools are not on the same page as the mayor. 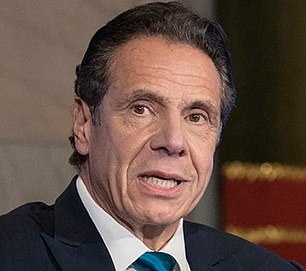 Cuomo says he expects 170,000 doses of Pfizer’s vaccine this weekend