According to the San Francisco Chronicle, Breed celebrated socialite Gorretti Lo Lui’s 60th birthday on November 7 at the three-star Michelin restaurant in Yountville.

Lui is the vice president of the San Francisco Symphony’s Board of Governors. Her husband, Lawrence Lui, is the president of Stanford Hotels and a hotel developer. His father is Hong Kong billionaire Che-woo Lui.

Breed had taken a few days off after the November 3 election and joined seven others at the gathering.

The group dined in a similar partially enclosed room as Newsom did at the restaurant the day before.

A spokesperson for Breed said that the party was a ‘small family birthday dinner’. It’s unclear who all attended the event.

The French Laundry is in Napa County, which at the time of the dinner was allowed to offer limited indoor service. It now is among 41 counties that can only serve outdoors.

‘Now, with case rates rising, and Bay Area counties moving back into the purple tier, she is once again limiting her actions and is encouraging all San Franciscans to do the same,’ Breed’s spokesperson said.

In a November 10 statement, Breed, who has issued stricter guidance than the entire state for restaurants and other businesses, said: ‘I cannot emphasize enough how important it is that everyone act responsibly to reduce the spread of the virus.

‘Every San Franciscan needs to do their part so that we can start moving in the right direction again.’

Breed was the first mayor in the U.S. to issue a city-wide lockdown at the start of the pandemic. On March 16, she ordered that all residents stay home for three weeks and banned all non-essential activities. California issued a statewide order three days later on March 19.

Her participation in the birthday celebration came just a day after Newsom was photographed dining at the French Laundry. 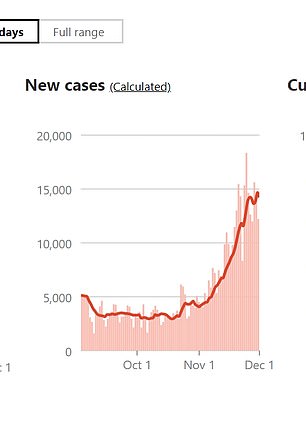 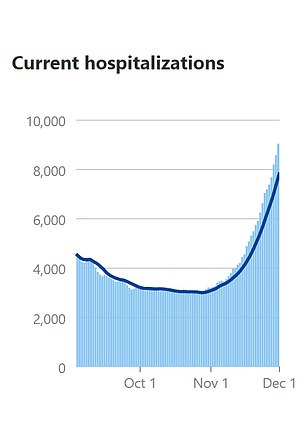 Following the incident, Newsom said he made a ‘bad mistake’ by attending a friend’s birthday dinner during a spike in coronavirus cases and promised to ‘own it’ and move forward.

His administration didn’t acknowledge the dinner until a week later when a reporter was tipped and asked about it.

Newsom apologized and described the dinner as outdoors.

But photos show Newsom and his wife, Jennifer Siebel Newsom, sitting maskless around a crowded table of 12 inside a room that was enclosed on three sides.

The fourth side was open, though the woman who took the photos and provided them to Fox 11 said a sliding glass door eventually was closed after Newsom’s group became loud.

Newsom’s gathering was followed by another that involved eight California lawmakers who flew to Hawaii for a policy conference despite health officials warning against out-of-state travel.

At least seven assemblymembers and one state senator from districts around California were among 75 people who attended a conference last month hosted by the Independent Voter Project (IVP) at the five-star Fairmont Kea Lani Hotel in Wailea, Maui, according to the Los Angeles Times. There are more than 13 million cases of the coronavirus in the US with at least 269,667 deaths Several of those legislators have now come out to defend their decision to ignore California’s travel warnings – arguing that their attending the conference was important because it includes discussions about pandemic policies.

California is one of two states that have surpassed 1 million confirmed cases of the coronavirus. Texas became the first state to surpass the 1 million mark last month.

There are more than 1.2 million cases of the virus in the state with at least 19,141 deaths.

According to the San Francisco Department of Emergency Management, within the last three weeks, ‘SF’s COVID-19 cases have tripled’.

‘We have more virus circulating than ever before, and it shows no signs of slowing down. We all need to do our part to protect everyone. #StayHome as much as possible and do NOT travel or gather indoors,’ the agency wrote on Tuesday.